UGA Union Says Campus Parking Is Too Expensive for Employees 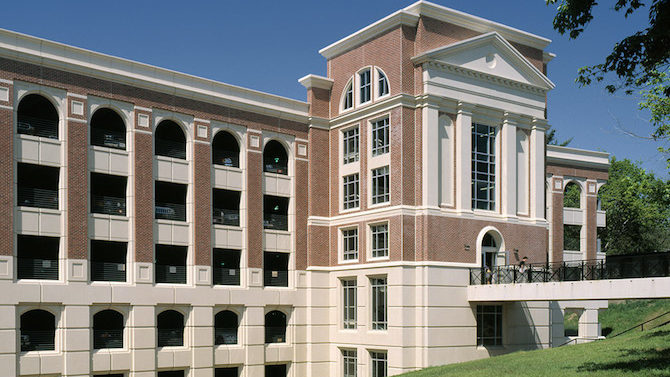 The nearly two-year-old United Campus Workers of Georgia has taken on employee parking costs as a new challenge for its 150 members, and more than 30 union members met late last month to discuss the issue.

The union—formed in 2016 after the University of Georgia angered many employees by changing their payroll schedule—is asking the university to adopt a sliding-scale fee schedule for parking. Permits now range from $20–$40 per month, depending on the convenience of the lot’s location.

The union argues that the costs are too high for many of its workers, and says that 71 percent of respondents to a recent union-sponsored survey complained that current parking fees are “burdensome.” The union also points to Clemson University and the University of North Carolina’s sliding scales. Clemson workers who earn less than $30,000 pay only $24 per year, while those employees earning more than $200,000 pay $440 per year.

To initiate the campaign, union spokesperson Joey Carter recently presented the sliding-scale concept at a UGA staff council meeting, where the idea was received positively, according to Carter. The presentation marked the first time the council—a formal body of more than 160 staff members with representatives from each school and division of the university—had officially heard from the union.

Days after the late-June union meeting, the university’s Transportation and Parking Services office sent a note to UGA parking patrons announcing a new $10-per-month option—one-half the price of the current lowest parking fee—to park at a lot just outside the Loop off College Station Road. From there, employees will take a shuttle to their places of work. Athens Transit also offers shuttles to downtown and North Campus from the free ACC-owned park-and-ride lot at Oconee Street and the Loop; city buses are free for UGA faculty, staff and students.

Carter wrote in an email about the university’s new pricing option, “When we organize, when we push, we see change. But UGA needs to do much more than this. UCWGA will continue organizing and pushing for an equitable parking sliding scale and for a living wage.”

UGA spokesperson Greg Trevor commented in an email, “The university offers different rates based on the location of the parking facility. The institution is continuously exploring ways to enhance the working and learning environment on campus, including the addition of a new lower-cost park-and-ride option that is opening this fall at the corner of College Station and North Oconee Access Road.”

UGA philosophy professor and former Democratic congressional candidate Richard Winfield, a member of the union, said parking costs hurt graduate students who he said “are teaching under conditions where they can’t support themselves,” and are among the lowest-paid university employees. Winfield agreed that the university should adopt the Clemson sliding-scale model. “The university should be a model employer,” he said.