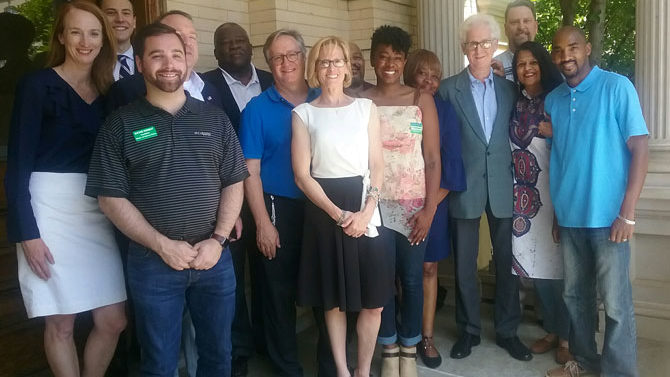 The mayor’s race entered the home stretch with Richie Knight and Commissioner Kelly Girtz in the best position financially. Girtz reported raising nearly $21,000 in February and March in campaign finance documents filed last month, bringing his total to $46,000, and he had more than $10,000 on hand as of Mar. 31. Knight raised nearly $10,000 during the last reporting period and $30,000 overall, and had $16,000 on hand. Harry Sims had raised just $10,000 total—including $1,000 from 2006 mayoral candidate Charlie Maddox, who is heavily involved in his campaign—and had $485 on hand.

Despite getting into the race late, District 7 candidate Carl Blount amassed more than $17,000 in just three weeks, primarily from family members, lawyers and developers. Russell Edwards, however, had him beat with neary $26,000 left on hand out of the $31,000 he’s raised. Another late entrant, Bill Overend, had raised a little under $3,000 as of Mar. 31.

Edwards and District 9 candidate Tommy Valentine—who raised about $27,000—have probably both shattered the record for money raised by a commission candidate. But Valentine burned through much of his cash and had just $6,000 left five weeks ago. (He donated $500 to District 2 candidate and former campaign manager Mariah Parker and paid Imani Scott-Blackwell’s qualifying fee to run for school board.)

If money is any indication, District 5 Commissioner Jared Bailey may be in trouble. He raised just $4,100—but his few donors may be more influential than most. He counts among them Commissioner Jerry NeSmith, former commissioners Kathy Hoard and Ed Robinson and planning commissioner Lucy Rowland. Challenger Tim Denson raised more than $10,000, mostly in small donations, and Danielle Benson raised nearly $16,000, including a large number of three-figure contributions from residents of the affluent Moss Side subdivision.

Money won’t be much of a factor in District 1, where incumbent Sharyn Dickerson and challenger Patrick Davenport  both raised around $5,000. It’s interesting to note, though, that Mayor Nancy Denson, Hoard, former commissioner Tom Chasteen and Laura Carter, widow of Commissioner Charles Carter, are among Dickerson’s supporters. Democratic congressional candidate Richard Winfield and school board members Thornton and Greg Davis are in Davenport’s corner.

In District 3, incumbent Melissa Link raised a little under $8,000 to challenger Tony Eubanks’ $4,500. Edwards, Hoard, Davis and a slew of progressive activists are backing Link. Eubanks did not report any contributions of over $100, the threshold over which candidates are required to list donors’ names.

In District 2, neither Taylor Pass nor Parker’s disclosures were posted on the ACC Board of Elections website.