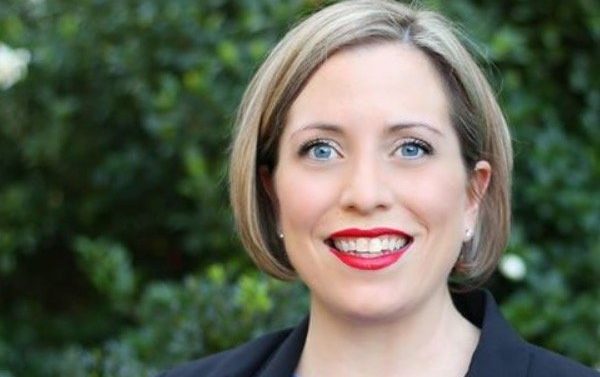 You have to hand it to Richard Dien Winfield—he is ambitious. The University of Georgia philosophy professor is attempting to win a deep-red congressional district on a New Deal-esque platform, and the May 22 primary is “of fundamental national importance,” he said. If and when he arrives in Washington, he believes his powers of persuasion will lead Democrats and Republicans alike to embrace a federal guarantee of a job for everyone at $20 an hour or more.

But would he vote for Nancy Pelosi—reviled as a San Francisco socialist by the right and a centrist by the left—for speaker? “I will be a candidate for that position if asked,” Winfield responded during a forum at Mount Pleasant Baptist Church Apr. 16.

Chalis Montgomery, also running for the Democratic nomination in Rep. Jody Hice’s District 10, said Pelosi has become a divisive figure, but noted that she got a lot done during her first run as speaker, from 2007–2010. Experience and the ability to build coalitions are important, she said, and she would wait her turn for a leadership position.

One of the Republicans running to unseat Hice, Bradley Griffin, said it doesn’t matter who’s speaker. He used the question as an opportunity to pivot to what he called a bipartisan issue—the federal ban on industrial hemp production, which he said is costing American farmers and manufacturers $10 billion per year.

“Your Congress sounds like it’s going to be a lot of fun,” Montgomery quipped.

Griffin and Montgomery had a sharper exchange on guns, when Montgomery accused him of saying that liberals are the cause of gun violence in America. “That’s a lie,” Griffin said. “Well, it’s on video,” Montgomery replied.

She went on to call for a ban on bump stocks (devices that turn semi-automatic rifles into automatics), stronger background checks and preventing domestic abusers from accessing guns. She accused Second Amendment supporters of forgetting the Second Commandment—referring to the prohibition of idols or graven images, in the Protestant tradition.

Griffin said he supports stronger background checks, but ultimately “‘shall not be infringed’ was written to mean ‘shall not be infringed,’” he said. He opposes raising the age to buy a gun to 21. More people are killed by stabbing than shooting, he said, and Switzerland has little gun violence despite permissive gun laws. The former paratrooper also defended AR-15s, the type of military-style rifle used in many mass shootings. The bullets “are made to bounce around and not kill you,” he said (although trauma surgeons say that tumbling quality makes the weapon far more deadly than most).

Winfield called for a ban not only on semi-automatic rifles, but semi-automatic pistols as well. Guns are “a public safety threat and a threat to our democracy,” he said.

Both Montgomery and Winfield said they support public financing of elections and overturning Citizens United, the Supreme Court ruling allowing unlimited, undisclosed “dark money” in politics. Griffin said he supports reform, but overturning Citizens United would silence valuable voices. A third Democrat in the race, Augusta nurse Tabitha Johnson-Green, said she would keep the existing $2,700 limit on campaign contributions but did not address contributions to super PACs.

Hice and fellow Republican Joe Hunt did not participate in the forum. Johnson-Green, Montgomery and Winfield will face off again at an Atlanta Press Club debate Tuesday, May 1, which will be aired at 3:45 p.m. on Georgia Public Broadcasting.