A Guilt-Free Way to Spend Your Trump Tax Cut 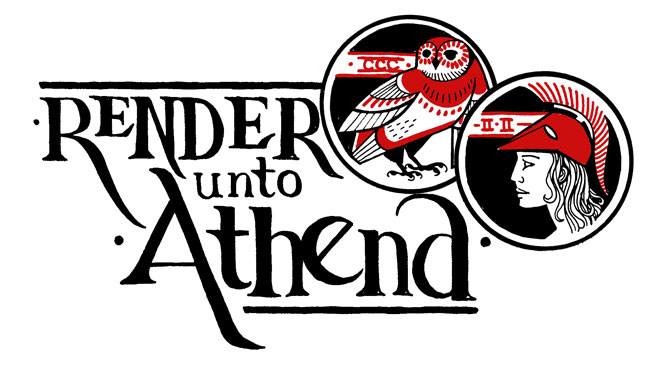 Given that this is the People’s Republic of Athens-Clarke County, bastion of the #Resistance, a lot of folks are probably feeling a little guilty about the extra few bucks they’re getting in their paychecks courtesy of Donald Trump and congressional Republicans.

Guilt trip no more. Fenwick Broyard has a solution.

Broyard—the former Community Connection executive director who moved to Nashville to study theology last year and plans to return after graduating—is starting a new program called “Render Unto Athena,” and he’s asking everyone in Athens to donate their Trump tax cut to charity in “an act of simultaneous compliance and defiance.”

Broyard told Flagpole he came up with the idea while writing a speech for an event commemorating the 50th anniversary of Martin Luther King Jr.’s assassination that was later canceled, but he liked the idea so much he moved forward with it anyway, assembling a team in a matter of weeks that includes former My Athens director Rachel Bailey and noted local artist David Hale, who designed a logo and posters for the program. He roped in the Athens Area Community Foundation and local nonprofit The Ark, and asked the pastor of Hill Chapel Baptist Church for speaking time Sunday, Apr. 15 (tax day) to officially kick off the effort. (He said his sermon will be based on the Biblical phrase “Render unto Caesar what is Caesar’s; render unto God what is God’s,” as well as Mark 12:41–44, the story of the widow whom Jesus said gave more than the rich men because she gave all she had.)

Households that earn $25,000–$50,000 will receive an average of $320 annually because of the tax cut. The idea is that, if each of Athens’ 40,000 households donated that amount, Render Unto Athena would raise $12 million a year, or $84 million over the seven years before the cuts expire. Rather than buy an extra latte or two a week, that money could be used to hedge against federal cuts to health care and social services and protect the nearly 30 percent of Athens residents (not counting students) who live in poverty. “That could turn the town upside down,” Broyard said.

The community foundation—which manages endowments as a sustainable source of funding for charitable organizations—is setting up an account to accept donations. The money could be used for a variety of causes, but Broyard would like to see at least some of it go to The Ark for Individual Development Accounts, a tool that matches the savings of low-income individuals to help them buy a home, attend college or start a business.

After a citizen came to the podium at the Apr. 3 Athens-Clarke County Commission meeting for what must have been the 50th time asking for the commission to follow the example of cities like Atlanta, Clarkston and Savannah by passing a “parallel ordinance” reducing the penalty for possession of less than an ounce of marijuana to a small fine, Nancy Denson explained why that will never happen as long as she’s mayor.

“We could have one of our officers observe a drug deal go down on a corner between two 18-year-olds,” she said. “The one purchasing the marijuana, if he was purchasing less than an ounce, could be cited under the local ordinance and given a small fine or a citation where he would be responsible for a fine, and be on his merry way. The young man or lady who sold the marijuana would have to be cited under state law, which is possession with intent to distribute, which is a felony charge, and they would be arrested and booked and would end up having a record.

“The argument is we don’t want to be ruining lives because of small amounts of marijuana, but we would be deciding which lives to ruin. I think we would be sending some very, very bad mixed messages to the young people in our community.”

Which brings to mind the old saying: “Don’t let the perfect be the enemy of the good.”

In other business, the commission also approved a new Leisure Services Department program supplementing partial “scholarships” for low-income youth with vouchers funded by private donations. The commission eliminated full scholarships last year after Leisure Services officials told them that parents of scholarship recipients were signing their kids up for a bunch of activities that they didn’t always attend, taking up spaces in programs for which there are often waiting lists. Commissioners also voted to approve plans for a CarMax dealership on Atlanta Highway and tweaked the local demolition ordinance to set an 18-month deadline to demolish a building after receiving a permit, rather than five years.

On a related note, Commissioner Melissa Link once again raised the issue of the Hancock Corridor neighborhood, where the commission declared a one-year moratorium on residential demolitions last May in response to rumors that the owners of The Varsity were planning a mega-development that would involve tearing down the fast-food restaurant and surrounding homes and businesses. Little progress on protecting the neighborhood has been made since, and Link asked the Planning Department to reach out to the community to discuss rezoning it from multi-family to single-family, which she said is supported by many residents.

Superintendent Demond Means presented his first budget proposal to the school board Apr. 5, and it was… kinda boring. Thanks in part to Gov. Nathan Deal adding $187 million to the state budget for schools and fully funding the Quality Basic Education formula for the first time, the Clarke County School District won’t run a deficit next year after dipping into reserves most years since the Great Recession hit a decade ago.

“I don’t know if the spirit of Zell Miller hit [Deal] or what happened,” Means joked.

In addition to the state’s unexpected $1.3 million infusion, the local property tax digest is up 4.6 percent, Means and Chief Financial Officer Larry Hammel found $1.6 million to cut from operating funds, and the district is selling off outdated technology for $120,000.

But insurance costs and contributions to the teacher retirement fund also rose, eating up most of that money. What’s left Means wants to spend to put an instructional coach in every school, and he set aside $150,000 to implement recommendations from an upcoming security audit. An additional $1 million mid-year adjustment from the state will go toward reducing class sizes, Means said.

Including E-LOST (the school version of SPLOST, which funds construction and capital costs) and federal Title I money, the total CCSD budget is $195 million, up $3.5 million from last year. Finances are not a problem for the district, according to Means. “We are very lucky to live in a county with such a rich, robust tax base,” Hammel said.

Three public hearings on the budget will be held next month.