Rep. Jody Hice Has Opposition, but Beating Him Is a Long Shot 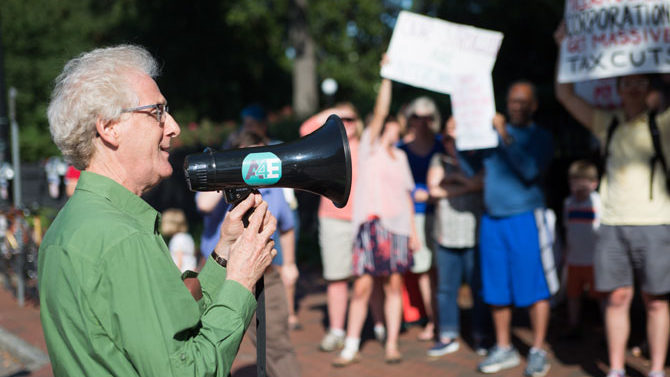 At least three people have said they’re running against Rep. Jody Hice, an anti-Muslim, anti-gay Walton County Republican and one of the Freedom Caucus members who only reluctantly voted for the GOP health-care bill because it wasn’t quite cruel enough.

Local Democrats are buzzing particularly about Chalis Montgomery of Barrow County, who, as a former minister, can perhaps challenge ex-pastor Hice’s Christian bona fides, and has a compelling personal story involving her daughter, who was diagnosed with rheumatoid arthritis at age 2 and whose costly medical care is threatened by the GOP’s health-care bill. UGA philosophy professor Richard Winfield and Augusta-area resident Kellie Lynn Collins have announced their candidacies, as well. [Clarification: Winfield says he is merely exploring a run, as he will have to take a leave of absence from his job once he’s officially a candidate.]

It warms a crusty, cynical journalist’s heart to see people engaged and active in the political process, and I happen to believe every elected official ought to face opposition just as a matter of principal. However, I’d be in dereliction of duty if I didn’t warn y’all not to get your hopes up.

Safely ensconced here in our bubble in the People’s Republic of Athens-Clarke County, it might be easy to imagine a liberal savior storming the barricades to deliver us from Hice. Unfortunately, by population, Athens is just a fifth of the 10th Congressional District. It’s said so often it’s become a cliche, but all around this blue island is a sea of red—counties that are just as conservative as Athens is liberal, if not more so. Drive 20 minutes from downtown in any direction, and you’ll find yourself in Trumpistan. These voters are unlikely to be persuaded. Research shows that voters are more stubborn than ever—once we pick a team, we rarely switch sides.

The highly respected Cook Political Report’s Partisan Voter Index rates the Georgia 6th as an R+8 district, meaning that a generic Republican would beat a generic Democrat about 57–43. (Subtracting third parties, the nation has voted 51.5 percent Democratic and 48.5 percent Republican in the past two elections.) The 10th is an R+15 district, so Hice could be expected to win 63 or 64 percent of the vote in a typical election. He beat Democrat Ken Dious by 33 points in 2014. No one ran against him last year, but Trump won the district by 25 points.

And whoever emerges from the primary to challenge Hice will lack resources and backing from the national party. In the 6th, Democrats poured $30 million into the race, and Jon Ossoff still lost. The 6th (and the Georgia 7th, a demographically changing Gwinnett County district represented by Rob Woodall) are on the list of 79 Republican-held House seats the Democratic Congressional Campaign Committee plans to contest in 2018. The 10th is not. From a national perspective, it’d be pointless to waste money in the 10th when there are far more winnable districts to help them get the 24 seats they need to take control of the House. 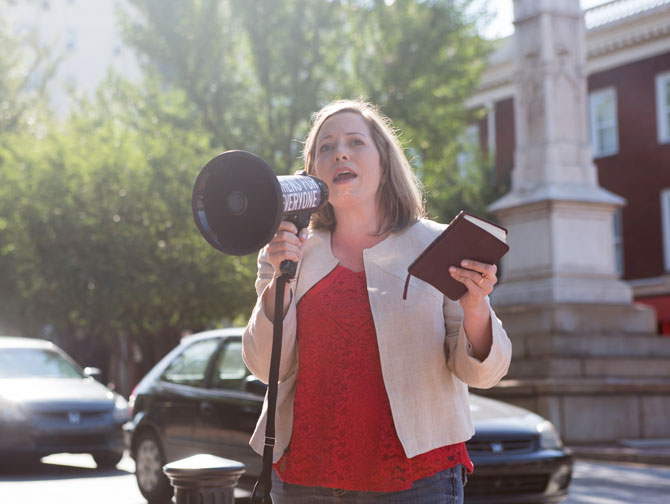 Compounding matters, early indications are that Winfield and Montgomery may be too far to the left, as well. Both have endorsed single-payer health care. (I have yet to meet Collins, and her website is unclear on this topic.) That’s a winning issue in Athens, where Bernie Sanders won nearly half the vote in the primary, but outside the city? Where Paul Broun racked up huge margins by railing against the Affordable Care Act, and Gov. Nathan Deal did the same by refusing to expand Medicaid? Probably not so much.

Maybe I’m wrong, and 2018 will be a wave election of such Biblical proportions that it will sweep away the likes of Hice. In the Trump era, anything can happen. But I wouldn’t bet on it.

• AT&T is offering $10-a-month internet access to low-income families. Households are eligible if at least one person receives SNAP benefits (aka food stamps). Go to att.com/access or call 1-855-220-5211 to apply.

• Athens-Clarke County is creating a new sustainability office, staffed by Environmental Coordinator Andrew Saunders and Mike Wharton, the former Greenway administrator who was given a new role in a controversial Leisure Services shakeup in 2011. It will be a unit of the manager’s office, making it easier to coordinate environmental stewardship and conservation across departments, Manager Blaine Williams said.

• The ACC Library has received a $100,000 grant from EBSCO Information Services to build a “sunshine garden” with a ground solar array. The library is also in talks with the Clarke County School District to start a STEM (science, technology, engineering and math) solar lab.

• Speaking of CCSD, longtime administrator Ernest Hardaway has retired. The district gave him a sendoff June 29. Also last week, the Board of Education approved the hiring of Lindsay Chatham—a UGA graduate who’s currently an elementary school principal in Gainesville—as the new principal at Cleveland Road Elementary, filling the last of the county’s six vacancies.