Will T-SPLOST Suit Voters to a T? 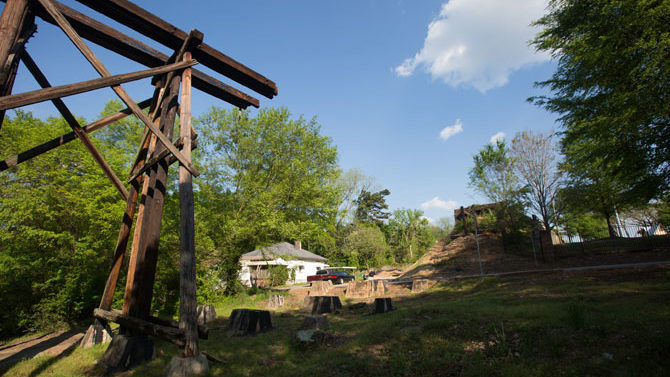 Since the late ’90s, when Athens citizens started to lobby for better bike and pedestrian infrastructure, such things have fallen under the rubric of “alternative transportation,” as in alternatives to cars. But just as alternative weeklies like Flagpole can struggle to define themselves against ever-shrinking “mainstream” news outlets, when one of millennials’ top priorities is to live and work where they don’t have to drive, maybe cars are becoming the alternative.

The citizen committee that has a chosen a tentative list of projects to fund with a 1 percent sales tax for transportation on the November ballot seems to realize this. By dollars, 53 percent of its $102 million proposed list is made up of bike and pedestrian improvements, and 12 percent would go to transit, versus 33 percent for roads.

But that list can change. Its makeup is now a political decision in the hands of Athens-Clarke County commissioners, who had very little to say about it after a brief presentation June 13 by T-SPLOST Committee Chairwoman Alice Kinman.

“I was hoping to get a little more indication of where [commissioners] were going,” transportation activist Tony Eubanks said. “Obviously, Complete Streets Athens is concerned about some of the things that aren’t being funded. We’d like to support it.”

To whittle down $250 million in proposals, the T-SPLOST committee has already cut back a number of projects, including the Greenway, Firefly Trail and sidewalk and bike-lane funding. Intriguing projects left out entirely include $2.7 million for a Brooklyn Creek greenway (which a consultant for the West Broad committee described as potentially transformative for the neighborhood); $7 million for the Clayton Street streetscape improvements that were put on hold several years ago after bids came in high; $6 million for pedestrian improvements on virtually uncrossable West Broad Street; $2.4 million for a roundabout at Whitehall Road and Milledge Avenue; and $2.5 million for increased frequency on several Athens Transit routes. All worthy projects, but even $100 million doesn’t go very far in the transportation world.

And some commissioners—including Jerry NeSmith, who discussed this topic with me and co-panelist Gwen O’Looney on WUGA’s “Athens News Matters” last week—will be pushing to ax more “alternative transportation” projects in favor of roads, which NeSmith said is essential to convincing residents outside the Loop to vote for it. The flip side of that, of course, is that if intown residents see the list as too auto-centric, they’ll vote against it. Some road spending is needed, though—ACC has a long backlog of roads that are overdue for repaving, just like it has a long backlog of neighborhoods that need sidewalks. Striking a balance is key.

“It’s so important that people look at these projects and don’t see too many just for fun, somebody’s pet project,” Kinman said. But the committee sees projects like Firefly Trail as “genuine transportation projects,” not just recreational.

Commissioners will take public input at their July 5 and 18 meetings before voting on a final project list Aug. 1, and citizens can also comment online. Both Complete Streets Athens and Athens for Everyone have posted handy T-SPLOST guides, as well.

The Murmur Trestle Is a Goner

Part of the Firefly Trail funding will go toward a pedestrian bridge over Trail Creek in Dudley Park—something that’s been left out of the project so far because of the cost. Without the bridge, walkers and bikers would have to leave the trail and take a series of switchbacks down into Dudley Park and back up into downtown, kinda defeating the purpose of the level, easy path that an abandoned railroad provides.

That new bridge would run parallel to the so-called Murmur trestle that has become something of a tourist destination since being featured on the back cover of R.E.M.’s first LP, but has continued to fall into disrepair since CSX partially demolished it in 2000. What would happen to the Murmur trestle? Well, nothing, until it eventually collapses.

“There’s going to be a lot of brouhaha if that trestle starts to come down without a public conversation,” Commissioner Melissa Link said.

Music historian Paul Butchart submitted a request for $2.9 million in T-SPLOST funding to stabilize, repair and replace the trestle. The problem is, according to an ACC engineering study, the trestle could only support a six-foot-wide path—less than half the width of the rest of the trail—so that option isn’t supported by cycling advocates. A parallel bridge would be needed anyway, rendering the trestle merely decorative, and if the trestle isn’t used for transportation, it’s not eligible for T-SPLOST. Meanwhile, the feds have told ACC officials they can’t touch the trestle unless they fully restore it, so it continues to rot.

Match up to $30 million in state and federal grants.

Extend the rail-trail from Winterville Road to the Oglethorpe County line.

Could pay for medians, sidewalks, bike lanes and/or multi-use paths.