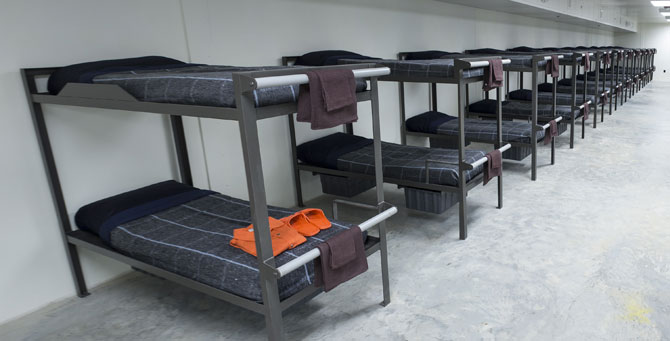 At least one commissioner and activists are raising questions about the Clarke County Sheriff’s Office’s choice of a contractor to provide medical care at the county jail.

Sheriff Ira Edwards and Chief Jailer Tommy York have recommended Armor Correctional Health Services Inc. for a five-year contract paying nearly $1.7 million next year, rising each year to $2 million in fiscal 2022. The current contractor, CorrectHealth Athens, lasted just one year, and the contract was opened up for bidding, with five companies responding.

Athens for Everyone’s Tim Denson expressed concern about Armor in a letter to the Mayor and Commission, citing “questionable deaths” in New York, Milwaukee, Oklahoma and Florida. “At the least, the contract with Armor Correctional Health Services needs be debated thoroughly,” he wrote. “I believe that this contract should be rejected and that Armor should not be hired due to the serious concerns stated above.”

Commissioner Melissa Link said at the commission’s Apr. 18 agenda-setting meeting that she has also heard concerns. She asked Manager Blaine Williams how well the bidders were researched.

“I’m not discounting at all what was said” by critics, Williams said. “I did a quick search on the other respondents, and it seems to be something that happens in the industry. With the people in their care, in those adverse conditions, things happen, and there are lawsuits that result… We can talk more with the sheriff and hear from them.”

A mother filed a lawsuit against the Clarke County Sheriff’s Office last year over the death of her 22-year-old son while in custody, alleging that he was denied treatment after complaining of chest pain, dizziness and shortness of breath.

The commission is scheduled to vote on the contract Tuesday, May 2.