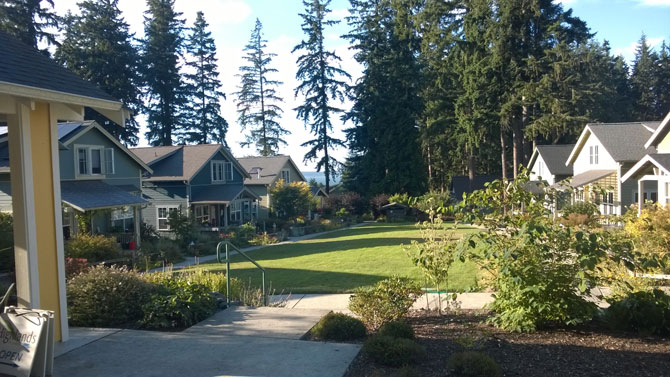 Lots of Athens residents have been lobbying for tiny houses, and while at about 600 square feet they may not technically be “tiny,” a Savannah developer has submitted plans for some very small cottages in the Hancock Corridor neighborhood.

Laurie deVegter combined seven lots that were too small to build on under ACC’s code and is proposing five one-bedroom houses on the resulting half-acre parcel between West Hancock and Indale avenues near the intersection with North Billups Street (in addition to a three-bedroom house that would remain in place). She called it a “pocket neighborhood” with a common lawn and parking—the first of its kind in Athens—at the Dec. 8 ACC Planning Commission meeting, and said it could help meet a need for affordable infill housing.

Nearby residents don’t like the project, though. They said they’re worried about too-dense development, loud music and people coming and going at all hours. “We really need to look at these things, not just put up stuff any old way,” Joseph Bell said.

In a twist, deVegter could build the cottages tomorrow without seeking permission, because the property is zoned multifamily, but they would have to be rentals, because she couldn’t subdivide the lot. Approving her plan would allow her to sell them individually as single-family homes.

It became apparent as the meeting went on that deVegter did not communicate with the neighbors, who were envisioning the three-story student rentals that have come to dot the Hancock Corridor over the past decade. Planning commissioners told her to meet with them, sort things out and come back.