Global Warming in Georgia, Pedestrian Safety and the Discrimination Ordinance 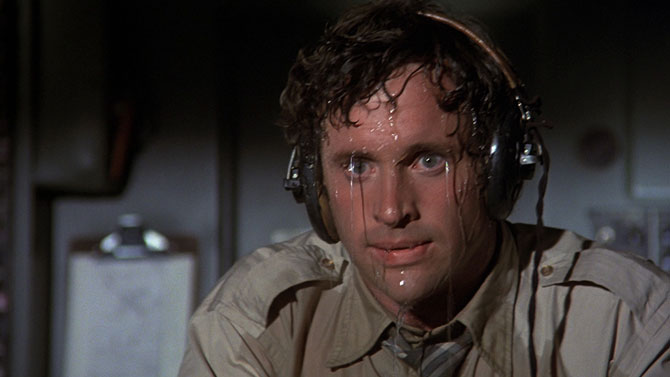 2015 was the hottest year on record. This year is likely to beat it. Last Wednesday was the 108th day this year that Athens has hit 90 degrees. (Yes, it’s almost Halloween, and we’re still wearing shorts.) The average number of 90-degree days in a year is 58.

It’s hot out there, y’all. So now’s as good a time as any to talk about climate change.

Of course, it’s never a good idea to draw conclusions about climate from a small sample size, as UGA agricultural climatologist Pam Knox noted last week during a presentation on the topic sponsored by the Athens-based Georgia Climate Coalition and the Citizens’ Climate Lobby, a national organization that wants to tax carbon emissions to discourage fossil-fuel burning and send the money to households to offset higher energy costs.

Temperatures vary from year to year, but over the past 120 years or so, it’s clear that there has been a “very, very slow increase in temperature in Georgia,” Knox said.

Climate change is already wreaking havoc across the globe—heat waves, floods, drought, melting ice caps—but Georgia has been spared the worst of it. That’s probably because, in the 1960s, agriculture started moving to California, where there are fewer pests, and much of Georgia’s cropland was planted with trees, Knox said. “That is a human change in climate,” she said.

Like temperature, precipitation varies, too, and there are lots of variables—ocean cycles, natural warming and cooling cycles, maybe even sunspots—but, recent droughts aside, Georgia is in the midst of a long wet period, and rainfall isn’t changing much long-term, Knox said. However, although the amount of rain is about the same, Georgia is seeing heavier rains and longer dry spells, she said, which isn’t good for crops.

Looking out to 2100, some models predict that Georgia will continue to see very slight temperature increases, Knox said. But others predict the average temperature will rise as much as 10 degrees. People moving into (and paving over more of) North Georgia could accelerate warming. So could agriculture fleeing California’s drought and coming back to Georgia, where water’s more abundant—crops don’t have trees’ cooling effect, and animal husbandry produces the greenhouse gas methane. “There is very little doubt things are going to get warmer,” Knox said.

The effect on coasts and oceans will be much more devastating. For tens of millions of years, carbon dioxide in the atmosphere oscillated between 200 and 300 parts per million, according to Mark Farmer, a UGA cellular biologist. When people started burning coal to power trains and factories, CO2 started to spike. “It all balanced out until we started changing the equation at the beginning of the Industrial Revolution,” Farmer said.

For the past 60 years, CO2 has been steadily increasing by 2 parts per million, according to observations taken at a Hawaii observatory. This year, it hit a record 408 ppm. Before the Industrial Revolution, such increases took millions of years to accumulate.

In nature, trees consume CO2 in the spring and summer and release it when their leaves fall in autumn. But man is producing more CO2 than nature can absorb, and some of it is dissolved in the oceans, creating carbonic acid, which lowers the water’s pH level, making it more acidic. The current pH level is about 8.2. Using a simple equation (relatively speaking—I majored in English for a reason), scientists predict it will drop to 7.85 in 2100. The last time the oceans’ pH levels sunk so low was 250 million years ago—during the Permian Extinction, which killed 70 percent of life on Earth.

“This is still, to this day, the most frightening figure I’ve ever seen published in a paper,” Farmer said. “Biologists will tell you, basically the only thing living in the world’s oceans will be sea grass.”

The solution will be a political one, Farmer said. Sixty nations—including the U.S., China, India and the European Union—have ratified the 2015 Paris climate accords. The Obama Administration instructed state governments to submit preliminary plans for cutting CO2 emissions by September, but a lawsuit by 26 states (Georgia among them) has held up implementation.

Yet in 23 of those states (Georgia also among them) polls show that majorities support the Paris accords, Farmer said, noting that Republican President Richard Nixon formed the Environmental Protection Agency to clean up the nation’s air and water, and that as recently as 1990, Republican President George H.W. Bush acknowledged that climate change is manmade—heresy in the modern GOP. (Earlier this month, Athens Republicans hosted Ryan Adolphson, a biological and agricultural engineering professor at UGA, who confirmed that the climate is changing but said he’s not convinced people are causing the changes. Adolphson also said that a warmer climate could be good for Georgia farmers because it would mean a longer growing season.)

“This is not a partisan issue,” Farmer said. “The CO2 in the ocean doesn’t care what party you belong to.”

Better Crosswalks: A list of bike and pedestrian safety projects for fiscal 2017 is slated for an Athens-Clarke County Commission vote Tuesday, Nov. 1.

The list includes crosswalk improvements on Prince Avenue at Newton Street, Cobb Street and Piedmont College; a mid-block crosswalk on North Avenue between Fifth and Berlin; a radar speed sign (which has proven effective in slowing down drivers) on Hawthorne Avenue; moving the bus stop at Hawthorne and Oglethorpe closer to the fire station; upgrading the crosswalk at Forest Heights; adding a bus bay at the Hawthorne/Old West Broad/Old Epps Bridge bus stop; more crosswalk and bike lane upgrades and curb improvements on Baxter Street; new bike lane symbols on Barnett Shoals Road and an island at the movie theater entrance; green bike lane skip markings on Alps Road at Broad; a mid-block crosswalk at the bus stop on Gaines School Road; and handicapped-accessible ramps and crosswalks on Lumpkin Street.

Whew. That’s a lot of stuff for $144,000. And not much of it is on the Eastside, which sent commissioners Sharyn Dickerson and Andy Herod into a conniption.

The list drew surprisingly little public comment. Longtime Prince Avenue advocate Tony Eubanks could not attend the meeting, but sent commissioners an email opposing an overhead flashing beacon at The Grit crosswalk, predicting that the current beacons are sufficient—drivers see them, he said, they just won’t stop. He also said ACC should wait until the developer of nearby 100 Prince provides a Complete Streets analysis, which is a point commissioners said they agree with, so the Prince projects may be pushed back.

Discrimination Ordinance: Mayor Nancy Denson put the proposed ordinance banning bars from discriminating back on the agenda last week as promised, but it drew little discussion. It’s almost certain to pass, and so the Athens Anti-Discrimination Movement, Athens for Everyone, the NAACP and others are turning its attention to the proposal for a civil rights committee.

While the anti-discrimination ordinance has its roots in complaints that African-American UGA students are being turned away from downtown bars, “that kind of activity is an outgrowth of a broader phenomenon,” Girtz said in explaining the need for the civil rights committee. “It’s part of a broader tapestry of discrimination.”

A common misconception is that the committee would prosecute businesses accused of discrimination. That’s not the case, but it could educate the public, serve as a liaison to minority communities and make policy recommendations to the Mayor and Commission.

Besides Girtz, commissioners had little to say about the committee. That could mean it’s a done deal, it’s about to go down in flames, or it’s so controversial that no one wants to tip their hand. Stay tuned.