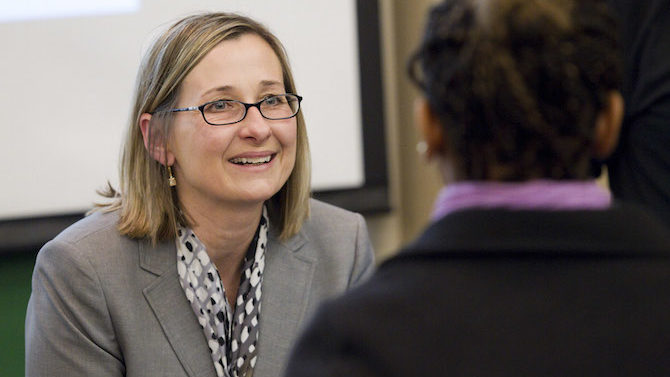 In a speech at UGA last week, Green Party candidate Jill Stein appealed to Bernie Sanders voters to support her for president. With many Sanders supporters struggling with whether to cast their ballots for Hillary Clinton (and some Republicans struggling with whether to support Donald Trump), Flagpole spoke to UGA political science professor Audrey Haynes about what “Berners” will do in November and her outlook for third-party campaigns.

Flagpole: Why do third parties never seem to catch on in the U.S.?

Audrey Haynes: Two main reasons: The rules do not make it easy for them to get on ballots and win seats, thus the news media tend to ignore them as lacking in terms of electability; and our two current parties are so permeable and broad-based compared to countries that have multiple parties that are more ideologically pure. Often when a third-party or independent candidate has good ideas that spark the public’s interest, one or both of the major parties co-opt parts of the message for their own.

FP: Do you see Sanders supporters moving to Stein, moving to Clinton or sitting it out?

AH: I think many of Sanders’ supporters do not even know who Jill Stein is. Poll data suggests that you would be hard put to find a strong 10 percent of the public who knows who she is, and that is her major problem. If Gary Johnson, the Libertarian at top of the ticket, is likely polling at 6–8 percent, and he has been on ballots, has held office and has a more cohesive base of libertarian voters, how will Jill Stein do when people walk into the voting booth?

She uses the language of “revolution” and talks about single-payer health care—she is a doctor, and that gives her some credibility on the issue—and she talks about ending unemployment and poverty, and that will appeal to some Bernie supporters, particularly the ones who will not and cannot in their souls vote for Hillary, but green issues are, sadly, not what the public is focused on right now. Security and the economy dominate, and these are not likely to pull very many votes away from Clinton to Stein from regular Democrats.

FP: How much potential is there for her to play spoiler like Ralph Nader?

AH: If the models are correct, Johnson takes votes away from Trump, so Stein taking votes away from Clinton, and potentially as many, will likely just dampen her win a bit. That is, all things stay basically the same. But there are likely to be gaffes, new political events and the candidates’ responses to them. So there could be an opening. But unless Stein and Johnson are on the general debate stages, it is very likely that the majority of people will have no idea who they are and therefore will not vote for them. My informed speculation is that true-blue Bernie supporters may stay home or vote for Hillary, as their fear of Trump trumps their animosity towards their own party’s candidate.