Does Anyone Care About Local Politics? 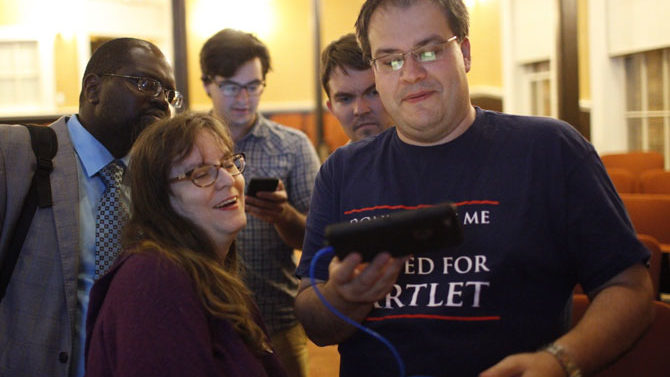 Last Tuesday’s election flew under the radar like no other in the 12 years I’ve covered Georgia politics.

“Huh?” you’re probably saying to yourself to right now. “There was an election? But I already voted for Bernie.” And you wouldn’t be alone. Just 10 percent of Athens’ 52,000 registered voters turned out. For comparison, turnout for local and state elections in May 2014 was a still-paltry 24 percent, and for the March presidential primaries it was 56 percent. In Oconee County, the turnout May 24 was 29 percent (also down from 2014).

Granted, state legislators messed with Athens’ election schedule a few years ago by moving nonpartisan races from November to coincide with partisan primaries. And there wasn’t as much on the ballot this year as two years ago. In 2014 Mayor Nancy Denson and two sitting commissioners faced challenges, and there was a hotly contested race for an open commission seat as well as a wide-open GOP primary for U.S. Senate.

But that points to apathy in and of itself. This year, none of the five commissioners up for re-election were challenged. Even with all the controversy surrounding the Clarke County School District this year, in three races only one person ran (incumbents Charles Worthy and Vernon Payne and Jared Bybee for an open seat). For the open District 8 BOE seat, UGA geography professor John Knox defeated lawyer Kamau Hull by 37 votes in an election that drew just 825 voters.

Deputy Tax Commissioner Toni Meadow won a promotion by beating Dave Hudgins with 62 percent of the vote in the Democratic primary (no Republican is running). All of Clarke County’s other constitutional officers and judges, including Sheriff Ira Edwards and District Attorney Ken Mauldin, are unopposed. So are Athens’ three state representatives, Democrat Spencer Frye and Republicans Regina Quick and Chuck Williams. State Sens. Bill Cowsert and Frank Ginn faced only token opposition in the GOP primary and will be back for another two years.

Angry Trump voters ended up having no impact on congressional races. One of Athens’ congressmen, Doug Collins of Gainesville, easily beat four opponents in the Republican primary, including Paul Broun, and has no Democratic challenger. The other, the ultra-conservative Jody Hice of Social Circle, is—stop me if you’ve heard this before—unopposed.

The upshot of all this is that the November ballot will be really, really short: president and U.S. Senate. That’s it.

Tech and Arts Incubator: Pamela Thompson, executive director of the Athens Downtown Development Authority, is working on a plan to boost the tech industry and the arts downtown, but the ADDA board is divided.

Thompson has included $75,000 to lease space for for an arts and tech incubator in her proposed budget. Currently the ADDA helps startups with rent by subsidizing the tech incubator Four Athens’ short-term leases on ever-shifting vacant office space downtown. The ADDA now pays landlords directly for 50 percent of the rent ($14,000 of $50,000 budgeted for the current fiscal year). Noting that local startups are quickly outgrowing their spaces, Thompson is proposing that the ADDA lease a bloc of office space and work with Four Athens to fill it.

Board member Regina Quick (who is also a state representative) expressed skepticism, questioning how such a plan would fulfill the ADDA’s mission of economic development. “I’m not interested in taking money away from parkers who are spending money downtown and property owners and giving it away,” she said. (Perhaps Quick should read the article on two rapidly growing downtown tech companies on p. 6.)

The program would be self-sustaining—funded in future years by rent collected, Thompson said. “We’ve talked about diversifying business downtown, bringing in offices,” added Mike Hamby, an Athens-Clarke County commissioner who serves on the board. “We want people working downtown” because that benefits restaurants and retailers, too, he said.

One issue is that Thompson hasn’t yet worked out the details. A formal proposal is coming in two or three months, she said.

Living Wage: When the Athens-Clarke County Commission votes on its 2017 budget June 7, it likely won’t include raises for 240 part-time and temporary employees who make less than $10.17 an hour, which MIT has identified as a living wage for a single adult in Athens.

The progressive group Athens for Everyone has been pressuring commissioners to include $78,000 in the budget to bring those employees up to the living wage. It became clear at the May 17 agenda-setting meeting that wasn’t going to happen—ACC Manager Blaine Williams had told commissioners earlier that those modest wages could create a cascade effect costing “millions,” and changing the pay scale would take a $300,000 study to sort out.

But several commissioners said they support a plan proposed by Commissioner Kelly Girtz to bring those part-time and temp workers up to $10.17 gradually over the next two years. Girtz said he wants Williams to embed 99 part-time year-round employees in ACC’s pay matrix by the end of the calendar year, because they should earn the same hourly wage as their full-time counterparts. Summer-camp temp workers would be brought in next summer, and poll workers by the 2018 election.

The debate has roughly mirrored the national one over raising the federal minimum wage. Commissioner Melissa Link pushed to act faster, noting that the cost of everything, especially housing, is going up, making it harder to live on Athens’ notoriously low wages. “We used to be a bastion of affordable living, and that’s no longer the case… and with our obscene poverty rate, it’s the right thing to do,” she said.

Commissioner Sharyn Dickerson resisted the idea, calling $10.17 “an arbitrary number” and said giving raises to those who make less would demean those who currently earn that amount. “We’d all like to be paid what the president of the United States gets paid [$400,000 a year], but we don’t have the knowledge, skills and ability, nor have we paid our dues to get there,” she said.

Commissioner Jerry NeSmith reminded Dickerson that MIT’s living wage calculator isn’t arbitrary. “It’s a floor,” he said. “It’s well established based on research on what a living wage is.”

Downtown Parking: Commissioners also said they’re on board with adjusting downtown parking rates as part of the fiscal 2017 budget, which kicks in July 1. Deck rates would drop from $1.50 per hour to $1, while the 75-cent rate for on-street parking would go up a quarter. Equalizing those rates should encourage people who are planning on staying downtown a while to park in the decks, opening up on-street spaces for people running quick errands and benefiting retailers by increasing turnover in those spaces.

And in future years, expect deck rates to drop further and to pay more to park in a metered space. “This is a step in the right direction, but we need to go further,” Commissioner Jared Bailey said. “Decks should be cheaper by far than the on-street parking.”

Link also lobbied for policies to encourage drivers to park on the outskirts of downtown if they’re looking for cheap spaces. “In a lot of cities they charge a premium price for on-street parking in premium areas,” she said, or ACC could extend the two-hour time limit on the edges of downtown.