The Hole Truth About New Development in Athens, Plus More Local News 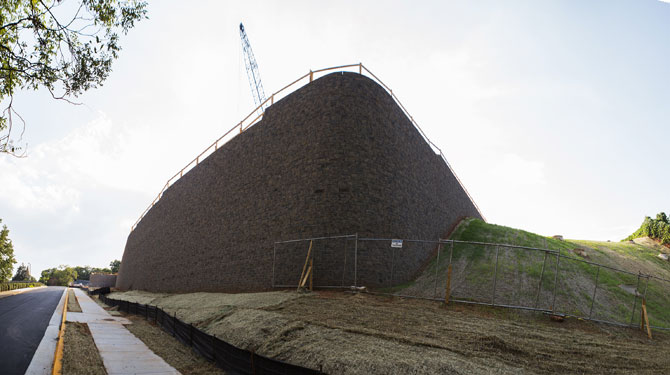 Especially if you’ve been gone for the summer, you may have been asking yourself as you drive around town, “Hey, self. What is that giant mudpit over there?”

Athens is in the midst of a construction boom, from Broad Street downtown all the way out to Atlanta Highway. Here’s a rundown on, as the old Athens Rising column used to say, what’s up in new development.

• Near the intersection of East Broad and Oconee streets is The Mark, another luxury student apartment complex. After the proposed Selig development went belly-up, Athens-based Landmark Properties swooped in, purchased the Armstrong & Dobbs property and broke ground on the project in January. It will include a total of 928 bedrooms, 38,000 square feet of retail space, 41,000 square feet of Class A office space, state-of-the-art fitness facilities, a golf simulator, a racquetball court, an indoor basketball court, tanning beds, a two-tiered rooftop pool with cabanas, a Jumbotron, outdoor grilling areas and a VIP floor with private rooftop patios and hot tubs. It is scheduled to open in time for the 2016 fall semester.

The Mark also features a Helm’s Deep-esque retaining wall on Wilkerson Street that just screams “Welcome to Athens!” The wall looks to be about 30 feet high, which is about five pickup trucks. This is totally fine, according to our zoning code. Unlike the Selig development, The Mark completely met the code and thus required no government (or public) approval. Not that many people cared, because there’s no Walmart, and apparently that’s all that mattered.

• There will be a Walmart, however, on Atlanta Highway across the street from Target, just east of the Ingles shopping center. But this Walmart is not downtown, and so no one is protesting it. The Walmart will be a “neighborhood market” that sells mainly groceries and is about a quarter of the size of a Walmart Supercenter.

• At the Broad Street–Milledge Avenue intersection, the Best Western has torn down part of the motel to make way for a seven-story tower, which will be fun for the people who live on Reese Street. The old Shane’s Rib Shack building will become the motel’s new office.

• Over on Dougherty Street is—you guessed it!—more luxury student apartments. This development includes about 200 bedrooms and, like The Mark, did not require approval, other than the ordinary permits.

• That silt fence on Prince Avenue where Allen’s used to be is the future site of a medical office with a parking deck that will dump hundreds of cars a day out onto little residential Yonah Avenue, something else that is A-OK, according to Athens-Clarke County.

I’m thinking about making this a regular feature. If you’re scratching your head about a big pile of clay and wondering what it’s going to be, take a photo and send it to me at news@flagpole.com with the location, and I’ll try to find out.

[Correction: This article has been updated to correct information about the Best Western construction.]

Bishop Park: ACC Leisure Services has released a draft of its master plan for Bishop Park and briefed commissioners on it last week.

The 33-acre park opened in 1974, and many of its facilities and infrastructure haven’t been updated since. With 400,000 visitors a year, it’s one of Athens’ busiest parks. “This park is very special to a lot of different types of people of all ages,” Leisure Services administrator Mel Cochran said. But it also suffers from a confusing layout and a lack of signage and pedestrian connections that mean some in the neighborhood don’t even know it’s there, Cochran said.

The centerpiece of the plan is a new 15,000 square-foot gymnasium—almost four times larger than the current building—to meet the demand for ACC gymnastics programs. Other changes include replacing one of three softball fields with a multi-use field, another multi-use field in the wooded northern end of the park, revamped parking with 70 additional spaces, new one-kilometer and quarter-mile walking trails, removing the covered tennis courts, a new pavilion with restrooms replacing the current picnic shelter and lots of new pedestrian entrances on Sunset Drive and Hawthorne Avenue.

Implementing the plan will cost an estimated $19.5 million, so it’s a long way off, and Leisure Services intends to do it in five phases. The next SPLOST likely will be the main funding source, although grants and community donations might help, too.

The commission was scheduled to discuss the plan again at its Tuesday, Aug. 18 work session and vote on approving it Tuesday, Sept. 1.

Cyclist Settlement: An Athens woman who was run over while riding her bike last year has won an out-of-court settlement of $850,000.

Melinda Lambert, 34, was riding on King Avenue when Kevin Weakley hit her while leaving his driveway. Weakley’s car sat on top of Lambert for 18 minutes before rescuers could lift it off her, according to her attorney, Kenneth Kalivoda.

Lambert, 34, suffered severe fractures of both hips requiring long screws to be inserted into them, a compound arm fracture, 13 broken ribs and head injuries. Her medical expenses were $220,000. The former Big City Bread pastry chef and server has been unable to return to work in the 18 months since the accident, Kalivoda said.

Weakley pleaded guilty to failure to yield the right-of-way. His insurance company (represented by state Sen. Bill Cowsert’s law firm) agreed to the settlement during a mediation session.

Media Matters: The Athens Banner-Herald has purchased the Oconee Leader, a right-leaning free weekly that went out of business earlier this year. So, instead of hiring a reporter to start covering Oconee County on a regular basis again, the company is resurrecting a failed paper that will compete with its own core product. Makes perfect sense.