Republicans Are Invading Athens This Weekend 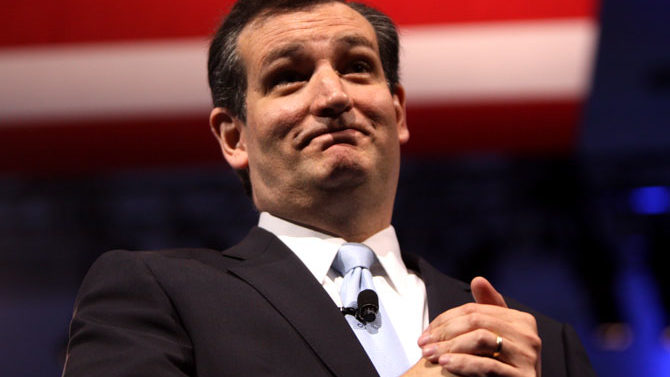 Athens hasn’t seen this many Republicans roll into town since Reconstruction.

For the second time in a row, the Georgia Republican Party will hold its biannual convention in our bastion of socialism—specifically, at that taxpayer-funded monument to big government meddling with the private sector, The Classic Center. Seeing as how we’re merely 18 months away from a presidential election, a number of GOP contenders will be on hand (after feting big donors in Atlanta, of course).

So far, New Jersey Gov. Chris Christie is scheduled to speak at an 8:30 a.m. breakfast Friday; Florida Sen. Marco Rubio’s speaking slot is at 3 p.m. Friday; and Texas Sen. Ted Cruz will deliver the keynote at a 7 p.m. banquet. Other speakers will include Georgia Gov. Nathan Deal and Sen. Johnny Isakson on Friday, and newly elected Sen. David Perdue on Saturday (times TBD).

In addition, Athenian John Padgett, who is responsible for bringing this convention to the People’s Republic of Athens-Clarke County, will be up for re-election to a second term as state party chairman. He’s an ace fundraiser and played a big role in Republicans’ statewide sweep in 2014, but he has been dogged by accusations of racial discrimination and—like all Republicans these days—insufficient ideological purity. A young libertarian by the name of Alex Johnson is challenging him.

So, if you notice that the downtown streets are teeming with elderly white people wearing tricorn hats, now you know that it’s not because of a Paul Revere & the Raiders cover band at the Georgia Theatre. Return to your homes and check flagpole.com for updates. We’ll let you know when it’s safe to come out.

Oh, and whatever you do, avoid The Grit. It’s bound to be packed.

In Your Business: Southern Brewing Co., the new brewery on Collins Industrial Boulevard, is shooting for May 14 as the date of its first tour. Check their Facebook page for updates. In related news, Gov. Nathan Deal recently signed the lite version of the Beer Jobs Act, which means local breweries will be able to fill up growlers for tour-goers to take home effective July 1. And Creature Comforts is now offering a double IPA, Cosmik Debris, on draft. (I’m no cicerone, but it’s pretty tasty.)

A J. Crew factory store will be one of the retail tenants in the Georgia Heights development at Broad and Lumpkin streets. It’s expected to open in August. The tech incubator Four Athens has hired Sean Reid in the new position of education director to expand class offerings, such as week-long coding camps in June and July. Double Dutch Press reported that a car jumped the curb and hit its Normaltown building last week, which could have killed someone on the sidewalk. Fix Prince already!

Lastly, I have to put in a plug for the REMones, the Flagpole staff’s cover band that plays R.E.M. classics in the style of the Ramones. (I’m one of four Johnny/Peteys.) We’re playing at 11 p.m. Friday, May 15 at the 40 Watt to benefit Nuci’s Space. There will be wigs involved. Give early and give often at athensbusinessrocks.com.

Oh, and whatever you do, avoid The Grit. It’s bound to be packed.