A Chicken Ordinance Is on the Mayor and Commission’s Menu 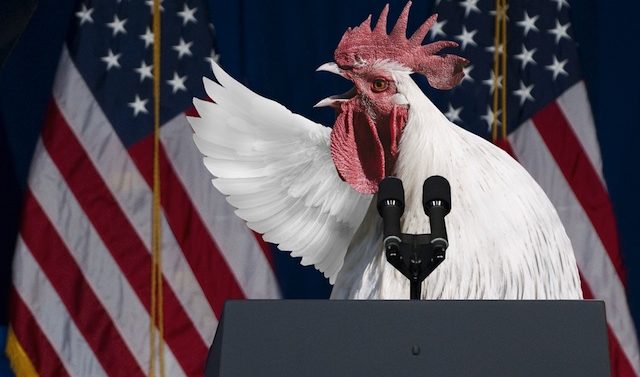 The Athens-Clarke County Planning Commission sent a chicken (and fish and honeybee) ordinance on to the Mayor and Commission last week with, surprisingly, a minimum amount of fuss.

The ordinance—based on language approved in Gainesville, FL, a few years ago—allows residents in all zoning districts to keep up to six hens in their back or side yards with no permit, provided that they’re fenced in (mobile “chicken tractors” are fine) or cooped up in a clean structure no larger than 25 square feet, with their feed kept in a rodent-proof container. (It’s recommended that each bird have at least four square feet of space.)

Roosters would remain banned, and so would selling chickens or eggs.

Planners provided a few add-on options after looking at several cities’ ordinances. One, staunchly opposed by pro-chicken forces, would have required chicken owners to obtain written permission from neighbors and go to the Hearings Board for a permit, but the Planning Commission did not recommend it for adoption.

“We think what we have is very simple, very straightforward,” Planning Director Brad Griffin said before the board unanimously approved the ordinance. “If we have issues, we can always go back and address them.”

The Mayor and Commission will discuss the ordinance at its Tuesday, Apr. 21 agenda-setting meeting, and is scheduled to vote Tuesday, May 5. Barring some sort of last-minute surge of anti-chicken sentiment (only one person has spoken out against it) the measure appears headed for easy passage.

So what’s next? Hold on to your biscuits. After noticing that the Athens Banner-Herald’s Jim Thompson was holding a cup from a fast-food fried chicken establishment, Commissioner Jerry NeSmith quipped that he’s writing a biscuit ordinance.

Athens Power Rankings for the Week of Apr. 6