Will the Latest Effort to Fix Prince Avenue Actually Work? 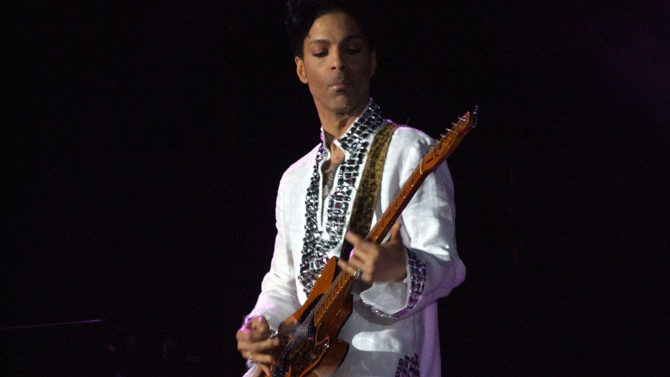 A group walking along Prince Avenue last week was crossing with the light at Pulaski Street when, rather than stop for them, a turning truck swerved to avoid them in the crosswalk.

While that’s bad enough, it happens every day. What makes the story ironic is that the group was a Georgia Department of Transportation team conducting a pedestrian safety audit of Prince—including Tony Eubanks, who has been a tireless advocate for the corridor for more than a decade. And the truck belonged to Athens-Clarke County.

There could be no better illustration for why a safety audit is needed on Prince. As everyone who lives, works, eats or shops there knows, it’s a wonder no one has been killed yet, but it’s only a matter of time.

GDOT scheduled the audit in March at the request of former Athens resident and Georgia Bikes Executive Director Brent Buice, and in July the ACC Mayor and Commission directed our Transportation and Public Works Department to cooperate. Two teams of engineers and residents walked or biked the length of the corridor, from the Loop to Pulaski, on Sept. 30 before sitting down and spending four hours filling up 8–10 big sheets of paper with ideas. A report is expected in about seven weeks.

Those who have grown frustrated watching the commission do nothing about Prince for years, myself included, might be tempted, as I did in last week’s City Dope, to write off the audit as just another doorstop. But at least two participants, Eubanks and BikeAthens Executive Director Tyler Dewey, are optimistic something will come of it.

“It was very refreshing to hear new perspectives on the street,” Eubanks said. “For a day study, it was a pretty comprehensive study on pedestrian safety. I was impressed.”

Both Eubanks and Dewey said the GDOT officials had no biases (as so many local residents on both sides do) and were open-minded. “I did not hear anyone say ‘no’ to any suggestion,” Dewey said.

Ideas ranged from big (reconfiguring the intersection of Prince and King Avenue into a T shape) to small (larger pedestrian signal buttons) and in between (eliminating curb cuts by closing off redundant driveways). The biggest fix, of course, would be a road diet—eliminating two travel lanes on the four-lane portion of the street and adding bike lanes and a center turn lane with pedestrian islands. But Dewey said he’s unsure whether the report will include that recommendation.

Just as with Community Approach to Planning Prince Avenue (CAPPA) and the corridor study and Complete Streets: Prince Avenue, the question is, will our elected officials summon the will actually to do anything about it?

“For the [road safety audit] to be truly successful, it must be implemented,” Dewey said. “It goes without saying that Prince’s history is one of inaction. However, since the RSA is a pure safety audit, I do not think it can be buried… At the minimum, ACC must respond in some fashion to the RSA safety recommendations, even if the response is to enumerate good-faith reasons why some implementation cannot happen.”

In other words, GDOT is forcing ACC’s hand.

For forever, ACC was a progressive government perpetually frustrated by a car-loving GDOT that was stuck in the 1950s and didn’t want to do anything but pave highways. Now, though, GDOT has a Complete Streets policy that it follows, and it’s going to drag ACC kicking and screaming into the 21st Century.

No one knows exactly what GDOT will do, but whenever the state-owned portion of Prince between the Loop and Milledge Avenue comes up for repaving, it’s going to do something, and there’s probably nothing the mayor or anyone else can do to stop them. At that point, it would make even less sense than it does now for ACC to keep sitting on their hands.

Student Housing: Two months ago, the ACC Planning Commission lambasted a proposal for yet another “luxury” student apartment building downtown, this one with a roundly booed modernist architectural style to be built on the site of Four Athens’ offices across Lumpkin Street from the planning department. The developer, a national company specializing in student housing, came back to the planning commission Oct. 2 with some revisions, including reducing the size from 237 bedrooms to 210, but still asked for several variances. Planning commissioners denied those requests, telling the developer to work with the planning staff to meet the code, instead.

Incidentally, ACC-Commissioner-elect Melissa Link spoke out against the proposal at the meeting, which is not unusual at all for her but is highly unusual for a city-county commissioner. If she were to vote on this project as a commissioner, any comments she made beforehand could be grounds for a lawsuit.

As for Four Athens, the tech incubator’s founder, Jim Flannery, said he’s working on a deal for long-term office space.

Another project to watch is the redevelopment of the Omni West shopping center on West Broad Street. Owner Paul Martin asked for a rezoning from residential to commercial on one acre adjacent to the shopping center to make it more attractive to a buyer but didn’t say what would be built there. Planning commissioners told Martin to come back with a proposed use and plan for the property before they’ll consider rezoning it.

Y’all Come Back Now, Y’Hear: The Athens Convention and Visitors Bureau had its annual meeting Oct. 2, and they always throw a lot of numbers at you at these things. Since we’re in the midst of football season and everyone is bitching and moaning about the traffic and the drunken idiots, though, it’s worth a reminder that tourists spent $256 million in Athens in 2013, enough to support 2,510 jobs and generate $7 million in local tax revenue. To put it another way, visitors lower your annual property tax bill by $407, according to UGA professor Bynum Boley. Think about that the next time a Dawg fan parks on your lawn and you feel like keying his car.