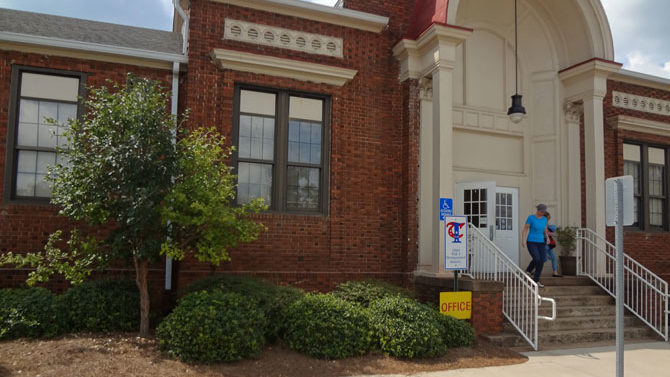 “The Historic Boulevard Neighborhood Association has long been a big supporter of Chase Street School,” Rachel Watkins said at a Sept. 8 Federation of Neighborhoods forum. “Chase Street is such an integral part of Boulevard and Cobbham, I feel like it takes a village—that’s the mentality.”

But the neighborhood didn’t always embrace Chase. Before the Clarke County School District ended its school-choice policy in 2007, the elementary school was virtually all-minority, with most white, middle- and upper-class Boulevard families opting to send their kids elsewhere, mainly to similarly affluent Barrow. Now, with parents of all races and income levels engaged, Chase Street is one of the best elementary schools in the district.

I bring this up because CCSD is likely to soon become a “charter system,” where much of the governance over local public schools will devolve down to the school level. For the switch to be successful, every school is going to have to match Chase Street’s level of engagement.

First, a word on charter systems. They are not systems of charter schools (a dirty word in Athens), as Superintendent Phil Lanoue explained during the panel discussion. “Any time you mention ‘charter,’ people freak out,” Watkins said. State law requires districts next year to become charter systems, keep the status quo or go with IE2, an in-between option. Those that become charter districts will be rewarded with additional flexibility and funding. While the school board will continue to set policy and standards, decisions about how to best meet those standards will be made by governing boards at the individual school level—which will require more community involvement.

“This is going to take the whole community, not just a small group in each of our [21] school districts,” said Myra Blackmon, a writer who often focuses on education in her columns. “It’s going to be hard. It’s going to require tenacity. We can’t take our marbles and go home every time something doesn’t go our way.”

Lanoue, for one, is confident that parents, businesspeople and community leaders will step up. “I think there are a lot of parents out there that we don’t access,” he said. “They don’t care—they do, tremendously.”

There is a danger, though, that the district will become Balkanized. It used to be, said school board member Denise Spangler, but now, you don’t see the bickering on the board that you saw in the past. “We will not do well going back to being independent entities,” Lanoue said.

Testing was another hot topic. A state law passed earlier this year requires districts to evaluate teachers based partly on students’ test scores—and it’s not too much to say that Lanoue and Spangler HATE it, as do a lot of parents. He argued that the law takes away weeks of instructional time, because it requires standardized testing in all areas every year, often above and beyond the tests already in place. For some classes, like music, districts have to make up their own tests because none exist.

And while Lanoue said he’s a firm believer in accountability, evaluating teachers based on testing doesn’t tell the whole story. “It’s impossible for anyone to be able to distill the hundreds of thousands of interactions that happen every single day,” he said. Instead, administrators should evaluate what happens in the classroom, he said.

Lanoue made his comments with state Reps. Regina Quick (R-Athens) and Chuck Williams (R-Watkinsville) in the room. “You need to go back to the drawing board on this,” he said. Quick replied that the law passed by an overwhelming bipartisan vote, and no one had given her a valid policy reason to oppose it. (Democratic Rep. Spencer Frye, for the record, voted “no.”)

The school board isn’t backing down. On Sept. 11, it unanimously approved a resolution calling on the legislature to repeal House Bill 244.

Downtown Development: Hey, how about this! At least a small part of Jack Crowley’s downtown master plan is actually happening!

The Athens Downtown Development Authority wants to issue a request for proposals to develop an ACC-owned parking lot off Dougherty Street, in front of Hotel Indigo. Crowley has recommended leasing publicly owned parking lots and vacant land to developers, which he says would raise revenue for downtown amenities while also utilizing wasted space and giving the public more control over what kind of development happens downtown.

The ADDA isn’t looking for proposals for student housing, board member and ADDA Commissioner Mike Hamby said. The board envisions office space on the lot, perhaps with a grocery store on the first floor. “We’re trying to generate that different mix or different use,” he said.

The RFP likely will go to the commission for approval in November, Hamby said. There’s no risk involved—if all the proposals are terrible, we’re under no obligation to accept any of them.

Sunday Voting: As reported in the Atlanta Journal-Constitution, DeKalb County interim CEO Lee May recently announced plans to, for the first time, open up three early voting spots on a Sunday (Oct. 26, to be exact), which will allow African American churches in the state’s largest source of Democratic votes to bus congregants to the polls after services—thus boosting the Democratic slate of statewide candidates’ chances in what are shaping up to be close races.

There are currently no plans to follow suit in Athens, but ACC Election Supervisor Gail Schrader said she is consulting with Board of Elections Chairwoman Jean Blackstone about whether to consider Sunday voting at the board’s next meeting Oct. 7. (Blackstone is a Republican, though I’ve never known her to be partisan in her duties.)

If so, this could be the only opportunity for Sunday voting. State Sen. Fran Millar (R-Dunwoody) says he will propose legislation in January to “eliminate this election law loophole.” Gov. Nathan Deal has also expressed his disapproval. Millar was frank in saying he plans to stop Sunday voting because he believes it will benefit African Americans and Democrats. Instead, maybe the GOP should encourage evangelical conservatives to take advantage of it, too, rather than make voting harder for everyone. “Access to the polls is not a loophole—it is a guaranteed right,” state Democratic Party Chairman DuBose Porter responded.

Road Trip: Local activists Rich Rusk, Duncan Elkins and Chris Cuomo of the Georgia Climate Change Coalition—with help from Bill McKibben’s 350.org and the Georgia chapter of the Sierra Club— are organizing a bus trip to what they are billing as the “largest climate change rally in history” in New York City Sunday, Sept. 21, where they anticipate more than 200,000 marchers. Two chartered buses will leave Athens at 11 a.m. Saturday, Sept. 20, arriving in New York the following day and returning home that Monday morning. Tickets are $132.87; for more information, visit georgiaclimatecoalition.org or call (917) 613-0741.