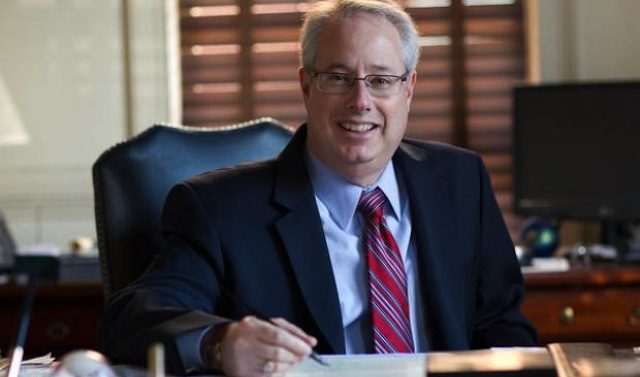 In 2012, former Flagpole intern David Schick was a student journalist at Georgia Perimeter College investigating budget woes and the president’s ouster. He filed an open records request for documents related to the investigation. The University System of Georgia eventually ponied up about 700 pages of emails, but believing administrators dragged their feet, didn’t produce everything he was entitled to and overcharged him, Schick filed a lawsuit that went to trial in April.

There hasn’t been a verdict yet, but immediately after the hearings, Attorney General Sam Olens filed a motion to claw back 21 pages of those documents, saying that the state “inadvertently” released them, even though they’re exempt from Georgia’s open records law. That’s right: The university system goofed, and its response was to try to put the genie back in the bottle—even though the documents were already in the public domain.

Free-press advocates, of course, did not take too kindly to this. The Society of Professional Journalists posted several blog posts ridiculing Olens, after which his office withdrew the motion. “The attorney general’s office thought they could push around one little student blogger, but they didn’t realize they were taking on an entire profession,” Frank LoMonte, executive director of the Student Press Law Center and a UGA law professor, told SPJ. You know the old saying: Never pick a fight with people who buy ink (or server space) by the barrel.

So, what was in this batch of emails that the state so desperately did not want you to see? Why, potentially embarrassing discussion of who should replace retired University of Georgia President Michael Adams.

Olens authored revisions to the open records law in 2012 that are, on the whole, very good for journalists and citizens. The changes made it cheaper to pull documents and required officials to respond to requests in a more timely manner. But lawmakers wrote in a loophole—knowing that Adams was about to announce his retirement, they declared that when the Board of Regents hires a college president, it should name only one finalist, and records on any other candidates are not public.

University System Chancellor Hank Huckaby and other high-ranking officials bandied about several names in the emails Schick “inadvertently” obtained, the most notable being Cathy Cox, the former Georgia Secretary of State, Democratic gubernatorial candidate and current president of Young Harris College. Upon learning that Regent Wyck Knox planned on nominating Cox, Huckaby’s right-hand man, Executive Vice Chancellor for Administration Steve Wrigley, wrote that he would use back channels to talk Cox out of applying. “She has no chance, and I hate to see her get embarrassed,” he wrote.

Sharing news that University of Florida President Bernie Machen was stepping down, Wrigley also made some comments that Bulldog fans might not appreciate. “It is a very fine university, stronger in many ways [than] UGA both academically and from a fundraising standpoint, but not by much in the former,” Wrigley wrote.

In addition, the emails imply that UGA Senior Vice President for External Affairs Tom Landrum, the university’s chief fundraiser, was forced out by President Jere Morehead on the eve of Morehead’s drive to raise a $1 billion endowment. Wrigley noted two years ago that Landrum intended to stay another five or six years to finish the capital campaign. “It may be the entire gang plans to hang on and Mike will try to keep running the show,” Wrigley wrote.

Huckaby’s response: “If we get the right president, he/she will get their team.” Landrum announced his retirement last August and will be replaced by Bowdoin College’s Kelly Kerner effective July 1.