Schools and the Snowpocalypse 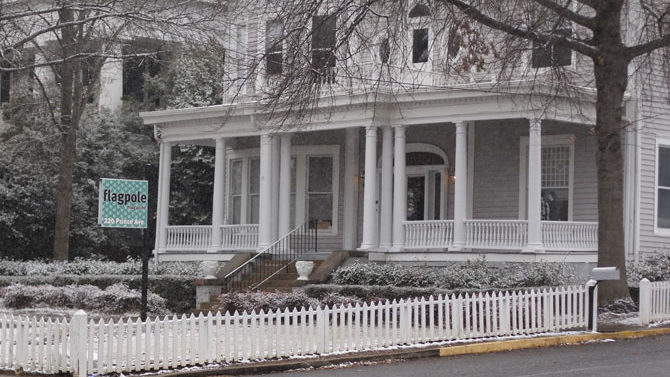 How the Bottom Fell Out for Clarke Schools: Two years ago, the Clarke County School District cut 48 first-grade and 16 media-center paraprofessionals, leading many parents and employees to wonder just what was going on. After all, the economy was on the upswing, the worst was over and the district had already staved off such draconian cuts for several years. Why now?

CCSD officials gave school board members a big-picture look at the district’s finances last week, and the forces that conspired to put local schools in that position are stunning.

The recession started in 2007 and worsened in 2008, but property assessments lag a couple of years behind, so governments didn’t really start to feel the impact until 2010 and 2011. That’s when developments that were already underway wrapped up, construction came to a halt and tax revenue dipped as assessments caught up to falling home prices, Chief Financial Officer Larry Hammel said. Even if it had wanted to, the school board was barred by law from raising taxes to make up the difference.

The state wasn’t faring much better. Lawmakers had never fully funded Quality Based Education—the complex formula that dictates how much the state gives to local school districts—but now they were subtracting $1 billion a year in “austerity cuts.” Part of the formula takes local property taxes into account, so Clarke County’s share was cut more deeply than most because our property values fell less sharply than most places’, Hammel said. “If our county worked hard to maintain our revenues, we didn’t reap the benefits,” Clarke County School Superintendent Philip Lanoue said.

The school board hired Lanoue in 2009, and he ordered up projections of where the budget was headed. It was $122 million then, with less than $6 million in reserves. By 2015, with no additional expenses, it would be $138 million and running a $15 million deficit. Instead, school officials cut it almost $8 million to $115 million in 2012.

“That was the parapro year,” Deputy Superintendent Noris Price said. “That was when we made the huge cuts.”

But don’t just blame Georgia Republicans. Point a finger at President Barack Obama and Democrats in Washington, too. Sequestration—the bipartisan sword of Damocles that failed to force the two parties into cutting a budget deal—has cost the local school district millions.

The federal government gives grants to school systems to help educate students from low-income families, disabled students, students from migrant families, students with behavioral problems and non-native English speakers. That money funded 140 positions in the 2011–2012 school year, according to Price. This year, it’s only funding 101.

CCSD ostensibly got a boost from the American Recovery and Reinvestment Act—the stimulus package—which put about $9 million into district coffers from 2009–2011. But that was offset by state cuts to education. Essentially, the state took local schools’ ARRA grants and used them to plug the holes in its own budget, Lanoue said.

Federal monetary policy isn’t helping, either. The district banks its revenue until it needs to spend it and earned $1.2 million in interest in 2009, Hammel said. Last year, investment income was—seriously—$19.56. The market is so awash in cash that, when service charges are deducted, short-term investments like CDs earn virtually nothing.

In spite of the challenges, school officials say the budget for the upcoming year looks solid, with a small deficit, if any, and $21 million in reserves. They hope to end unpaid furlough days and maybe even give teachers a raise for the first time since 2009. “Get employees back to what they were making five years ago,” Lanoue said.

$140 million in new development is in the pipeline, increasing the tax base, and in a few years, Caterpillar’s tax abatements will start to expire, Hammel said, which will brighten the picture considerably.

Snowpocalypse: Partly because we live in a much smaller city than Atlanta and partly because CCSD and the University of Georgia had the good sense to stagger the times for letting students and employees go home, Athens survived Winter Storm Whatever the Weather Channel Called It to Try to Scare Us. Nobody got stranded. The worst thing that happened was some broken pipes. (And, given the weather this winter, every plumber in town is probably contemplating retirement in Hawaii.) Roads were a bit dicy last Wednesday morning, but by that afternoon, the sun and sand trucks had done their work, and everything was fine. Great job, everybody.