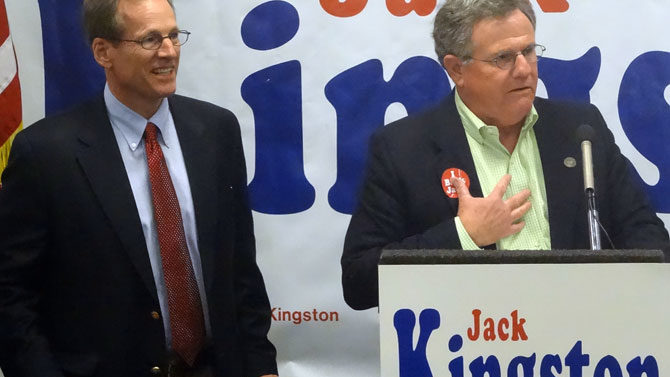 Just when you thought it was safe to speed down Prince Avenue however fast you want to, neighborhood residents are renewing a push to make the corridor safer for bicyclists and pedestrians.

Athens-Clarke planners completed a Prince Avenue corridor study in 2011, and for the past several months a committee appointed by Mayor Nancy Denson has been meeting to go over it. Its main recommendation is a new zoning category—variously known as Commercial Neighborhood-Established, Commercial-Main Street and Commercial-Traditional—for parts of the corridor between downtown and Normaltown that would cap the size of medical offices and require less parking than the current zoning.

The study doesn’t really deal with traffic on Prince Avenue, though. Three-laning was never considered, and it would do little to make the notoriously scary street safer for pedestrians and bicyclists.

“I’ve been working on issues related to Prince for over 10 years, and doing nothing would be better than what (planners are) proposing here,” Tony Eubanks, the driving force behind Community Approach to Planning Prince Avenue, said on the Boulevard neighborhood listserv last week.

• Zoning should be addressed comprehensively, not in a vacuum independently from traffic, tree canopy and historic resources.

• Streetscape design should be the priority, since zoning changes could make traffic problems worse.

• The new CN-E zoning should be extended further into Normaltown. That’s the area where a gigantic proposed medical office originally sparked CAPPA in 2003, after all.

• Upzoning the area near the bypass to a more permissive commercial category should be reconsidered, because it could turn that stretch into another Atlanta Highway.

The planning commission just discussed the study for the first time last Thursday, so it’s very early in the process. The next step is a public hearing at 7 p.m. Monday, May 20, in George Hall on the University of Georgia Health Sciences Campus.

Five Points Frogger: Across town, a UGA student raised concerns about the safety of the Milledge Avenue-Lumpkin Street intersection at the commission meeting Apr. 2, asking for a left-turn arrow. Commissioner Allison Wright followed up and found that the state Department of Transportation, which owns Milledge, doesn’t think it’s busy enough or has enough crashes to enough to warrant one. But improvements are planned as part of the Safe Routes to School program, including a countdown pedestrian timer, stamped crosswalk and improved signage.

Should a Quarter Mill Appear Too Small: Property taxes on a $150,000 house would go up $12.50 next year under the budget Mayor Nancy Denson released last week.

“There was no way to balance the budget without cutting services to the community” or raising taxes, Denson said.

Denson proposed the tax hike in part to give ACC’s approximately 1,500 employees 2 percent raises—their first in five years, other than a $500 bonus last year. The $106 million budget, up 1.6 percent over this year, also includes $500,000 for the new Department of Economic Development and $437,000 to staff SPLOST projects, including the expanded Clarke County Jail.

The budget also includes $488,000 in cuts, among them staff-led tours of the Lyndon House ($8,200) and field trips during ACC’s popular summer camps ($7,800). “It’s not something I liked to do,” Denson said. “You’re just looking for things that have the least impact on the community.”

At least night buses are safe this year. “I, personally, as mayor, still think the cost per rider of that service is not a good investment,” Denson said. But “it’s obvious that’s a priority for the commission.”

Kingston Town: He may be a Republican, but Jack Kingston’s an Athens kind of guy. The Savannah congressman rides his bike to work, keeps a rock encyclopedia at his bedside and cut the ribbon on the Allman Brothers’ renovated Big House museum in Macon.

A rally at the Five Points fire station Saturday, May 4 was the last stop on Kingston’s statewide tour after announcing his Senate candidacy the previous Thursday. He was introduced by former mayor Doc Eldridge, who was two years ahead of the 58-year-old at Clarke Central High School—and even back then wore saddle shoes and schmoozed with the teachers, according to Kingston. His mother was involved in the Athens GOP “when it was a tiny, fledgling organization. I’m not sure it’s grown much since,” Kingston joked.

He moved to Savannah to sell insurance after graduating from UGA, but he still has ties to Athens. The son and brother of college professors, he frequently speaks at UGA. His daughter, Betsy, is a local singer. “He’s been my go-to guy in Washington for years,” Eldridge said. (His endorsement is a personal one, not in his role as president of the Athens Area Chamber of Commerce.)

Of course, a common complaint about another Senate candidate, Rep. Paul Broun (R-Athens) is that he’s more interested in grandstanding than getting anything done. Kingston didn’t take any swipes at Broun or another opponent, Rep. Phil Gingrey (R-Marietta), but he emphasized his effectiveness and experience in the private sector, working on agriculture issues and representing five major military bases.

As chairman of the House Appropriations Committee’s agriculture and food subcommittee, he said he cut spending 14 percent. He also said he returned $1 million in taxpayer funds for office expenses to the treasury. (Broun, on the other hand, once blew through most of his office budget mailing thinly-veiled campaign literature to constituents.)

Make no mistake: Kingston is conservative, maybe more conservative than Sens. Johnny Isakson and Saxby Chambliss, whose impending retirement sparked the melee we’re seeing now. He voted against TARP, the Wall Street bailout, for example. And whereas Isakson and Chambliss both voted to allow debate on the gun control bill before helping to vote it down, Kingston said he would not have voted for cloture. “The concern I have about background checks is it leads to registration,” he said.

He is not as severely conservative, though, as Broun and Gingrey, both of whom voted against the draconian Ryan budget because it didn’t cut spending enough. “It balances the budget,” Kingston said. “It’s a solid budget that works.”

The conventional wisdom is that Kingston isn’t well-known enough in Republican North Georgia strongholds to win. He’ll have plenty of money to change that, though, having already raised nearly $2 million.

“Whether you go to work on a John Deere tractor or you’re on the 44th floor of an office building in Atlanta, you still want the same thing,” he said.