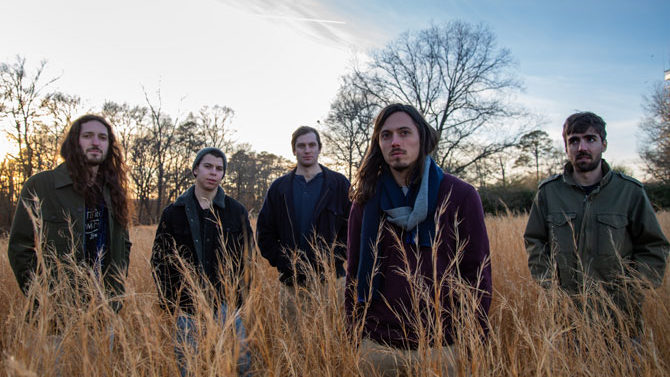 KEEP ON SMILING: The new album from The Orange Constant got pushed back a few times, but it’s out now and named Peel. The band continues its reliable path of fusing classic Southern rock with modern sensibilities. The band tends to eschew any sort of boogie rock tendencies, and its influences tend to be much more compositionally oriented than party oriented. Let’s say they’re much more directly influenced by Sea Level and Wet Willie than, say, Skynyrd. Highlights here include “Far From Home,” “Reach” and “The Blackout.” If you spin this, pay close attention to the transition between “Reliance” and “Reincronic,” which I thought was a particularly nice piece of sequencing. You can find Peel on all the major streaming services and you can dig into the history of The Orange Constant over at theorangeconstant.bandcamp.com.

STATIC AGE: The release of the new album, Demagogue, by Ihlytt (the ongoing project of artist J Anderssen) came about by a chance meeting when the owner of Fargo, ND label Dough Girl Tapes was on tour and they played on a bill together. Yet again, Anderssen threads his head through a needle’s eye, but this time imbuing his apocalyptic drone with subtle, yet recognizable, elements. For example, on “Ine,” listeners of a certain age will hear bits of Front 242’s “Headhunter.” By the same turn, there’s readily available Electronic Body Music all over “Neophyte.” Even so, Ihlytt doesn’t traffic in club tunes. This will still ruin your sleep just as surely as it will ruin your ears. And that’s fairly high praise for a new record in an increasingly crowded musical space in which it’s become increasingly difficult to distinguish oneself. Find this over at doughgirltapes.bandcamp.com/album/demagogue.

OTHER MOTHER BROTHERS: Sometimes I imagine it must be hard, cosmically speaking, to be Telemarket and always in the shadows—relatively speaking—of The Pink Stones. I mean, songs have feelings, too, right? In any case, that’s just me jabbering, so don’t pay that no mind. But if you’ve got five minutes to spare, run your ears through Four Track Demos, which landed at telemarket.bandcamp.com at the end of April. Although it only runs three tracks long, one of them is a 4-track demo of “Lizard Queen,” which we first met on Telemarket’s 2019 album You Deserve a Hard Day’s Work After a Long Night’s Rest. Enjoy this and more courtesy of Avenue Noise & Sound and visit them on the World Wide Web at avenuenoiseandsound.bandcamp.com and telemarket.bandcamp.com.

WORDS AND DAYS: Musician and author Grafton Tanner returns to the musical fold in earnest this week with the release of a new single under his Superpuppet moniker. The new single is named “O Sun,” and Tanner described it to me as “an homage to U.K. garage and Chicago footwork with an apocalyptic refrain.” Although this is the first time anything has been described to me as an homage to both a style of music and a style of dance, I get what he means and it works. This is an interesting intellectual take by Tanner, who is well-versed in the manipulative aspects of the “nostalgia industry,” but also deeply steeped in the history of modern dance music. This won’t be released until Friday, May 22, but on that date it’ll be available at superpuppet.bandcamp.com. In the meantime, and of course afterward, head over to graftontanner.com and spend some time with his excellent essays, or perhaps even take the deep dive and read his superb book from 2016, Babbling Corpse: Vaporwave and the Commodification of Ghosts.

HMU, FAM: For the past several weeks this column has been largely, if not exclusively, record reviews and mentions of streaming events. Yes, I know that’s pretty much the only public-facing news anyone has right now. But those of you who have recording plans or are perhaps working on a new record as we speak, forming new bands/projects, expanding your reach into other creative areas, whatever—I want to know. It doesn’t need to be huge news, either—just something you’re doing that you think is cool and interesting. In the dearth of live music, touring news, etc., the new wave of projects is going to consume most of our creative energy. Who knows? Maybe you’ll inspire someone who’s been feeling completely lost creatively and encourage them to explore some new paths. So, on that very Tony Robbins note, send it all to threatsandpromises@flagpole.com.