Tears for the Dying Share Memories, And More Music News and Gossip 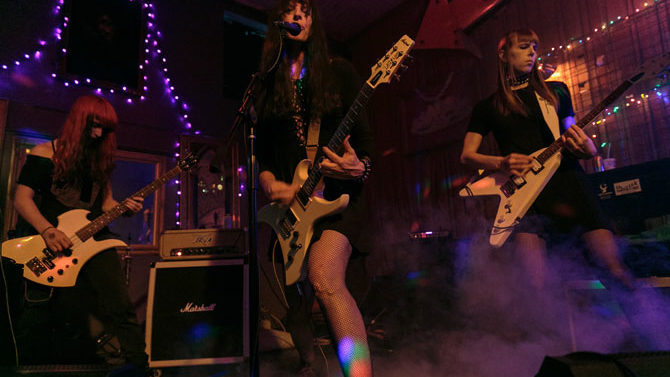 KEEP IT BETWEEN THE DITCHES: The new album by Georgia Dish Boys—Suitcase of Life—won’t come out until June, which seems light years away at the moment, but the first single is out, and you can pre-order the whole thing now. A couple of weeks back, the band released the song “HWY 1,” and it’s a total winner, from its clever radio-tuning intro through its Replacements/honky tonk-esque dark exploration. If you’re up for pre-ordering, this is available digitally and vinyl-ly. The physical LP is limited to 300 copies, though, so jump on that. Check it all out at georgiadishboys.bandcamp.com.

MORE LIKE PURE GOLD: Although it could have just packed up and laid low until next year, The Winterville Marigold Festival has gone virtual for the people. Across three Saturday nights, the first of which has passed, the festival is bringing live performances to you through Facebook Live. The May 2 show features Sir. Crazy Pants and Bo Beddingfield, and the May 9 show features Caroline Aiken and Dodd Ferrelle & Adam Poulin. The shows begin at 6 p.m., so please tune in at facebook.com/MarigoldFestival.

BENEATH THE SHADOWS: The new album from Athens death rockers Tears for The Dying is named Memories, and it slipped out in late March. Of course, they began work on this awhile back, and they named the band many years ago, so if this all seems a bit on the nose, don’t blame them. One major thing I’ve always appreciated about the band is that they’re a continual reminder of how guitar-oriented first-wave goth and death rock really was, revisionist historians be damned. Also, rather than taking to heart England and European influences, their approach has always been very Los Angeles/USA-oriented. Thus, their character is more hard-edged than one might expect at first blush. Highlights here include “Palomine,” “Lost Girls,” “ACAB” and their cover of Christian Death’s 1982 song “Spiritual Cramp.” Check it out at tearsforthedying.bandcamp.com.

FLOW MOTION: Nick Bradfield (White Rabbit Collective) tipped me to the fact that he finished mixing and mastering the new album by one of the projects he’s been sitting in with for awhile. The group is named Flowkestra, and the album is named Whirling Dervish. Bradfield plays erhu and jonghu in the Jeremy Raj-led group. Raj, who plays oud and guitar, is also joined by Louis Romanos (percussion), Mason Davis (drums), William Kissane (guitar) and Web Hughes (bass). This release contains a whopping 17 tracks culled from three separate improvisational performances at Creature Comforts. This is the kind of record that defies easy categorization, outside of the prodigious “world music” label, because it builds and builds due to its improvisational nature. Fans of, say, Can or Captain Beefheart should dig this as immediately as Smithsonian Folkways patrons. Anyhow, I was particularly drawn to the longer tracks like “Cacophonous Sarcophagus,” “Evocation,” and “Moon Magic.” Set aside some time to stream this in full over at rabbitholestudios.org/flowkestra.

TWO FOR FLINCHING: Remember just a couple of months ago when we could all rock out with nary a care? Well, Kwazymoto remembers. To this end, they’ve released Kwazymoto: Live at Caledonia, which chronicles the band’s appearance at the club this past Feb. 25. It’s a tight, seven-song set in which the band punches its way through that particular Tuesday night and grabs it by the throat. This was produced with the assistance of live recording engineer Sloan Simpson (Southern Shelter) and Music Business Program student Erin Cribbs, who mixed it as her spring semester project. This arrives practically right on the back of the band’s new EP, Kill or Be Killed. This three-song offering is a rapid fire assault that showcases Kwazymoto’s increasingly complex methods of arrangement. This is especially noticeable on the stunning “Death Gallop.” Enjoy each track via kwazymoto.bandcamp.com.