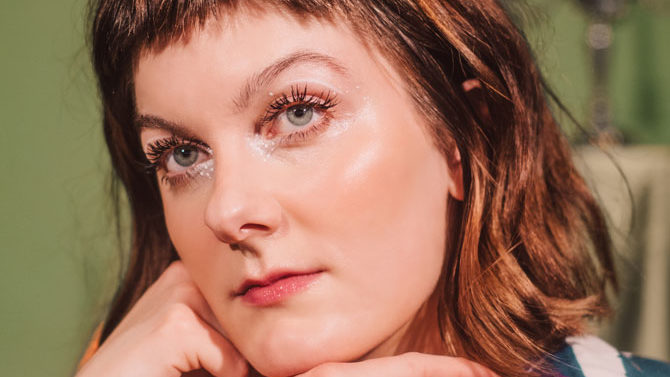 THIS WOMAN’S WORK: Avery Leigh’s Night Palace just released a new single named “Into The Wake, Mystified” and it’s smooth and dreamy and perhaps the kind of thing the world needs exactly right now. That said, the soft, dream pop mood it evokes feels more purposeful and driven than relaxed and resigned. The fully fleshed out melody is carried along by a crack team of Athens players that is kinda too long to mention here. Dig it over at averyleighsnightpalace.bandcamp.com, and read up at averyleighdraut.com.

SOME SONNY DAY: The Hibbs Family Band was set to release its second single from its upcoming album Saturday, Mar. 21 at Hendershot’s, prior to the show’s cancellation due to coronavirus. The album is named Tears In Missouri and comes out May 1. The first single, “Living 50 Songs,” is already out. If you’re unfamiliar with this crew, they’re a legit family band made up of members of the Hibbs family, of which Georgia Dish Boys members Rob and Garrett Hibbs are two. Generally speaking they play a nice, professional blend of country, bluegrass and folk with an emphasis on melody and musicianship. Most of all, it’s just damn nice. The show was also going to feature Atlanta’s Grit and Grace as well as A.C. Darnell, who was planning to release his debut EP that night. Check for updates at hibbsfamilyband.bandcamp.com and facebook.com/hibbsfamilyband.

WOP-BOP-DOODLY-WOP-BOP: Newnan, GA resident Brent Walburn launched his new Podcast In Loving Recollection a few months ago and, in Athens-related news, the latest episode features Greg Harmelink, Dan Geller, Ryan Lewis and Sean Rawls speaking about their band Kincaid. More specifically, they talk about the band’s sophomore album Super Hawaii (1999) and the nascent days of Kindercore Records. Walburn told me he’s got an upcoming episode about The Glands featuring Joe Rowe and Doug Stanley, too. So, give ‘em a listen over at inlovingrecollection.com. You can also find this on the major streaming services, too.

SOUTH BYE: News spread like wildfire a couple of weeks back when, after several rounds of bet-hedging back and forth with city officials, Austin’s South By Southwest cancelled all of its official events. While this was perhaps the most reasoned response to the Coronavirus, this move has unfortunately, but undoubtedly, left many thousands of musicians—as well as those who make up the promotional, manufacturing and distribution infrastructure of the independent music scene—sorely out of pocket for expenses already laid out. I’d like to encourage y’all to make a little extra effort this month to support our Athens bands, labels and others who saw their events cancelled. Please see the feature story in this week’s issue for more fallout news.

CREDIT WHERE CREDIT IS DUE, DEP’T: After yet another spectacular instance of Ad·Verse Fest, all I can say is hats off to founder, director and coordinator AC Carter. You know how rare it is to go to even one show and be thrilled by every band on the bill? Well, try a whole two-day, two-venue festival. This never happens, but there wasn’t a single artist or performer I witnessed from whom I didn’t learn something, receive a fully entertaining time, or otherwise had my interest piqued. So applause all around for Carter-n-crew, with a loud shout out to current “Artist in ATHICA” Eli Saragoussi for the outstanding art installations at ATHICA and Caledonia. Keep up for next year at adversefest.space.

AND SPEAKING OF WHICH…: The aforementioned installation at ATHICA, titled “Precious Moments,” was going to have an event all of its own for the general public Sunday, Mar. 22. Artist Eli Saragoussi told Flagpole that Max Boyd had created a site-specific soundscape for the event, and that violinist Annie Leeth was going to play, too. Though the event is now canceled, you can explore Saragoussi’s set designs virtually on Instagram at @flimmyflammy and @athi_ica.