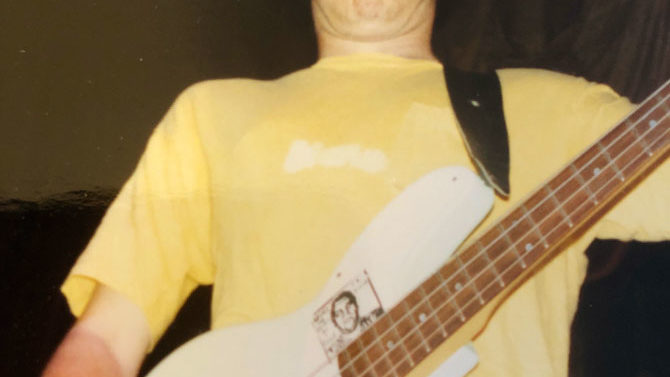 ANY MAJOR DUDE: Only on the absolute rarest of occasions do I mention anyone’s birthday or celebration thereof. Well, folks, this is one of those times. Bassist extraordinaire, decades-long member of Hayride and Mr. Personality Plus Nick Bielli will celebrate his 50th birthday Wednesday, Mar. 11 at The Foundry. And before you ask, yes, Hayride is playing this event and it’s free for everyone. Wanna have some fun? Spend the week catching up at hayrideathens.bandcamp.com and ask him a whole bunch of questions about, I dunno, stuff. In all seriousness, though, Bielli is a totally swell guy whose friendship has meant a lot to me over the years, and I wish him the absolute best in all things. So, happy birthday, Nick!

THE MEETING SPOT: Social Circle has weighed in early this year with a brand spankin’ new track called “Cradle.” It’s a good step away, at least in a compositional sense if not a philosophic one, from previous releases. I can’t really make heads or tails out of the lyrics even though they’re very clearly enunciated and even printed. The music is a loop created by Andy Morales, and this was mastered by Michael Potter. Honestly, it sounds like Willy Wonka ruminating over a didgeridoo-based tune. The traditionalists among you will be better served by Social Circle’s December 2019 song, “Pretty Paper.” In any case, roll the dice at socialcircle.bandcamp.com and make up your own dang mind.

GREETINGS FROM WEST JAVA: What do you do when your government bans rock-n-roll and other Western music? You create your own subversive style and have it grow to be incredibly popular in the same land. At least that’s what Indonesian choreographer and composer Gugum Gumbira did by inventing Jaipongan in the 1970s. Kai Riedl (Macha, et al.) spent a lot of time circa mid-2000s traveling to Indonesia and recording a huge amount of this music. Now, the first of 12 albums is available to hear and purchase. The raw recordings were done by Reidl, but he also chose select composers to work with engineer/producer Suny Lyons. I’ll be the first to admit that at a certain point the minutiae of this scene goes both over my head and behind my back, so I won’t pretend to speak about it with any level of expertise. I do know, though, that I enjoy it. Listen for yourself over at hivemindrecords.bandcamp.com. Please note that this album, Jaipongan Music of West Java, is a re-release of Reidl and Lyon’s original work with additional material included. Check out the original source material at javasounds.bandcamp.com.

SUGAR ‘N’ SPIKES: Drew Kirby (Mothers, New Wives, O Key) just released his seventh record under his CIVILS moniker. It’s named Huge Beautiful. It starts off with the awesomely catchy and breezy “Marigolds,” which does its Partridge Family best to put the listener in a good mood. It all kind of gets weird and difficult after this, though, mainly due to the recordings being done in such a way where everything is just piled on and missed at approximately the same level. But, I’m not a production snob and this is just an observation. For those willing to go headphones-on for this, it seems reasonable that you’ll enjoy the psych-pop of “I Wanna Go” and “Yellowing (Timerollin’).” The rest of this is largely a Beafheart-ian grad school class of plonk-plonk and hidden melodies. The first listen through barely scratches the surface, so give it some time. Start the clock at marchingbanana.bandcamp.com.

ALRIGHT, ALRIGHT, ALRIGHT: Are you or your band, label, publicity company or whatever headed to South By Southwest this year? Then get in touch, homie! I wanna know when you’re playing and where, what you’re hosting and where, and all that jazz. See, each year we send a whole bunch of actual physical copies of the paper down there to Austin, TX, and people read them and then go see you. At least that’s the math of it. So, pretty please, with sugar on top, send your event information to me as soon as possible.