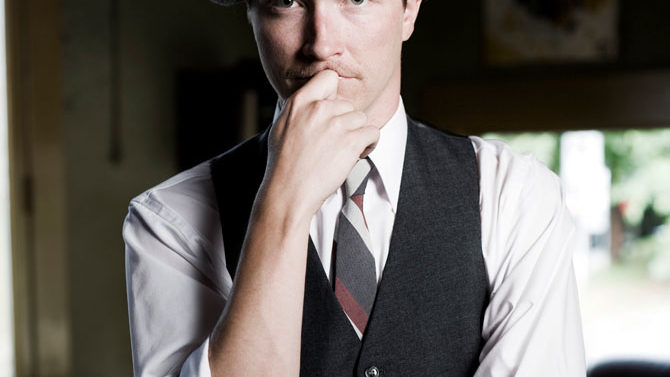 JOIN THE MASQUERADE: Local charitable organization Artist2Artist, which assists underserved children in the Athens area, is hosting a Mardi Gras celebration on Fat Tuesday at Hotel Indigo’s Rialto Room. The night begins with cocktails at 7 p.m. with pianist Grant Cowan, who will usher the entrance of the night’s king and queen, Bob and Vanessa Hay. Then, at 8 p.m., featured headliner Blair Crimmins and the Hookers will bring their ragtime and Dixieland jazz to the stage. Crimmins has opened for acts ranging from Mumford and Sons to the Preservation Hall Jazz Band. Tickets range from $15–$90, and prizes will be given to those in the best costumes. Artist2Artist events are well known for their encouragement of creative costume, so do your best. For more information, see facebook.com/athensA2A.

RIP IT UP AND START AGAIN: Athens’ only “rindcore” band, Bursters, just released a thing named, appropriately enough, RindCore. Man, I dunno. It’s six tracks long, and the whole thing runs only about five minutes. The best tracks, by far, are the last two—running 42 seconds and 36 seconds, respectively—and that’s mainly due to the highly pronounced use of electronic beats and such. I will say that “Orange Juice”—all 24 seconds of it—sounded like something that would’ve gone on to rock at least in some way. Mostly, this is just aggressively bad, and deliberately so. In the spirit of punk rock camaraderie, go see ’em live and buy ’em a beer or something, but don’t pay money for this. You will never listen to it and eventually wind up deleting it because your phone ran out of space. Preview at will via grangrumpmedia.bandcamp.com.

SLOW TRAIN COMIN’: Joe Willey, the namesake of Joe Willey and the Movin’ Men, released a new album named Bright Immensities as a duo with vocalist Nelita Rose. Thus, the album is credited to Rose and Joe. The album is a collection of covers (the title hymn, Doc Watson, Peter, Paul and Mary, et al.), and save for one that’s completely unnecessary (Dolly Parton’s “Jolene,” for the millionth time), it’s a nice handpicked set of songs. Thing is, they’re all performed at roughly the same slow tempo, which makes the whole record sound kind of labored and exhausted. Rose’s voice, though, is charming and on point throughout most of this, and choosing to end the album with Vic Chesnutt’s “Soft Picasso” is a nice touch. You can find this on Spotify and get more information at facebook.com/themovinmen.

JUST A LIGHT DUSTING: Michael Potter (Null Zone, Electric Nature, Garden Portal) continues to clear his decks, and to this end, he’s released Winter Music. It’s three old tracks of his, and he says each is evocative of a wintry feeling. And he wasn’t wrong. Indeed, the almost krautrock “Winter Jam,” from 2014, moves along nicely and is pretty hypnotizing. The folky and subdued “Winter Clouds” has really nice backing vocals that sound like wind blowing through and was recorded nearly 12 years ago. “Ode to CM” is from 2017 and is easily the most representative of what Potter’s been up to lately. It starts with a four-and-a-half-minute shrill drone before it gets to a sprightly and tuneful guitar section, which, in turn, rises into a fully accompanied and melodic section. It dips back into drone territory before emerging again and then ending. All in all, not bad. Listen in at michaelpotter.bandcamp.com.