Of Montreal Gets Trashy, and More Music News and Gossip 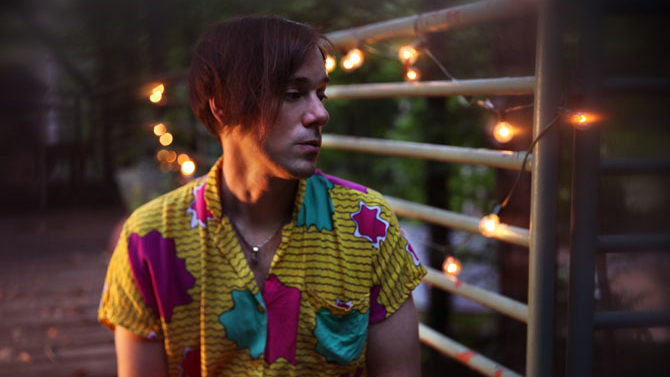 KIMONO MY HOUSE: The new of Montreal album, UR Fun, is available in a few different configurations, including gatefold vinyl, CD and cassette, and there are a couple of specialty combos available, too. The transitions of Montreal—both as a band and a concept—has undergone during its existence are almost too numerous to count. That said, this most recent collection is the first album to come out in a while that immediately grabbed me. Musically, Kevin Barnes navigates his self-created sea of indie R&B, garage-y new wave and amphitheater fist-pumpers but shaves the slickness off with a pronounced trash aesthetic. From the cover art—a mishmash of late ’70s major label polish and 2000’s art school irony—to the album inside, it’s all of a piece. Personal highlights are the earnest yet danceable “You’ve Had Me Everywhere,” the sunglasses-wearing flippancy of “Don’t Let Me Die in America” and the pop gem “Polyaneurism.” Listen in at ofmontreal.bandcamp.com, and don’t forget that of Montreal kicks off its next tour Feb. 27 at the Georgia Theatre.

FANGS FOR THE MEMORIES: It’s hard to believe that it’s been almost 10 years since Lemonland by The Humms came out. This now-classic slice of regional garage-rock was also the release that put Gypsy Farm Records into the collective local subconscious. Go back and visit this massive 18-track collection at thehumms.bandcamp.com. In other news, Gypsy Farm released two new singles this month. First up is the spooky and half asleep “Strange Rider” by William Ross Group (Zeke Sayer on electric piano and John Bleech on drums). Honestly, it’s like a Doors instrumental filtered through a John Fahey sensibility. Next up is “Vacation” by Columbus, OH’s J.R. and the Cobblers. This is such a burlap-covered gospel/R&B tune that, in another lifetime, it could easily slide right next to anything by, say, NRBQ. Hell, in this lifetime, even. Check out these tunes at gypsyfarmrecords.bandcamp.com.

FRIED-DAY NIGHT LIGHTS: Singer-songwriter Tyler Sloan has a new collection of live tunes out under the title Live From Southern Fried Vinyl. That’s a real place, too, up in Cleveland. He’s been plowing this acoustic field for a handful of years and has developed his style such that he’s able to perform pretty emotionally charged material with utter confidence. To wit, he appears to battle the demons head on in “Locket Monster.” Further, both opening track “Alone Together” and closing song “King’s Crossing” explore similar territory. In no small way, this is very similar to a lot of releases of this type—i.e., short-form live recordings with minimal instrumentation, slow-ish emotional tuneage, etc. Sloan has a little way to go to really distinguish himself in this very crowded part of the music scene, but he gets better with each release, plays out almost all the time and is basically doing what he needs to to accomplish just that. So, more power to him. Listen at tylersloan.bandcamp.com.

BRING THE NOISE: Michael Potter (Null Zone, Garden Portal) mentioned a couple of weeks back that he’s got a small batch of previously unreleased—digitally, that is—recordings from his ongoing project The Electric Nature. First is Nothing Is. It’s basically composed of two tracks (“Nothing Is Sacred” and “Nothing Is Permitted”), with the third track being a remix of the first two by label Endless Landscapes of Decay, which originally released this on cassette in 2017. The lineup for this record is Potter, Michael Pierce and Thom Strickland, and it howls and scrapes along just as you might expect it to. Next in the new-to-you lineup is The Place of Dead Roads, which features two very long live excursions. The lineup here remains Potter, Pierce and Strickland, and I think I ultimately find this to be more satisfying overall, even if, by reasonable standards, it shouldn’t be. It’s deceptively soothing throughout the entire first side but gets positively paranoid in the middle of track two. It never really resolves itself after this point. It just kind of dissipates in a very unsettling manner. The entire Electric Nature digital catalog is on sale now, so head to theelectricnature.bandcamp.com and see what kind of trouble you can get into.