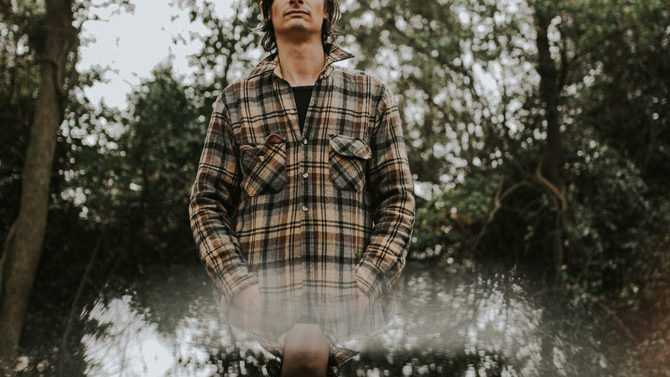 ALL IN THE FAMILY: Most ardent fans already know that songwriter Hunter Morris (Blue Blood) runs Fly Fishing North Georgia. Indeed, music and fly fishing are his supreme twin passions, and his company, along with the Oconee River chapter of Trout Unlimited, will host this year’s Fly Fishing Film Tour at the 40 Watt Club Friday, Nov. 22. The film presentation is a compilation of the best fly fishing and outdoor videos of the year. But wait, there’s more! Attendees will not only catch Morris as host of this event, but also, his cousin you might have heard of, T. Hardy Morris, will play after the film. Morris and Blue Blood will play, too. This event is a benefit for the stream restoration project of Crayfish Creek near Buford, which Morris tells us is a heavily impaired tributary of the Chattahoochee River. Doors are at 6:30 p.m., and raffle drawings and the film begin at 7:30 p.m., with bands to play afterward. For more information, see 40watt.com and flyfishingnorthgeorgia.com.

ATTN OLDS: There’s absolutely zero reason anyone working at WUOG 90.5 FM should be nostalgic for the decades when the station lived atop Memorial Hall. But out of an abundance of kindness, perhaps, the station is hosting “1990.5” with Memphis, TN, rapper Cities Aviv on Thursday, Nov. 21 in the Memorial Hall Ballroom from 7–10 p.m. It’s free for students with UGA ID. For info, see facebook.com/WUOGFM.

FLY ME TO THE MOON: Athens rapper DK (aka Dedric Knowles) let loose a new single named “Walk With Me” produced by space-age master Freeman Leverett. Knowles’ serious yet casual lyrics blend so well with the light-as-air production that I’m embarrassed to not have heard this the second it was released. Leverett’s own music is a real treat, too, the product of years (no, seriously, years) of woodshedding, composing and really getting into the meat ’n’ bones of what made the exotic sounds of 1960s-era cocktail music so, you know, out there. Hint: Easy listening isn’t easily composed at all. Check these out, in order, via soundcloud.com/shmokagedk and freemanleverett.bandcamp.com.

YA GOTTA HAVE SOUL: Athens folk-country group The Broken String Band released its new album last week. It’s titled The Culprit and the Stage and runs 12 tracks. They play with the folk/country/Americana label really fast and loose and sometimes are showcased much better on tracks that bear little resemblance to any of that stuff. To wit, the brassy “A Song Called Mary,” the Mungo Jerry-ish “Mr. Cow” and the sweet R&B of “Mary Kate” are all go-to tracks. Twelve tracks is entirely too long for this release, and the non-country-ish material outshines so much of the rest that it can appear at times the banjo is just Southern window dressing. It’s not difficult to imagine Broken String Band completely reconfigured as a soul group and really punching this stuff out. At any rate, if you missed their Athens release show last week, you can catch ’em down the road at Smith’s Olde Bar in Atlanta on Dec. 5.

PINK PLANET: Most people that play the Face/Off benefit events here in town—you know, the thing where a bunch of band folks get blended up into new bands with people they don’t normally play with—have a great time doing it and take it at least semi-seriously. Almost no one forms an actual temporary band and decides to head to the studio with it. But Ian Hemerlein (Kwazymoto, Saint Syzygy), Ryan Olivera (Manray) and Markus Trujillo (Murder the Mood) did just that, playing and writing under the name Pepto Abysmal. Running with the joke, the trio delivers three tracks of crude-ish material that rocks in the traditions of their actual current and former bands. The mid-tempo “Running Down My Leg” is probably the best thing here, but also the worst, in obvious ways. I’m also partial to the throwback hardcore of “Black Bismol.” Man, I dunno. It’s a thing, though. Check it out no more than four times daily over at pepto-abysmal.bandcamp.com.