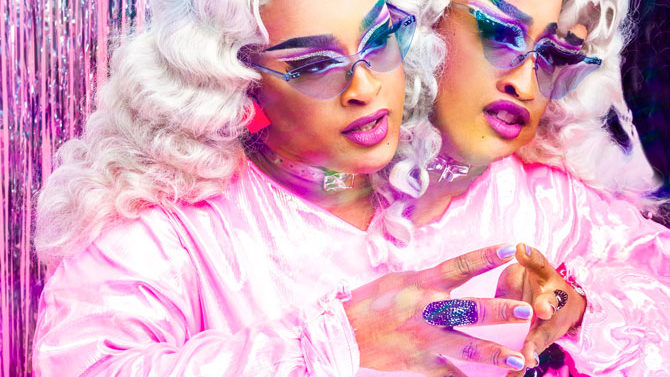 DECADE OF DEDICATION: On Wednesday, Oct. 30 from 6–11 p.m., Onyx Echelon 85 (aka OE85) and The Foundry will present the 10th anniversary edition of Feminenergy, an event celebrating empowerment and sisterhood that began back in 2009. Although it was planned way back then as a one-off event, it’s nice to see that it’s still going and getting bigger each year. Featured performers are The Last Chance Riders, Sister Moon, Rachael Plays Guitar, Royal Sun, Hit Lizard, Amanda Roark, Grace Conley, Table for Two and Taylor Alxndr. Advance tickets are $5 with a UGA ID, $7 for general admission and $10 day of show. Doors open at 6 p.m., and music begins at 6:30. For more information, see facebook.com/oe85ent, and for tickets, head to thefoundryathens.com.

FREEDOM ROCK ISN’T FREE: Guitarist Derek Nunnally has ties to Athens music reaching all the way back to being the guitarist for Michael Stipe’s first Athens band, Gangster, and playing with Terry ”Mad Dog” Melton in Misery Loves Company. He also performed roadie duties for Molly Hatchet, Dixie Dregs, Blackfoot and the Outlaws. Well, dude has a new album out this year named Life in the City, and it all sounds like an undiscovered 1980s hard rock gem, or, if not a gem, then certainly an enjoyable curiosity. The title track alone has twin leads straight outta the New Wave of British Heavy Metal instruction book. Equally rockin’ are “Fight Fire With Fire,” “No Remorse” and even his metal version of “God Rest Ye Merry Gentlemen.” Don’t take this too seriously—just rock out with it. Dive in at dereknunnally1.hearnow.com.

HEAVY SIGH SEASON: LeeAnn Peppers has released her newest album, For Asha, With Hope. The liner notes mention that she wrote these songs over a three-year period and let them develop naturally, as opposed to forcing something out. The already notable songwriter certainly reaches new heights and depths here. Especially compelling are the gently plucked and mournfully sung “Maryland,” the funereal “Mansfield, Ohio” and the heart-rending “The Last Time We Spoke.” If you’ve dug any of the new music that’s come out this year from, say, Lydia Brambila, Four Eyes or even Love My Truck, you’ll likely want to throw this on immediately. Check it out at leeannpeppers.bandcamp.com.

OLD, SWEET SONGS: Razzi King is set to release two new records within two weeks of each other, which isn’t terribly surprising considering his prodigious output over the last year. I’ll talk about the other one in the coming weeks, but for now, let’s focus on 5 Days & 5 Nights. This collection is alternately credited to King himself, Razzi King and Justin Case, and Soul Theory of Life. At any rate, King is on vocals and keys; Case is on keys, drums and bass; and Bill Oglesby is on horns. It opens with a faithful rendition of “Georgia on My Mind” and continues through its five tracks sweeping melody and tempo into a tasty R&B blend. Stylistically, its rhythm and blues travel through the mid-1960s to mid-1970s. It’s not essential, but it’s fully satisfactory, so if you’re curious, go hear it at echobassrecords.bandcamp.com.

WISH YOU THE BEST: Sarah Zúñiga released her newest single last week. It’s titled “I Like Knowing You’re Around,” and the video for it was shot mostly in downtown Athens, so when you see it, you’ll recognize everything instantly. The song itself is a breezy, summery acoustic pop single that’s pleasant enough. Zúñiga is a solid songwriter, and this song really seems like a branching out stylistically for her. It’s available now on Spotify and iTunes, and you can learn more at facebook.com/SarahZunigaMusic.