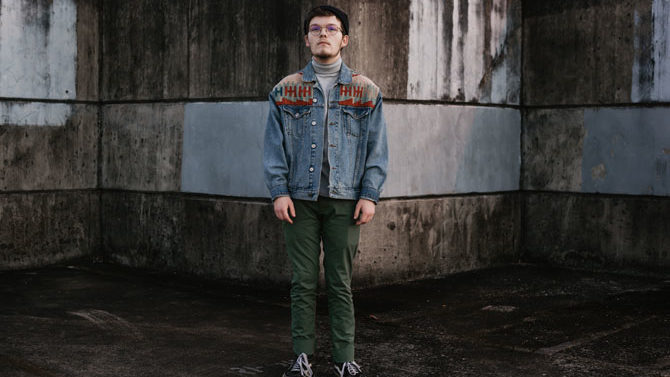 DOUBLE BARRELED CANNON: Athens band CannonandtheBoxes released an EP, Can’t Swim, back in March, and has two new singles out just this past month. At first blush, given its trappings (the U.S. flag, name, self-professed political bent, etc.), the group appears as a pretty straightforward entry into the Americana genre. Thing is, though, the horn section on “November 22nd” is evidence of a seriously considered arrangement. The second new single, “The Love Song of J. Alfred Prufrock,” is less immediately memorable, but it may grab someone. For a more representative taste of CannonandtheBoxes, go back to the previously mentioned EP and chomp on the substantial “St. Patrick’s Cathedral” and “Horseleg Creek”. The group next plays locally Saturday, July 20 at the 40 Watt Club, where they’ll be joined by Nashville’s Maxx Marshall and Atlanta’s Ozello. Give ’em a listen at cannonandtheboxes.bandcamp.com.

ALL TOUR UP: Easter Island is going out on tour and kicking it off with a stacked bill at the Caledonia Lounge Thursday, July 18. Joining them are Tedo Stone and Nashville’s Safari Room. On the tour, Easter Island will hit no fewer than 22 cities across the USA, and will wind the whole thing down at Raleigh, NC powerhouse festival Hopscotch. Check out all their dates at facebook.com/easterislandband.

AND IN THIS CORNER…: Songwriter Ryne Meadow will play the 40 Watt on Friday July 19 along with Honeychild and Greg. No, Meadow doesn’t have a “new” album out—his latest, There Are Clouds in the Sky, came out a few months ago. So, why mention this? Because he’s said he’s going to “bring these songs to life in a fun way.” Those familiar with his introspective, hella moody tunes should feel edified by this experiment. Check his blueprints over at rynemeadow.bandcamp.com and rynemeadowmusic.squarespace.com.

THE GANG’S ALL HERE: When Strawberry Flats return to The Foundry on Saturday, July 20, don’t call it a comeback. Well, actually, it’s OK if you wanna call it that. It’s been a while. Even so, they’ve been back a bunch, and each instance has been a swell time for fans and friends. Originally formed in 1985, the group—John Keane, Scott Sanders, Tim White and Dean Quinter—came together to jam on some classic psychedelic tunes and deliver them in a muscular and loud style. More significant, though, is the provenance and experience of each of these players. Their combined biographies read like a semi-who’s-who of Athens Southern rock. Groups directly or tangentially related to Strawberry Flats include Phil and the Blanks, Diamond Rio, T. Graham Brown/Rack of Spam, Normaltown Flyers, Randall Bramblett Band, Landsharks and more. All details can be found at thefoundryathens.com and facebook.com/groups/StrawberryFlats.

NOISES OFF: The big-screen directorial debut of filmmaker Joseph Cross—who has appeared in such titles as Milk, Lincoln, “Mindhunter” and “Big Little Lies”—opens at Ciné Wednesday, July 17. It’s a coming-of-age story named Summer Night, and Athens bands Deep State, Ruby the Rabbitfoot and Roadkill Ghost Choir all appear in the film playing their own music, but under assumed names. It was kind of a task reading through all the release notes about this film, but it was also super cool to see Athens native James Ponsoldt (Off the Black, The Spectacular Now, Smashed) listed as an executive producer. Further, I felt personally attacked by the character in the trailer who says, “Is this all you guys do? Sit around and talk about bands nobody cares about?” The film shows at Ciné from July 17–20 and, remember, air conditioning is included. For more information, see athenscine.com.