Dictator Gets Saucy, and More Music News and Gossip 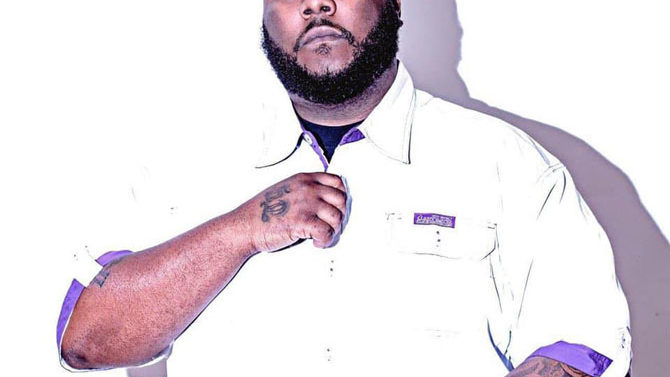 WAVE AND SAY HEY: It’s been a hot minute since we heard new music from Dictator (aka Travis West). The leader of the Clownin’ Gang label and years-long Athens rap institution has been, as they say, in the lab. Although he’s still working a new full-length release, he finally put out a single, “Gushin’,” a couple of weeks ago. Like most of the best Dictator tracks, it’s got a solid, repeated lyrical hook (“My sauce don’t drip!”) and several bars about where he’s been, what he’s been up to and how he’s not down to hate on anyone, really, but that said, he’s still gonna do his own thing. The easiest place to grab this right now is via Spotify or Apple Music. If you need another format, go bother the man himself via facebook.com/DictatorTTP.

SHHH. NO DREAMS, ONLY TEARS NOW: After opening its self-titled EP with the relatively epic-length “Effort,” Athens band in memories—the group stylizes it with all lowercase letters, which is fine, but really difficult to fit clearly into a sentence—gets down to business. They’ve taken firm hold of the nostalgia noose laid down by that weird period when all a band really needed was a couple of beards, a few backpacks with Avail patches on the back and a vegan potluck. Seriously, though, these four songs are pretty damn solid within the group’s chosen genre. For all the old people in the back, in memories surfs that last wave of the day when the screamo rage was just beginning, but hadn’t gone fully guttural. Essentially, the band is the new wave of the second half of the first second wave. (Only really pedantic nerds are gonna understand that, so don’t feel bad if you don’t.) All in all, it’s fairly rockin’. Plus, it was mixed by Al Daglis, whose bona fides are rock solid, so check this out at inmemories.bandcamp.com.

THROUGH THE STONES: Composer Rachel Evans (Quiet Evenings, Ornamental Hairpin) just released a new album under her long-running Motion Sickness of Time Travel moniker. It’s titled Subterranean, and both its name and inspiration are drawn from the novel of the same name by author and former Athenian Sarah Colombo. Evans has been creating deceptively simple-sounding musical landscapes for a long time, and excels at incorporating found sound, serendipitous “accidents,” low-level hums and other noises into dreamily half-awake-seeming situations. Significantly, though, Motion Sickness of Time Travel has never felt like it was mimicking nature, but rather singing along with it. This is available on cassette via Evans’ label Adversary, and you can order and listen via adversaryelectronics.bandcamp.com and motionsicknessoftimetravel.bandcamp.com.

HAVE MORE FUN: So, it’s like this. Last year, The Salt Flats went on hiatus and members Jarred Forrester and Jason Trahan (The Ginger Envelope, et al.) formed The Vassar Blondes with vocalist Meghan Sykes and drummer Rin Vinson (Zac Brown Band). They’ve recorded a few demos at The Glow Recording Studio, and plan to head back there soon to do an entire album. Based on the demos, they’ve got some chops, and Sykes has a clearly distinctive voice that sounds more like Linda Hopper (Oh-OK, Magnapop) than anyone else has for decades. Thing is, though, the group should figure out what kind of band it wants to be and do that. I know it’s only demos I heard, but even so, it’d be nice if there were a clearer sense of direction. So far, the songs run a short gauntlet between the totally twee (“The Deluxe Memoryman”), the mid-tempo rocker (“My New Love”) and the all-out flashy rock number (“Pay Attention”). The Vassar Blondes next play locally on Thursday, Apr. 18 at The World Famous with The Shut-Ups.