Flagpole Hits the Road to SXSW, and More Local Music News and Gossip 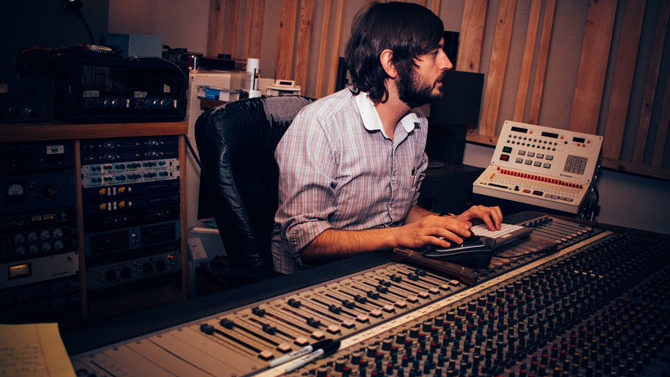 Some of the crew, including me, have taken leave of Athens this week and headed down to Austin, TX to meet up with—who else—a bunch of local bands. If you’re reading this in Athens, know that we miss y’all, and if you’re reading this at South by Southwest, come and shake our hand or something. The root’n, toot’n news for this week is below…

SING OUT LOUD, SING OUT STRONG: Longtime Athens studio engineer Drew Vandenberg is doing a soft launch at SXSW for his newest and most generously ambitious project, Athens Resonates. The whole project is a fundraiser for Nuçi’s Space and the music program at the Boys and Girls Club of Athens. The organization will release six 7-inch records per year featuring one band each—double A-sides, if you will—but each annual series will feature the work of one visual artist. Each record is limited to approximately 300 copies, and all the sessions are conducted by Vandenberg live to half-inch, two-track tape at Chase Park Transduction. Every two months, when a new record comes out, a release show will happen at Creature Comforts or the Georgia Theatre. The first release is by Futurebirds, and Vandenberg will have a merch table set up at the New West and Georgia Theatre SXSW showcases (see below). He’s not doing this all alone, even if it was his idea. There are lots of folks helping out, donating time, money and materials. The website for the project will be at athensresonates.com.

AUSTIN, MEET ATHENS: Now in its 13th year, the annual Athens in Austin party takes roost once again at Austin’s Side Bar (602 E.7th St.) from noon–6:30 p.m. Saturday, Mar. 16. This event has been under the wing of the Georgia Theatre for the past several years, and between that crew and the hometown gang of Side Bar, the hospitality at this thing is just lovely. In the interest of full disclosure, please note that I work the door at this event each year. But I promise, once you get inside, people are really friendly. On the bill this year, in order of appearance, are Wieuca, Lee Bains III and the Glory Fires, Katie Schecter, Thayer Sarrano, Faux Ferocious, Caulfield, Wanderwild, Lost Coast, Saint Pé, The Medium, Five Eight, Glove and Bambara.

THE WEST IS THE BEST: New West Records is hosting a showcase of really killer proportions Friday, Mar. 15 at The Mohawk (912 Red River St.) from 8 p.m.–2 a.m. Seriously, y’all, dig this lineup: Steve Earle, Robert Ellis, Lily and Madeleine, The Nude Party, The Texas Gentlemen, Seratones, Dan Luke and the Raid, Parker Gispert, Los Coast, Wild Moccasins and The Artisanals. Oh yeah, there are “special guests” that haven’t been announced, but who’s gonna top a show with Steve Earle? Exactly.

SATURDAY NIGHT’S ALRIGHT: The aforementioned Georgia Theatre will host its second annual official showcase Saturday, Mar. 16 at Antone’s (305 E. 5th St.) starting at 8 p.m. Those in attendance will be treated to performances from the Marcus King Band, Parker Gispert, Sleepwalkers, Palm Palm, Illiterate Light and Susto. Chances are good that the Theatre crew will be totally exhausted by this time, so have a heart, wave and say hey, and buy ’em a taco.

THAT’S ALL, FOLKS: As reported a few weeks ago, after 15 years, Athens Popfest has shut its doors. This isn’t exactly a going-out-of-business situation, but rather the decision of founder, booker and overall righteous daddy-o Mike Turner. While no official statement is expected to be forthcoming other than, “It was fun, now it’s done,” I’ll go on record saying that I’m honored to have been involved with this event in various capacities over the years. Although it’s been well noted that more than one band broke out to huge international recognition based on its Popfest appearance, it is more noteworthy that music fans from largely underrepresented scenes had the biggest blast each summer at this thing. It was always really cool to meet folks who traveled from Sweden, Japan, Germany, England and, hell, even Canada, just to experience our town and the nearly always bespoke lineups courtesy of Turner. Athens Popfest is dead; long live Athens Popfest.