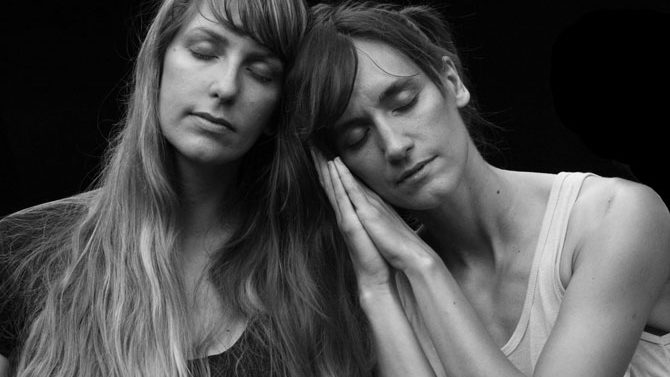 LISTEN IN: Hope for Agoldensummer just released the whopping 23-track soundtrack that was commissioned for true crime podcast “Happy Face.” The program is the product of Melissa Moore, the daughter of serial killer Keith Hunter Jesperson, who was nicknamed the “Happy Face Killer.” The tunes here run a solid gamut between spooky and spindly to uncomfortably buoyant and everything in between. Existing fans of the band will immediately recognize the group’s sound, and there’s a good chance of newcomers being turned on to them by this new far-and-wide exposure. Thus far, the music as a standalone item is only available at store.cdbaby.com/cd/hopeforagoldensummer3, but you can also sample each track there. The podcast is available via iTunes, and eventually this soundtrack will land there, too.

FRENETIC SIGHING MACHINE: The folks behind the Elephant 6 Enthusiasts Facebook group, namely Jesse Miller, have produced a big ol’ tribute album featuring 23 artists covering a wide selection of E6 Collective tunes. Before any specific criticisms are levied, let me just say hats off to everyone involved in this. Why? No. 1, it’s very difficult to organize this many people to do anything, and No. 2, this source material borders on religion for a lot of folks, so the pressure to do right by it was more than likely internalized by all concerned. And honestly, as far as actual criticisms go, there aren’t many, outside of the fact that this is massive and, thus, a tad long-winded. There are a bunch of really cool takes on this classic stuff, including those from Icebeing (“The Golden Flower”), Athens Tango Project featuring W. Cullen Hart (“I Have Been Floated”), The Strawberry Crusaders (“Temporary Arm”), Riot Week (“Grin”), BBQ Triangle featuring Ian Werden (“Joy”) and Fence â‰‡ (“My Dream Girl Don’t Exist”). These kudos are far from exhaustive, but that should be enough to get you going. Check it out at e6enthusiasts.bandcamp.com.

MOMENTS: The new album by small science is named minimal reflections. It’s a marked departure from the song-based recordings the project was doing back in 2015, and more dialed in than the sprawling tunes it released in 2017. This release seems to be largely—if not solely—the work of viola player Maria Kindt. It has no credits listed, so this is a total guess on my part. Even so, this is a heavy destination of an album, and yeah, it swings a little, but in that way that heavy branches in a storm seem on the cusp of snapping. To its credit, it’s not very drone-heavy, nor is it improvisational. It’s not self-indulgent. It is, however, an emotionally confusing record that is set up by the electronic grunt and squeal of “hepurrrsremixxx,” which is based around a sample of a person snoring. After this, though, it’s all string-based, and is alternately pretty but not easy and heavy but not cumbersome. It closes out with two live tracks recorded last year at Hendershot’s. Check it out at smallscience.bandcamp.com.

TANKS A LOT: Current University of Georgia Music Business Program student Jameson Tank released his debut single last week. It’s named “Heavy Dependence,” and if you want to hear it, head to the big streaming services and search for it. I did. It’s a decently solid pop-rock song in the vein of a more well-adjusted Green Day or a less well-adjusted Bryan Adams.  Not a lot to go on here, really, so I’ll wait for the album. Tank himself, though, has a couple of things really going for him: First, his name is straight from the rock-star baby names book. Second, his promo photo shows him playing a Gibson Explorer, which is undeniably one of the coolest guitars ever. So, there. Head to jamesontank.com for more information.

SETTLE DOWN NOW: Not to dampen the enthusiasm for the good ol’ competitive spirit of music or anything, but the Ethan Payne who’s scheduled to appear on “American Idol” Mar. 6 is a teenage songwriter from Macon. Not Athens’ own Ethan Payne from Easter Island. This is a public service announcement.

ISLAND LIVING: If you find yourself in the Savannah area Friday, Mar. 8, you should head over to Huc-A-Poos on Tybee Island, where The World Famous is hosting an Athens showcase. This is an unofficial event happening during the annual Savannah Stopover festival. This night will feature a bunch of favorites, including Dip, Calico Vision, Summer Hymns, McQQeen, Neighbor Lady, Eureka California, Deep State and Hunger Anthem. Oh yeah, the whole thing is being billed as “Spring Broke: an Indie Rock Extravaganza,” because that’s really clever.

T FOR TEXAS: Are you or your band headed to Austin, TX next week for South by Southwest? If so, drop me a line and let me know where you’ll be playing and when. Thank you.