Adam Klein Is Still the Real Deal, and More Music News and Gossip 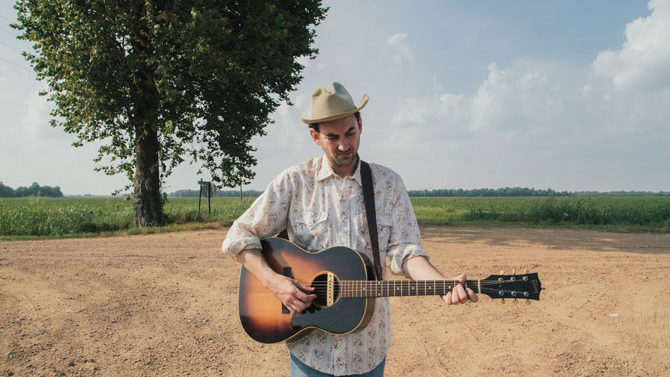 HEADS UP: Longtime Athens singer-songwriter Adam Klein will celebrate the release of his newest album, Low Flyin’ Planes, Friday, Mar. 1 at Hendershot’s Coffee Bar. This is Klein’s seventh album overall and his third with producer Bronson Tew, and he’s noted in a press release as saying, roughly, that while this ends something of an unplanned trilogy for the pair, they’re already conspiring to make a next record, too. Normally, this is the place where someone would mention how the artist has grown or branched out or something. Thing is, Klein arrived years—and albums—ago. This is just his latest manifestation. Even so, the Springsteen-isms of “Look Out (Doraville)” supply a full medicinal dose of rock and roll healing power. Similarly, the title track kicks back on the tradition of semi-sunny melancholy, and winds up being prettier and sadder and more thoughtful than anything in recent memory. Basically, the whole album is a packed set of gifted compositions and truly impressive arrangements. It’s also one of only a handful of Americana-ish or country records out of Athens in the past couple of years that doesn’t feel like a total put-on. The release show Friday has doors at 7 p.m., Lucas Tavares and Friends at 8 p.m. and Adam Klein and the Wild Fires at 9 p.m. For more information, see adamklein.bandcamp.com and adam-klein.com.

STRIKE THE POSE: Musician Kyle Kendall has a project named Pale Pose that is, as of now, a solo project, but he’s looking to flesh it into a full band. Either way, from the sound of his newly released album, Doorways; The Exiter, it’s pretty clear he knows how he wants everything to sound. To this end, Pale Pose lands kind of squarely on the shoulders of the goth/death-folk of the late 1980s and early 1990s. I mention this era in particular because, even though the acoustic guitar and ambient work on this can be traced to influences from years before, it’s the electric guitar riffs and wails that pop up that nail it more to that time than any other. The record was mixed and mastered by Tom Ashton (The March Violets, Clan of Xymox) and runs a tasteful eight tracks. While it’s not clear yet that Pale Pose possesses a particularly distinct personality, this is an ambitiously undertaken project that is much more fully produced and composed than I anticipated when I pressed play. For my part, I think Kendall hits his stride best on “The Walking” and “Masks With Blue Dynamite.” Check this out at palepose.bandcamp.com.

ROCK ’N’ ROLL TO TAKE HOLIDAY, GIVE QUARTER: Are you a UGA student feeling stressed out over impending midterms? Well, the home of “10,000 Watts and Almost as Many Choices” has you covered for exactly two hours Wednesday, Feb. 27. Head to the studio of WUOG 90.5 FM in the Tate Student Center from 8–10 p.m. and enjoy relaxing performances from N1KI and Elijah Johnston. The studio is also providing snacks, coffee and tea. Also on tap, courtesy of the drug and alcohol abuse prevention efforts of UGA’s Fontaine Center, are “tools to handle stress, with adult coloring pages, mindfulness techniques and an on-site health coach.” All this reminds me of when I got a speeding ticket the other day. It was, momentarily, super stressful, and my coffee cup was running low. But, I swear, the moment that deputy handed me a coloring book, everything seemed to melt away into a pool of wellness. Here’s to everyone making really good grades and getting to bed at a reasonable time!

TWO FOR TUESDAY: The Tuesday Tunes series at the UGA Center for Continuing Education has its next happening Tuesday, Mar. 5 from 5:30–7:30 p.m. This series will continue for the rest of the year and occur the first Tuesday of each month. These occasions feature appearances from, and combos composed of, teaching assistants and students from the Hugh Hodgson School of Music and the Franklin College of Arts and Sciences. On deck for Mar. 5 are a jazz string trio from 5:30-6:30 p.m. and a clarinet quartet from 6:30-7:30 p.m. For more information, see facebook.com/UGAhotel or give ’em a call at 706-548-1311.