Eric Hat’s Got Skills, and More Music News and Gossip 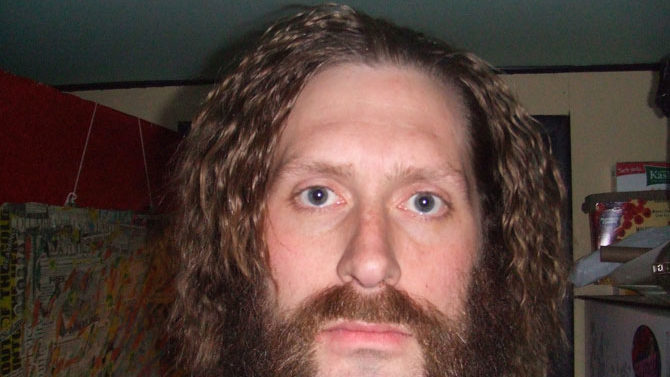 This is the final Threats & Promises of 2018, and it’s really been a stupendous year in Athens music. Nearly every week, there was some hidden gem to be discovered, or an album came out that lived up to its hype. The amount of hard work, creativity and care that most of y’all dedicated to your projects did not go unnoticed by me. A lot of the time, people will ask me what I’ve been listening to, and my mind generally goes blank. This past year, though, I could easily rattle off a list of killer local records in any conversation. So, thank you.

NOISES ON: Eric Hat, aka Eric the Hat, continues to dump things onto the internet at a volume heretofore reserved for the artistically compulsive, those who lack editorial skill and old folks digitizing photographs. All of which he may be, or may be doing, but whatever, the man has skills. To wit: the new two-song event Helen Hunt. The first track, “Track 01,” is a deeply groovy thing with a half-trap/half-chill top rhythm, but there’s an ongoing guitar rhythm in the back that, at least for a few seconds, brought to mind The Velvet Underground’s “Venus in Furs.” Not for a long time, though, and it’s far from overt, but it’s there. The second track, “track 03 of something…also for Seth,” is obviously a dumped tune, but even as a working sketch I dig it, as it’s mostly along the same lines as the first track, although it’s slightly more shrill and its mood is more elevated. Man, there’s just so much stuff to dig through with this guy. Spend the winter at ericthehat.bandcamp.com.

CHEART BREAKER: Athens songwriter and UGA Music Business Program student Xander Ward released his debut single a few weeks ago. The track, a fairly straightforward and very modern pop tune named “But Her Eyes,” would slide frictionlessly alongside any soft-eyed and tender- hearted tune likely to cross your iHeartRadio app. Play it for your parents, play it for your girlfriend, and if you’re going to do either of those, you’ll need to play it from soundcloud.com/user-345223274/but-her-eyes.

LEADER OF THE BAND: Wild Rumpus parade grand marshal and longtime Athens musician and roustabout Timi Conley will revive his old band Fuzzy Sprouts for one night at The Foundry. On Thursday, Dec. 27—right about the time you’re wondering what to do with that old acquaintance who decided to just “stop by for a few days during Christmas”—the renamed Spuzzy Frouts will join songwriter Caroline Aiken and her band on a shared bill. Aiken takes the stage at 8 p.m., and Spuzzy Frouts hits it at 9:15. For tickets and information, see thefoundryathens.com.

FIND IT ON FOUNDRY: By the time you read this, you’ll have only a couple of days left to visit the Widespread Panic pop-up store at the band’s home office at 400 Foundry St. It’s open weekdays from 1–6 p.m. through Friday, Dec. 21. The crew over there at Brown Cat, Inc. (the name of Panic’s management team) has created a retail haven full of shirts, posters and other WSP gear, so go give ’em a wave and say hey. In other news, if you happen to be attending the first of the band’s three New Year’s Eve weekend shows on Saturday, Dec. 29, come visit me in the Fox Theatre’s Marquee Club starting at 6 p.m. I’ll be there greeting readers and signing copies of the book I wrote for UGA Press, Widespread Panic in the Streets of Athens, GA. This portion of the night is free and open to the public as well as ticket-holders. This signing is presented by the Fox Theatre Institute, and yeah, I know it sounds like horn tooting, but if you’re there, I’d like to see you, so please come say hello.

STRUMMIN’ ALONG: One of my favorite duos of the past decade, The Skipperdees, will return to Hendershot’s Coffee Bar next month to release a new EP. As of this writing, there are pretty much zero details available outside of this. But member Catherine Backus is coming home from Virginia for this show and bringing a folk trio named After Jack with her to share the bill. This all happens Sunday, Jan. 6 from 7–10 p.m. If you’re not yet familiar with the occasionally stunning and always deeply poetic songwriting prowess of The Skipperdees, see theskipperdees.com and get up to speed.