The Ice Creams Dish Up a Tasty EP, and More Music News and Gossip 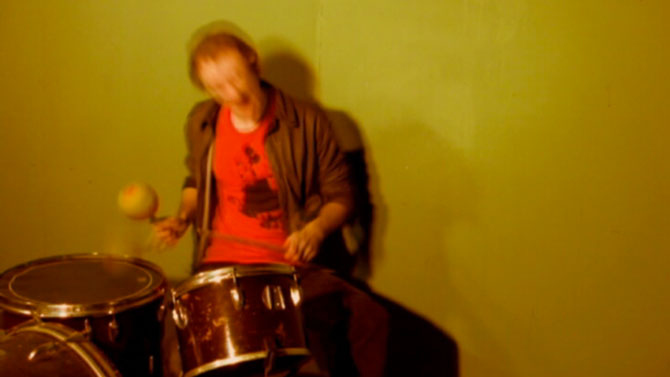 TEN YEARS AFTER: The new EP from The Ice Creams is now out in its entirety. Composed of two members of The Humms—Zeke Sayer and Matthew Garrison—along with drummer Stephen Findley, the band originated as a recording project back in 2008. Now, this six-song treat is available digitally via Sayer’s Gypsy Farm Records, and is the band’s first release since a single that came out a long time ago. Musically, The Ice Creams occupy, to a large extent, the aesthetic ground Gypsy Farm is known for. That is, classically pop-oriented garage rock with a keen ear for melody above all else. Significantly, though, The Ice Creams are an earphone lover’s dream, with their subtle backgrounds (e.g., the vocals on “It’s So Strange”) and the steady, multi-layered, homegrown wall of sound on “1000 things.” Grab this at gypsyfarmrecords.bandcamp.com, and learn more at gypsyfarm.net. The Ice Creams play their first-ever live show Tuesday, Dec. 4 at Go Bar, with another gig scheduled for Thursday, Dec. 20 at Flicker Theatre & Bar.

BRAND NEW DAY: The new album by Parker Gispert (The Whigs) is named Sunlight Tonight, and it’s out now via Normaltown Records. Although Gispert is known among Whigs fans for his straight-ahead rock and roll—and on Instagram for his nonstop feed of creative outfitting—this album feels like an artistic statement he’s been seeking to make for a long time. The soft psychedelia of “The Goldilocks Zone” is an obvious and immediate high point, but the orchestral arrangement of “Too Dumb to Love Anyone” is a totally nice touch to a song that initially feels it’s going to pop off loud in one direction but, eventually, ebbs and flows like a series of waves until it reaches crescendo. “Through the Canvas” has much of the same type of musical tapestry. Thematically, it opens the album with lyrics of renewal, clarity and shaking off emotional cobwebs. The high notes Gispert hits during the chorus are the hook that should draw listeners into the whole record. Check it out at parkergispert.bandcamp.com and newwestrecords.com. As long as you’re online, you may as well be a fan over at facebook.com/parkergispert.

IN THE SITTING ROOM: One thing I’ve always like about experimental combo Thunder O(h)m! is its understanding and embrace of salon-type atmospheres. The newest live recording by the group—expanded in this instance to the Thunder O(h)m! Quintet—is exactly the type of thing I mean. Recorded in the home of pianist Brad Bassler, the intimacy of the performance is captured perfectly on the recording. Oh, yeah, it’s named Wound to the Dire Down to the Wire (Please Vote). It’s all very much, for want of a better term, in one’s face. The singular 37-minute track encompasses not only the group’s raw intensity, but also assumes a stance way beyond what first listeners might assume of strict improvisation. Although I’m not privy to the band’s creative method, much of this seems very compositional and indebted to 20th Century classical music. The quintet is the aforementioned Bassler, Sahada Buckley on violin, 8Killick Hinds on guitar, John Norris on drums and bass by Jamie Thomas. Thunder O(h)m!’s overriding artistic position has always appeared to be one that understands it’s not enough to simply “experiment” and mess about, but that experiments should necessarily seek to advance either the form itself or, at minimum, an understanding of the form. Check it out at killick.bandcamp.com.

JINGLE JANGLE: The Hugh Hodgson School of Music will present its annual holiday concerts at the music school Thursday, Nov. 29 and Friday, Nov. 30. On deck to perform are the voices and talents of hundreds of people, including the men’s and women’s glee clubs, the University Chorus, Hodgson Singers, African American Choral Ensemble, UGA Symphony Orchestra, British Brass Band and multiple solo vocalists. The conductors for these performances are professors Daniel Bara, J.D. Burnett, Mark Cedel, Gregory Broughton, Philip Smith and graduate conducting student Jean Gomez. The repertoire will include selections from The Nutcracker, the “Magnificat” and The Muppet Christmas Carol, among others. Tickets for adults are $25—children and students are $6—and you can grab them at pac.uga.edu or by phone at 706-542-4400. If you’d like to go but simply cannot, you can stream it via music.uga.edu/live-streaming.