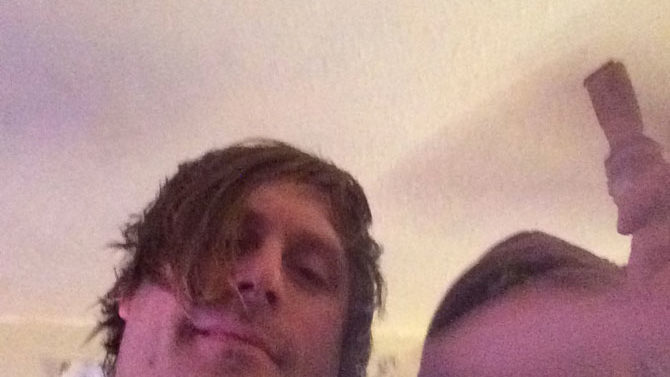 If you’re reading this column for the first time, chances are good you’ve just landed in Athens to begin classes at UGA. Let me be among the first to both welcome you and encourage you to step off campus as much as possible. Sure, UGA is a world-class institution with incredible facilities, but Athens itself is really something special. Take some time to explore volunteer opportunities, engage our various art happenings, go see bands, form a band, release a record, write for Flagpole, even.

Some of you will only be here for your college years, and some of you will just get dug in and stay for decades. Fact is, you don’t know which you are yet. Most of us here at Flagpole didn’t know, either. But we were all brand new here once, so don’t feel shy if you hear about something cool happening and want to go check it out. Just go. Meet people. Have fun. This is your time to see what all the hype is about and, quite possibly, add some of your own. We hope you do.

Now, let’s get to the news…

HELP: Most things that make me go, “The fuck?” really aren’t trying that hard. They’re just run-of-the-mill, superficially eccentric things. On the other hand, there’s Eric Hat (aka Eric the Hat and likely other things). Dude has 15 different releases, with the most recent credited to Criminal Fantasy Motion Pictures and titled A Grip. Ok, so there are 47 (!) tracks here, and five of them are named “A Dozen Jugglin Cousins,” seven are named “Night Night Track,” and 16 are named “A Whole Nother Album Track.” This is really sample-heavy stuff, and it may well be all samples, but who can tell? It’s just weird, odd, beholden to no single style and kinda cool in its own way. Also, apparently Hat can’t remember what any of these things are actually supposed to be named, as he notes this record is comprised of stuff from the past 15 years, and “If you have any knowledge of what the original titles were, please contact [him].” So, lend an ear at ericthehat.bandcamp.com.

A HOME OF ONE’S OWN: Ian Hemerlein (Kwazymoto) records under the project name Saint Syzygy, and he’s just released a new album. It’s titled Party at My Place, and it’s his first recording in over a year. Distinctly, it’s far less aggressively dialed in than Kwazymoto. Rather, Hemerlein deals in several styles that, amazingly, coalesce nicely. Listeners might find themselves restfully checking out due to the soft psych of the first few tracks, only to be jarred awake by the 20th Century Broadway style of “Dead Cowboys.” Honestly, I’m pretty partial to the weirdo joints on here, but none of them so much as “Detox,” which easily has the best and most rambunctious rhythm and melody of the whole record. It comes right near the end, so be sure to listen all the way through. Check it out at saintsyzygy.bandcamp.com.

SONGS IN THE KEY OF RAZZ: Athens dub-reggae master Razzi King breaks his own already-amorphous mold on his new album, LOVESOULJAZZ. Living solidly in the dusky evening of ’70s/’80s slow jams, this one’s an easy replay candidate. The beats were composed by Chozen1 (Wendel Higgs) and Jazz Crew, and they easily denote inspiration as opposed to mere aping. King’s voice is smooth with just a hint of raspiness. Highlights are the impossibly blissful “Still Standing” and the subtly hard-hitting “Can’t Get Over.” As always, Echobass Records delivers the goods, so go get good at echobassrecords.bandcamp.com.

CRY NOW, CRY LATER: There’s a duo named Dim, they’ve got a record named It Feels Like Home, and if you ever gave a damn about ’90s-era second-wave emo, this is totally your bag. As per usual with this stuff, it’s at its best when the screams match the melody. Imagine a far less aggressive Hot Water Music or a much more aggressive Mineral. Dim achieves this to great end on most of these songs. Even though there are only five tracks here, “Lluvia” and “Solo” provide a decent amount of hope for more. So, get crackin’, boys. Wipe your glasses clean at dimathens.bandcamp.com. 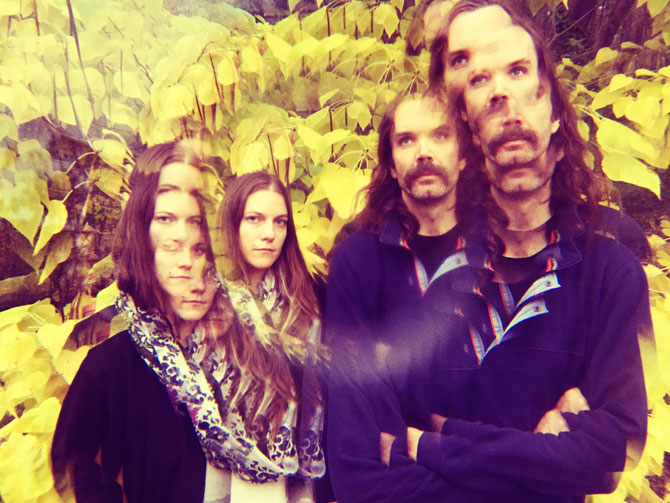 A Hawk and a Hacksaw

BACK TO THE GARDEN: Tickets are on sale now for the return of A Hawk and a Hacksaw to Athens on Wednesday, Oct. 3. The duo of drummer Jeremy Barnes (Neutral Milk Hotel) and violinist Heather Trost have deep cultural roots here, so it’s only natural that they’d return to play the Orange Twin amphitheater. Also on the bill are Portland, OR’s Shelly Short and Australia’s Darren Hanlon. A Hawk and a Hacksaw currently have a new album out named Forest Bathing, but seriously, don’t even think about trying that shiz at Orange Twin, even in the ol’ swimming hole. Tickets are $15 in advance and $20 at the gate. Parking is limited, so please make plans to carpool. For more information, see orangetwin.com.