Broken Cloud Machine Digs Up the Past, and More Music News 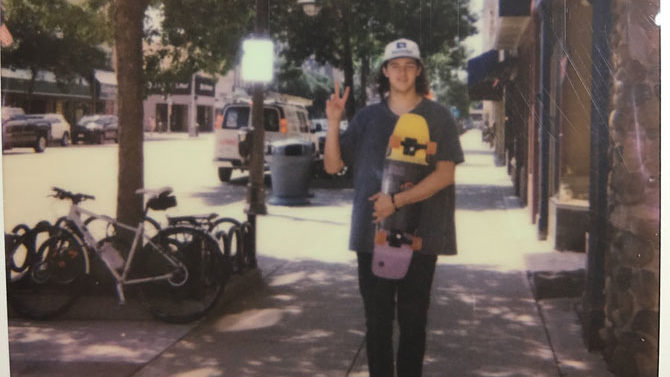 CLOUDBUSTING: I’m likely pretty behind the curve on this, but there’s this project in town named Broken Cloud Machine that released a four-song EP titled What Will The Moon Say? a few months ago. About 95 percent of it is written, performed and recorded by Calvin Truelove, with just a dash of collaboration by Savannah Walker. Were you wondering where 1990s Tascam four-track demo-tape recording went? It went here! Sweet lord, this is every bit as late-20th Century Athens as the opening acts for every Elephant 6 and Kindercore band were. It’s a little bit twee and a little bit sad and kind of ambitious, but mostly personal, and all that is to say that it’s not going to blow your mind, but it’s not half bad at all. Check it at brokencloudmachine.bandcamp.com.

CALLING ALL CARS ON THE SUNSET STRIP: Are you an Athens-area music-related business that needs an intern? Well, the UGA Music Business Program would be proud to supply you with one. Because the music business is pretty widely defined, so too is the definition of what constitutes a “music-related business.” Nightclubs, record labels, promoters, artist managers, graphic designers, booking agents, publishers, licensing concerns, manufacturers, distributors and retailers are all eligible—basically, anything to do with the music business. Interested? Good. Now, take that interest and drop program director David Barbe a line via dbarbe@uga.edu, and get set up.

NAPTIME: Athens singer-songwriter Ryan Wright makes music under the name Siesta Forte, and has thus far released one song, “In My Blood.” It runs about four minutes, and is pretty straightforward with its mid-tempo guitar, bass and drums arrangement. I listened to it about four times in a row, because even through all the reverb the guitar has on it, there was this little nugget of musical information that seemed to come around every few bars. It took a few really close listens, and now I can tell you assuredly that what I was hearing was the end-of-bar flourish from The Rolling Stones’ “Beast of Burden.” Listen for yourself at siestaforte.bandcamp.com.

NOW HEAR THIS: The Pink Stones just released a live recording from their show at Flicker Theatre & Bar on July 25 and it named Live at Flicker 7â€‹/â€‹25â€‹/â€‹18, because, I mean, why not? It was recorded directly to cassette tape by Adam Wayton. It opens with a fine version of Townes Van Zandt’s “I’ll Be Here in the Morning.” After this, the band goes through some originals that I couldn’t identify right off the bat, but honestly, if you dig classic Dylan, Young or the aforementioned Van Zandt, this should fit right in. Notable pop nods include the group’s original “Blueberry Dream” and a kind of strained cover of The Velvet Underground’s “Candy Says.” Check it at thepinkstones.bandcamp.com, and be a pal at facebook.com/thepinkstonesss.

THREE MORE FROM THE ROAD: Michael Potter (Null Zone Records, The Electric Nature) dropped a new live tape that features two tracks recorded at Philadelphia’s Kung Fu Necktie during his most recent tour and one recorded at the 40 Watt Club. It’s named Tour Tape, most likely because Potter’s just too busy to sit around thinking of titles for things. It features three tracks of him and his guitar and a slew of effects. It’s the kind of thing that requires you either hear it live in person or listen alone with headphones, because otherwise you’re gonna miss a lot of what’s going on. Especially impressive is how the entire midsection of opening track “Silver Streak” sounds like a string suite. At least, I was impressed. Go hear it at michaelpotter.bandcamp.com and let it do its work.

FORTUNATE SONS: The Pierres will release a new EP Thursday, Aug. 9 at the Caledonia Lounge. Also on the bill are The Family Recipe and Tuco & Blondie. I haven’t heard anything of the new record, but the five-song EP they released back in February, Pops, was fairly tops, and I’ve always dug these guys live. They’ve totally nailed the aesthetic ethos that resides at the intersection of early-’70s punk, garage, jangle pop and chooglin’ swamp rock. Go back to school via thepierres2.bandcamp.com, and chime in at facebook.com/the3pierres.