Headicus Does the Time Warp, and More Music News 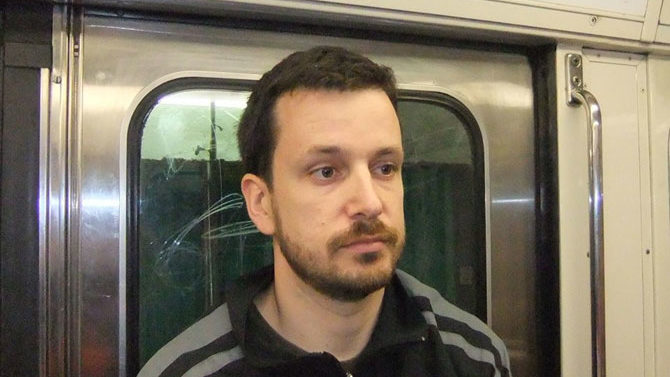 TAKE ANOTHER SWING: Matt Grogan, who writes and records incredibly deft and moody guitar-pop under the name Headicus, cleaned out his archives last year and released a whole bunch of stuff from the past several years. Well, I thought it was all pretty swell. Now, he’s got a brand new EP out named Pictures From Today. You know, over the past several weeks, I’ve felt I’ve hit the local lottery by getting—for the most part—great new records from local bands. This doubles that emotion. As compelling as Headicus’ music is, it seems to exist in a time warp. That’s no slag on it at all, and I hope it appeals to a wide audience, but the most immediate listeners I can imagine are those steeped in ’90s indie rock à la Superchunk, Bob Mould, Pegboy, et al. Highlights are “Southern Grace,” “No Victim” and “Down the Line.” Do the deep dive over at headicus.bandcamp.com.

MY OLD MAN: Gainesville/Athens singer-songwriter Tyler Sloan released his new album, Sea Meets Shore, last month. Right off the bat, it evokes that kind of heavy whimsy folks used to get from the ’70s Laurel Canyon scene. Sloan’s voice almost always occupies that half-husky heavy-sigh area, and it fits the gentle reverb of his guitar production hand in glove. Make no mistake, though—there’s something undeniably dark about this, and I feel it, even if I can’t exactly put my finger on it. The whole record runs a mere seven tracks, but that’s a really tasty slice of tunes. Check it out at tylersloan.bandcamp.com. Catch Sloan at Flicker Theatre & Bar on Saturday, Aug. 4.

ROLL UP TO THE STATION: Tickets are on sale for the first ever Terrapin-hosted Athens Music & Arts Fest of Ale (say it quickly, and say it’s clever). The event runs all day Saturday, Aug. 11 from 1 p.m.–1 a.m. Food will be vended from local places (as well as Chick-fil-A), and there’s an artists market happening, too. Music will happen on two stages—one indoors and one outside. Featured acts are Packway Handle Band, Kilroy Kobra, Chelsea Shag, Misnomer, Harvey Funkwalker, Dream Culture, The Broken String Band, Sarah Zúñiga and more. Tickets are $15, and 10 percent of the proceeds go to Nuçi’s Space. See terrapinbeer.com/event/fest-of-ale-arts-music-festival for all other information.

SEE THROUGH TUNES: Ryan Bousquet makes music under the name Eshniner Forest and has lately been playing shows with the name The Spookie Moon, but his newest album, Mystic Ukulele, is out now under the name Spooky Blue Translucent Moons. True to its name, nearly every song on here is played on ukulele. And there are 12 of them. The only real deviation from the pattern is the spooky (sorry) sounding, in-the-woods feeling on “Moon Warz.” As far as overall look and feel goes, Mystic Ukulele is a very close cousin to The Music Tapes and more esoteric Elephant 6 offerings. Bousquet should be well steeped in that scene, too, because he’s certainly no stranger to the Athens days of yore. He saw action in both Bellhouse and Orchid Pool, as well as Green Bean Go, back in, you know, “the day.” Overall, though, I think I resent the ukulele as an instrument because it always sounds so chipper and happy, and that makes me think it’s lying to me. Explore on your own at thespookiemoon.bandcamp.com.

BRING YR OWN NESBITT’S LIME SODA: Heads up, y’all: Michael Potter is on a tear to out-Potter even his own self. After pretty much earning every jewel in his crown as Athens’ hardest-working experimental music promoter, he’s set to cap the summer with an exceedingly neato show at Hendershot’s Coffee Bar. On Saturday, Aug. 25, he’ll host Mark Hosler of legendary culture jammers Negativland. By my personal calculation, I think this will be the first time Hosler has performed in Athens since the ’90s, but there’s always a chance I missed him somewhere. At any rate, this is a superb booking, and tickets are on sale for a mere $10 ($12 day of show). Also on the bill are Potter and a collaborative improvisational set between Andrew Rieger (Elf Power) and Will Cullen Hart (The Olivia Tremor Control, Circulatory System). For more information, see facebook.com/NullZoneTapes, and get up to speed on Hosler at negativland.com.