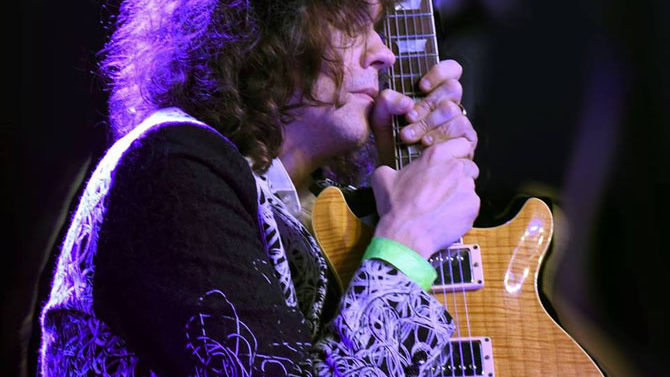 DON’T LET HIM DOWN: Longtime Athens rocker and pro concert photographer Chris McKay has been dealing with some very serious medical issues for quite a while now. He’s been in dire need of specialized treatment and has undergone all kinds of invasive testing. As anyone might imagine, the bills are piling up, and friends are pitching in to do as much as they can. To this end, a fundraiser is being held Sunday, July 15 at The Foundry. Doors open at 6 p.m., and music begins at 7:30. Featured artists are Bloodkin, Rev. Conner Tribble, Michael Guthrie and various special guests. Tickets are a mere $10, and extra donations will be accepted at the door. If you can, please consider donating online to the GoFundMe campaign that’s been set up for Chris. Although his work is known around the world and has been published by nearly all major outlets, he’s still one of ours, Athens. Let’s do what we can. See gofundme.com/helping-chris-with-medical-bills for more information.

TOWER OF SONG: Athens’ own Marty Winkler is hosting the Georgia Women of Song concert at The Foundry on Wednesday, July 18. Doors open at 6 p.m., and music starts at 7:30. Tickets are $6 in advance and $8 at the door. Winkler is a premier singer of jazz and pop standards who has been hiding out from music a little over the past year while taking on acting gigs. She’s celebrating her birthday this night, too. She’ll be joined on the bill by Claire Campbell and Kate Morrissey. Each artist will perform solo and also back up the others. To learn more about Winkler, see martywinkleractingmusic.com and reverbnation.com/martywinkler. For advance tickets, head to thefoundryathens.com.

HIT ME WITH YOUR BEST SHOT: Time was, in the days of yore, that blistering heavy metal was served in rare helpings here in Athens. Sure, you’ve got more loud bands here now than you’d even bother going to see, but it wasn’t always that way. Those who remember will be happy to note that Landspeeder is making another trip to the stage in a super-rare performance Friday, July 13 at the Caledonia Lounge. The band is composed of members Chukky Duxx (aka Chad Williams), Dan Speeder (Daniel Beynart), Dixie Killfeather (Andy “Vern” Vernor), Dusty Blades (Dave Gerow) and Tim “Loptar” Beynart. They’re billing it as a “beach party,” so dress accordingly. Also on the bill this night are Ancient Whales, whose steady and addictive guitar pop is something I can never seem to get enough of.

POLITE SOCIETY: The new EP from Mean Queen came out early last month, and it’s such a cool damn slice of straight-up rock and roll. It’s titled Take a Cool Pill, which makes me LOL, but I also get it. Probably the most immediately grabby song on the whole thing is the opener, “Don’t Go Vapin’ Waterfalls,” but other listeners might be drawn into the heavy ’90s groove of “Laces Off” and/or “Imitation Wilderness.” Listen in at meanqueen.bandcamp.com, and be a pal at facebook.com/meanqueenband.