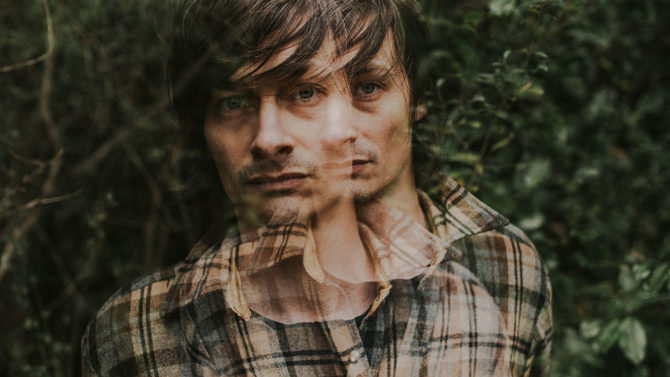 LISTEN IN: The new album by T. Hardy Morris comes out via New West Records on Friday, June 22—he’ll play the Georgia Theatre the same night as part of AthFest—and it’s titled Dude, the Obscure. Personally, I very much appreciate his titular hat tip to author Thomas Hardy, but even more, I appreciate the scope and depth of this whole record. It opens with the drop-dead heavenly “Be” and continues through a full 10 tracks of subtly uplifting tunes. There’s nothing here that beats you over the head, but dammit if they don’t pretty much all drill down in there and remain stuck. Personally, highlights are the aforementioned first track, as well as “When the Record Skips” and “No Reason.” His band these days is a crack outfit that’s been hitting the road kinda hard, so go show some appreciation for their work. If you want to hear the whole thing before the official release show, head to Southern Brewing Co. Thursday, June 14 at 7 p.m. for the listening party and pick up a copy. For more information, see t.hardymorris.com and facebook.com/t.hardy.morris.

CHIEF BEATEOROLOGIST: Two new tracks from WesdaRuler slipped past me, but one of ‘em is super recent, so forgive. The one I shouldn’t have missed came out back in December and is named “Good Weather.” It’s a trippy, somewhat jarring light-bebop experiment. I can’t place the samples, but there’s a tinkling piano, a signature WesdaRuler beat and a weatherman talking about weather. Next up, from last month, is “SpringRainSummerWeather,” which is in many ways a longer and calmer version of the former. Heard sequentially, it’s clear each track has a distinct personality—one shaky and nervous, the other smooth and relaxed—even while using the same source material. It’s like painting two different portraits with the same brushes. I’ve got no idea where the longtime Athens artist is headed with this stuff, but I’m looking forward to seeing where he takes it. Check it out at wesdaruler.bandcamp.com.

TWO FOR FLINCHING: New-ish noisy duo The Formula plays smack dab in the middle of a three-band bill at the Caledonia Lounge on Wednesday, June 13. Also onstage this night are Open and Floral Cemetery. The Formula got in touch with me several weeks ago, and while they don’t have any studio material out yet, they’ve got a live video of a show they did a Flicker, and I’ve let that play through a few times. As a guitar-and-drums duo, they don’t have any problem making a big sound, and I’ve tried for a while to reconcile their exhortation that it’s a psychedelic band with the fact that what I hear is largely MC5-ish hard rock with a little bit of, say, Vanilla Fudge flourish. (Not much of the latter, though.) I suppose it could fit loosely into a sort of acid-rock category, but it needs some further development to really stand out. I’m kind of on the fence with this right now, but, you know, good fences make good neighbors. Go see ‘em and decode for yourself. For more information, see facebook.com/formulamuzik.

ALL GONE!: Country artist John Berry will return to The Foundry Saturday, June 16 to celebrate it being a quarter of a century since he signed his first major-label deal. Before we go any further, let me just tell you this show is sold out already. Now, for those unfamiliar, the premise of the show might sound odd or arrogant or whatever, but as someone who was here in Athens when this happened, I can tell you it was a very big deal, and his fanbase is loyal and decades-old. Before this signing, Berry worked very hard getting his music heard, produced a ton of his own music for years and pretty much played as many gigs as possible. He hasn’t lived in Athens for a while, so this homecoming is a special treat for longtime fans.

VINYL EXAMS: A summer pop-up Secret Record Swap sale will happen at the aforementioned Southern Brewing Co. Saturday, June 16 from noon–6 p.m. Admission is free for the public, dealer tables are $50 per 8 feet of space (you can set up early for an additional $10), and beer will be flowing for sale, too. For more information, see facebook.com/secretrecordswap.