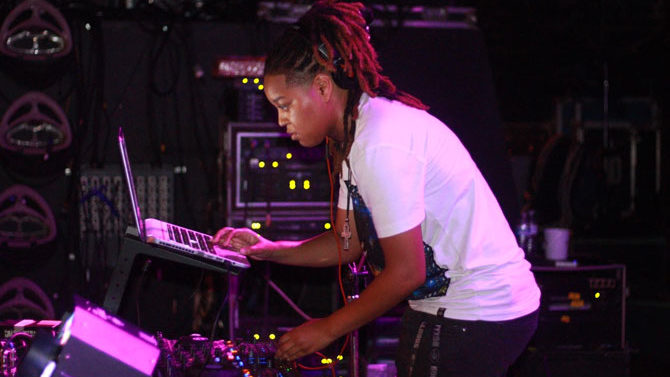 ONE VENUE UNDER A GROOVE: AthFactor-Liberty Entertainment will host “For the Ladies: A Celebration Honoring the Women of Athens” at Ciné on Friday, Apr. 13 at 6 p.m. Featured artists are DJ Lodi Dodi and Stella Groove. Lodi Dodi, whose very name invokes a trail of hip-hop history years long, has played venues and events of varying sizes over the past six years, and is well versed in hip hop, funk, soul and a variety of other styles. Stella Groove was most recently voted best R&B artist in the 2018 Athens Hip Hop Awards, and is performing hot on the heels of her latest release, All of Me. This all-inclusive event is open to all ages.

HOME GROWN: Athens native, rapper, producer, and musician Lapetz (aka Tristan Lapetz) just released a new single named “Time Lines.” The heavily lyrical and downbeat track traces Lapetz’s time growing up in Athens, going to Clarke Central High School, being in college, entering the music business, etc. Generally speaking, it’s fairly similar to myriad other autobiographical rap tracks, but it’s nice to note that Lapetz handled every aspect of the production—from composition to recording—himself, which not everyone can say. Check it out at lapetz.bandcamp.com.

KISS MY GIRTZ: Athens mayoral candidate Kelly Girtz is hosting a series of shows on the Georgia Theatre Rooftop. These are campaign events, but they’re also free, and you can enjoy them while learning about his campaign or drink your weight in gin and forget everything you’ve ever learned. The series is as follows: Hawk Proof Rooster on Monday, Apr. 16 at 6 p.m.; “a special surprise guest” on Thursday, Apr. 26 at 6:30 p.m.; Easter Island on Friday, May 4 at 6:30 p.m.; and Jay Gonzalez on Wednesday, May 16 at 8 p.m. The election happens May 22, and if you’d like to vote but are not yet registered, you can do so at athensclarkecounty.com/160/Board-of-Elections through Apr. 24.

GROUP HUG: Nine piece improvisational band Mister Tie Dye is celebrating the release of its album Neighborhood across two nights at Hendershot’s Coffee Bar this weekend. They’ll be playing their mix of hip hop, jazz, classical and funky tunes on Friday, Apr. 13 and Saturday, Apr. 14. I’d love to tell you what the group actually sounds like, but no one ever sent the album to me. A quick reading through the band’s website and member biographies, though, reveals a host of knowledge and deeply groovy influences that, if used to good effect, should be a nice listen. Check mistertiedye.com. In other news, this show marks the end of the name Mister Tie Dye, and the group shall henceforth be known as Misnomer, which I suppose is just as good.

NETWORKIN’: Through the power of handshakes and friendly introductions, I met up with Athens native and rapper Kid Arsenic (aka De’Sean Owens), and he sent me a couple of tracks to check out. The first, “Feathers,” hits like a slap across the face with its explicit “stop snitchin’’’ message. “Whippin,” on the other hand, has a jaunty piano melody and a smoothly flowing vocal that’s perfect for rolling the windows down and, well, whippin’. Go check him out at facebook.com/KidArsenic.

WHICH WILL YOU GO FOR: Athens musician Will Wise released an EP named Birthmark late last month under the project name Garden Club. The opening instrumental track, unnecessarily titled “Introduction,” is a lovely two-minute dip into Wise’s admitted Nick Drake influence, but he doesn’t fall too far into that and holds his own quite nicely. It’s admittedly difficult to distinguish oneself within a mere four tracks, but Wise makes his best effort on the dream-pop-ish second track, “Will You Love Me in the Morning.” Indeed, this could have been a standalone single and been a fine calling card. I’m more or less nonplussed with the other two tracks, but glad I got to hear this nonetheless. Listen at gardenclubmusic.bandcamp.com.

GET HEAVY: Experimental project Social Circle released its 15-track album Ballet of the Underdog right at the end of last year, and it got shuffled around on my desk and buried under publishing gaps and seasonal ennui. This was all recorded on a Tascam 424 Portastudio and secondhand cassette tapes. It occasionally feels sample-heavy, but mostly, it’s a deeply constructed, heavily lyrical and occasionally devastatingly emotional release. It’s in no way an easy listen, and I had to take it in chunks myself. It is, however, eminently musical, and its non-traditional melodies and rhythms come into clearer focus after multiple listens. Give it a try at socialcircle.bandcamp.com.