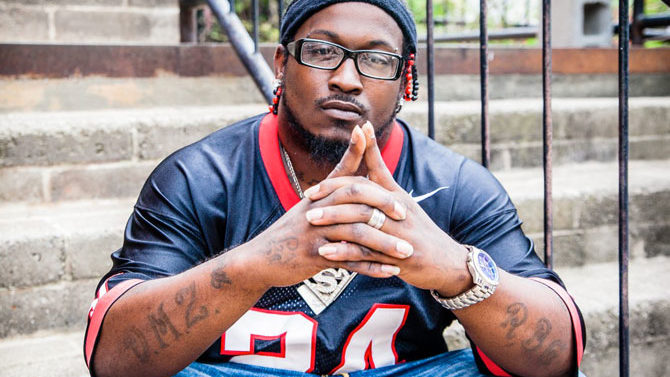 REST IN PEACE: The sad news spread quickly among friends and fans last week that Anthony Little, aka Versatyle tha Wildchyld, died in his sleep Sunday, Sept. 17 after reportedly suffering from an illness for some time. Along with his work as a community activist, Little was a longtime participant and catalyst in the Athens hip-hop scene dating all the way back to the days of the Dreaded Mindz collective. He was most recently featured on fellow rapper Kaliko’s album True Fiction earlier this year. Although he didn’t post very often in recent months, you can find some insight to his thoughts as an artist and citizen at facebook.com/versatylethawildchyld and hear his music at reverbnation.com/versatylethawildchyld.

HAPPY ANNIVERSARY: Tickets are on sale this week for the 25th anniversary listening party celebration of R.E.M.’s Automatic for the People, which also comes 25 years after R.E.M.’s first-ever listening party, for the same album. There will be a viewing of a video retrospective documenting the album’s recording this night, too. The event, at the 40 Watt Club on Saturday, Oct. 21, is presented by the decades-long enthusiasts behind the original Athens online record store athensmusic.net. Proceeds benefit Family Connection-Communities in Schools of Athens and AthFest Educates. A raffle of rare items related to the album and R.E.M. in general will happen, too, as well as the spinning of some unreleased tracks. This all happens from 6:30–8:30 p.m., and advance tickets are $10. See 40watt.com for info and tickets.

RECENT TITLE: Preorder season is open now for the Pylon Reenactment Society’s Part Time Punks Session. While digital copies, of course, will remain available online once the preorder is over, the vinyl version will only be available in select record stores and at the band’s shows. The session was recorded during DJ Michael Stock’s show “Part Time Punks” at Los Angeles radio station KXLU FM. One hundred copies of this will be pressed on orange vinyl, prioritized for folks who pre-order the package deal, which includes a T-shirt. If you just order the vinyl, you get the luck of the draw. The package is $34.99, and the vinyl is $14.99. PRS will play a local release show at The World Famous on Friday, Oct. 20, and I suppose you could pick up a copy there, but if you want it hot off the press, go ahead and order it so it will ship immediately after its release date of Oct. 6. Head to chunklet.bandcamp.com to order, and see facebook.com/pylonreenactmentsociety for all other info.

PICK ONE. ANY ONE: Rob Smith (Wieuca, Jack’s Johnson) released a nine-song record a couple of months ago but didn’t tell anyone. So, I’m telling you. It’s titled Here You Go and credited to Cardio, and Smith says he’ll probably keep this name. Individually, the songs are pretty good, but as an album they don’t really coalesce into anything. There’s just too much going on. That said, the driving guitar tracks, like the perfectly titled “If You’re Not a Punk (Shame on You)” and “Tangle of Cords,” are catchy without being too clever. Honestly, though, skip everything here and play the sweetly understated and gentle “Swimming Hole” first, then work your way through the rest. Just click around. Doesn’t matter what order you choose. Check it out at cardio.bandcamp.com.

SHHH: The folks behind Hush Hush Headphones will host a weekly “silent disco” open mic event at The Globe. The way it’ll work is audience members will hear beats through headphones they receive at the event. The headphones have three channels, and each channel will pick up a different vocalist or rapper, with the backbeat remaining the same. A wild-card aspect is the “usurper” mic, which anyone may pick up at any time and jump in. This is happening each Wednesday night until, I guess, it isn’t. Sign-ups begin at 10:30 p.m., and the shows begin at 11. Artists may also bring their own beats or backing tracks, and the house DJ will spin it into the headphones. Honestly, I’m not sure how any of this actually is going to work, so maybe the best thing to do is drop by and check it out.