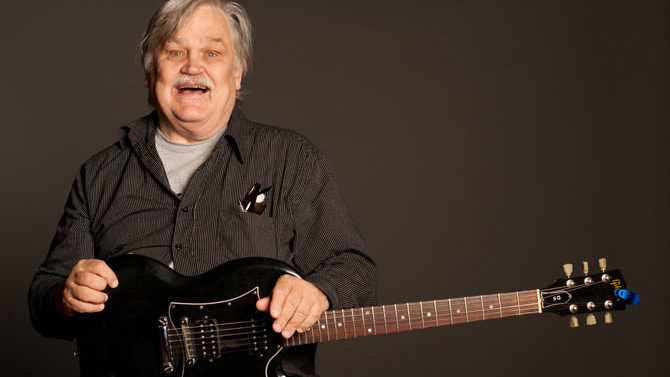 OH COLONEL, MY COLONEL: Col. Bruce Hampton, a Georgia music legend and an inspiration for generations of Athens artists, died suddenly May 1. Hampton was performing at the event “Hampton 70: A Celebration of Col. Bruce Hampton,” at Atlanta’s Fox Theatre in celebration of his 70th birthday. Featured guests included Dave Schools, Duane Trucks, Jimmy Herring, Peter Buck, Mike Mills, John Bell, Billy Bob Thornton, T. Hardy Morris, Chuck Leavell, John Popper and many more. After a four-hour show—and near the end of closer “Turn On Your Love Light”—Hampton passed out on stage. He died later that night. This is a huge loss for both the Georgia music scene and the larger jam-band scene, for which Hampton was something of a godfather. After first making his indelible mark on the world via the Hampton Grease Band in the late 1960s, Hampton became best known for his band Aquarium Rescue Unit. There’s simply not enough room in the column to do his memory any real justice, so I’m just gonna leave it at that. Rest in peace, Colonel.

ALL IN THE FAMILY: The Hernies released the brand-spankin’ new If You Can’t Think, Then You Cannot Be Afraid of the Consequences of Your Actions LP a couple of weeks ago. The 12-song album is well steeped in the past 40-odd years of rock and roll, from Badfinger to Bad Brains and beyond. On this LP, the band stretches and flexes to compact the entirety of its diversity into a mere dozen songs. As such, there’s an aesthetic to the group that’s more than musical. Honestly, for comparison’s sake, the Minutemen—whom The Hernies sound nothing like—were able to pull this off, too. So was NRBQ. OK, and Frank Zappa. At any rate, The Hernies are totally, refreshingly comfortable in their own skin, and this album spans some pretty heavy crevasses between straight guitar-pop, simple psychedelia and otherwise. Be a pal at facebook.com/thehernies, and get your copy of this via your local record shop or orangetwin.com.

THE GRAVITY OF THE SITUATION: The Foundry will host the Classic City Rotary’s first annual Vic Chesnutt Songwriter of the Year award ceremony Thursday, May 11. Doors open at 7 p.m., live music follows immediately and the ceremony starts at 8 p.m. The finalists for the award are Drew Albenesius, Dana Downs, Andrew Huang, Erin Lovett and Sarah Zuniga. Other featured performers are Lingua Franca, Cicada Rhythm, Cortez Garza, Grant Cowan and T. Hardy Morris. Tickets are $10 in advance and $12 at the door. For advance tickets, see thefoundryathens.com.

MICROPHONE FIEND: Beatsmith and producer WesdaRuler (aka Wesley Johnson) just added “rapper” to his resume. On his newest release, 4da99, he steps out on vocals for the first time and does a fine job. His low natural timbre is a little surprising for those used to his speaking voice, but it fits these compositions so well. Speaking of which, the beats on this record are next-level good, with a decidedly 1990s feel and plenty of bebop and cool-jazz samples worked in. Wes deftly mixes the personal and the conscious, which, I suppose, are two sides of the same coin. Specifically, “Turn me up/The Predicament” and “Fools Gold” are complete gems. Don’t sleep. Grab it at wesdaruler.bandcamp.com.

BLOW UP: Concert photographer and songwriter Chris McKay, who’s had hundreds of photos published in the pages of Flagpole, was selected for inclusion in a very cool upcoming project. The Smithsonian Institution sent out a call for submissions for its book Smithsonian Rock and Roll: Live and Unseen, which will see publication via Penguin Random House in October. Three of McKay’s photos were chosen for the project, which may have a related exhibition and is planned for specific use in music education efforts. The Smithsonian regularly updates its ongoing rock photography project at rockandroll.si.edu, and if you’d like to explore McKay’s photography on its own, see concertshots.com. McKay’s latest music is a solo record done away from his band The Critical Darlings titled Songs, Volume 1. You can find that, as well as his substantial back catalog, at criticaldarlings.bandcamp.com.

I NEED THAT RECORD: Athens’ premier crate-digger, Kurt Wood, will host his next Front Porch Record Sale Saturday, May 13 from 9 a.m.–6 p.m. and Sunday, May 14 from noon–6 p.m. There are literally thousands of records to pick from, and prices start as low as a single buck. It all happens at 1080 Oconee St., so hit that ATM hard and go see Kurt.