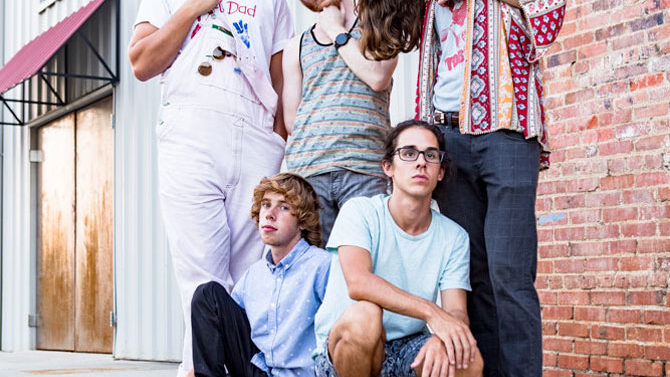 GRIND TIME: Hendershot’s Coffee Bar will host a benefit Friday, Apr. 28 for the buildout of the Skate Park of Athens’ Phase 2 project. Built in 2005 after being unofficially hosted on the former vacant lot where the Chamber of Commerce now sits, SPOA has been popular with skaters since the moment it opened. However, for all its bowl-’n’-curvature charm, there’s not a whole lot with which street-style skaters can engage. This is where Phase 2 comes in. According to previously announced plans, this new area would include “14,000 square feet of concrete [with] a staircase with handrails and hubbas, inclined boxes, ledges and rails, pump bumps and tiny quarters, in addition to a bank wall that will have a raised ledge.” The benefit will feature Dream Culture, Lucky Kitty and the White Rabbit Collective. Technically it’s a free show, but please throw some cash in the collection box. There’s a long-languishing fundraising campaign at gofundme.com/SPOAphasetwo that could use your attention, too.

WHAT DID YOU DO IN THE WAR, GRANDPA?: The Athens-Clarke County Library Heritage Room launched a new podcast a few weeks ago, “Keeping Athens Historical.” The project is headed up by the library’s Head of Archives and Special Collections Rikki Chesley. True to its title, it tracks the history of the Athens music scene through the eyes and memories of different players and personalities. Already available for streaming are episodes featuring scene encyclopedia Paul Butchart (The Side Effects), who will eventually figure in four total episodes following his walking tour of Athens sites, and photographer Jason Thrasher. Upcoming episodes include appearances by 40 Watt Club talent buyer Velena Vego, Nuçi’s Space’s Bob Sleppy, Elf Power’s Andrew Rieger, The Foundry’s Troy Aubrey, rapper Elite tha Showstoppa, Athens Hip Hop Awards organizer Knowa Johnson and native son William Orten “Ort” Carlton. For more information, see athenslibrary.org.

HEY, BIDDER, BIDDER!: The Gretsch Foundation donated a 1999-built, never-sold, 6118 model guitar to AthFest Educates, which got everyone in Drive-By Truckers to autograph it. Now it’s up for auction to benefit the local nonprofit. The auction is live at biddingowl.com, and will end at noon June 25—the final day of AthFest—unless one of you heavy-pursed fans jumps in the deep end and throws down $3,000 to buy it instantly. That’s only the cost of two fancy cups of coffee every day for a year, so scram, cheapskates! Currently, the opening bid is set at $1,700. Head to athfest.com for more information.

GIDDY UP: Creston Spiers (Harvey Milk) has had it with you people, and it’s time to put up or shut up. Unwilling to gain returns on his new music in dribs and drabs, he’s launched a new profile for his output on artist-patronage site Patreon. For a mere $3 each month, Spiers will provide “a symphony, a song and a solo… every month starting July 1. In other words, I will post here… for your listening pleasure, at least 15–25 minutes of orchestra/ensemble music recorded and written, one quality song and one five-minute (minimum) guitar solo a month.” This is more than a bargain, people. This is a new ground-floor opportunity to directly support one of the most creative, rewarding and confounding Athens artists of the past 25 years. Act accordingly. Go to patreon.com and put “Creston” in the search bar. He’s the first thing that’ll come up.

SPIN AROUND: A nice surprise arrived this month in the form of the new album Purple Ghost by Sean McDonald (Heat Sureens, MMM Sound). It’s a tight, 10-track package of surprisingly and satisfyingly tuneful tracks. It’s difficult to discern which parts were performed—as opposed to sampled—by McDonald, but that adds a nice measure of seamlessness to the whole thing. Especially hot are “Florida Man” (featuring saxophone by Margo Summer Fortune), the vapor-y “October / December” and the layered vocal work of “Purple Heart.” Overall, it’s a fairly positive, mood-enhancing record that I didn’t mind repeating a few times in a row. Check it out at purpleghost.bandcamp.com.

LUCK OF THE POT: There’s a variety show Tuesday, May 2 at the Georgia Theatre to benefit local photographer Jason Thrasher’s Athens Potluck book, which he plans to publish later this year. The concert will feature musicians featured in Thrasher’s series and others, including the Pylon Reenactment Society, Patterson Hood, The Darnell Boys, Don Chambers, Jill Carnes, Vernon Thornsberry, T. Hardy Morris, Mike Mantione, Dave Marr, John Neff, Jim Wilson and Art and Margo Rosenbaum. You can trade your ticket stub at the merch booth for a $10 discount on a book pre-order, too. Check out athenspotluckbook.com for more info. [Gabe Vodicka]