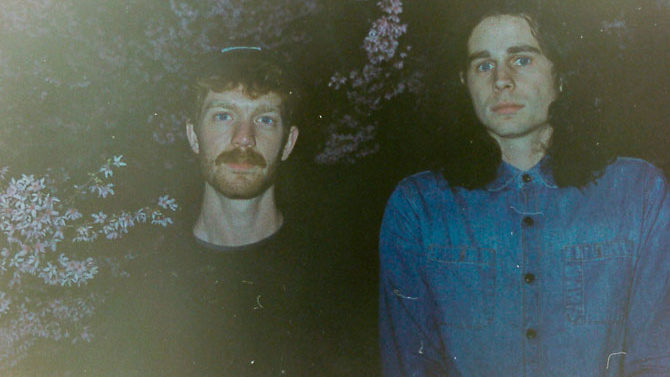 SON’S OUT: The new full-length album by Son & Thief comes out Friday, Apr. 21, and a release show is happening at the 40 Watt Thursday, Apr. 20 with Wanderwild. The new record is named Repair and spans 12 tracks. As with bands like Talk Talk, I’ve always had a slippery time with Son & Thief. Part of me wants them to be more explicitly part of a genre or style, while another part wants to excoriate them for sounding too much like something I can’t put my finger on. Everything on Repair is familiar and recognizable, but not exactly place-able. It’s airy without being arid, expansive without being weightless and moody without being petulant. There are distinct moments of sheer beauty (“Close Your Eyes”), needless place-holding (“Spaceman,” “Where Am I to Hide”), and audio coolness (the applause on the title track sure sounds a lot like rain to me). The frustrating thing about the album and the band is that I’m sure there’s a clear personality just under the surface that’s trying like hell to come out, but it’s being held back by musical trends and studio fashion. Harsh as that sounds, it’s much better than being clearly devoid of personality, which Son & Thief is most definitely not. Keep up to date at facebook.com/sonandthief.

THROW YOUR HANDS IN THE AIR: Joseph Napoli, conductor and founder of the Athens Master Chorale, was recently honored by that group for his decades of choral conducting. Napoli’s performing history extends back to the mid-1960s, when he sang with the Metropolitan Opera National Company during its first tours of the United States. He is also a noted horticulturist and former schoolteacher. In his honor, the past and current members of the Athens Master Chorale presented Napoli with a commissioned work from Norwegian composer Kim André Arnesen. It is a new version of the antiphon (e.g. call-and-response) “Ubi Caritas” titled “Ubi Caritas et Amor.” The group’s next concert happens Saturday, May 20 at UGA’s Hugh Hodgson Hall, where the performance will be Felix Mendelssohn’s “Elijah.” The concert begins at 8 p.m., and Napoli will present a pre-concert lecture at 7:40 p.m. Tickets are $12.50 for adults and $7.50 for students. See athensmasterchorale.org for more information.

DIG IT: Ian Hemerlein (Kwazymoto) has a new EP titled Entertainers out under the name Saint Syzygy. Yes, it’s a side project completed at home with an acoustic guitar, but that’s where the similarities between this and a million bad ideas ends. While the EP only contains four songs, they’re all really well composed and have a depth of feeling and consciousness of process that can’t be ignored. This quality is most obviously present in the breakdown toward the middle of “Cold Snap of March/A Plea,” with its needly guitar and heartbeat-like bass-drum beat. The mariachi-esque Dylan-isms of “Untamed Ego” are more welcome than not, and the heart-on-sleeve lyrical admissions of the title track do justice to its whimsical melody. Check it out at saintsyzygy.bandcamp.com.

ZONE DEFENSE: Athens’ Null Zone label is releasing a new batch of recordings this week and will celebrate this group birthing at Go Bar Wednesday, Apr. 19. This new batch features Camouflage Music from Future Ape Tapes, Dank Hell from Leisure Service and Drinking Under the Table from Smokedog. Unfortunately, I’ve not had a lot of time to really sink my teeth into any of these, but I trust the artists involved to always be challenging and mostly rewarding, and I trust the label to perform the same way. Head to nullzone.bandcamp.com and spend some money.