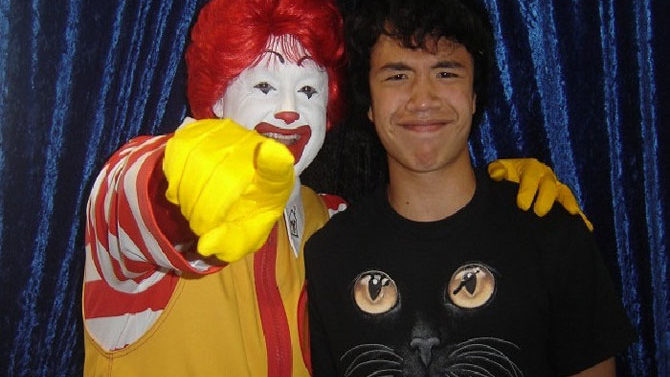 SEE YA LATER: Athens musician and songwriter Daniel Tanghal played his last Athens show with his project Meth Wax last week. You could go up to Augusta and catch the band with Nihilist Cheerleader on July 11, but we both know you’re not gonna do that. Over the past three years, Tanghal released 11 titles ranging from singles, EPs, and full-length albums, with the latest being the self-titled album Meth Wax this March. Although always pretty much guitar-driven, Meth Wax covered an awful lot of ground within that stricture and delivered a heady mix of psych-pop, garage scorchers and weird beatnik-y lo-fi numbers, and was always interesting and creative without following any specific lead. I know I’ll miss this presence on the scene. Tanghal reports his reasons for ending the band are basically that he’s heading into his senior year in college and wants to concentrate on that. He also reports that he might return to music in the future, in which case I’ll just hold out hope. For now, bookmark methwax.bandcamp.com and drink up.

DON’T LOOK BACK: An Athens-related songwriters’ workshop will happen in Washington (40 miles east on Highway 78) Saturday, July 9. It takes place at a gorgeously restored 1920s-era building named The Retro, which is located on the same patch of land that once housed the home of Georgia’s first female publisher, Sarah Porter Hillhouse, and a boarding house outside of which then-candidate for the Georgia House of Representatives (and later U.S. Secretary of War, Treasury Secretary and ambassador to France) William H. Crawford killed a political opponent in a duel in 1802. So that’s reason enough to go check this place out and grab some vibes. Your other reasons are the performances by Betsy Franck, Caroline Aiken and Daniel Hutchens. The event is BYOB, but food is provided, and it’ll cost ya $15. See washingtonretro.com for more information and directions.

NEW KIDS ON THE BLOCK: Although they’ve only a two-track demo under their belt right now, new-ish band Einschlagen (meaning smash, gouge, strike) has taken over the repeat button this past week for me. These songs aren’t even being promoted as an actual release, but they’re located at einschlagen.bandcamp.com if you want to give them a listen. But why would you, right? Well, because the instrumental “Not Your Fault” is as close as you’re gonna get to a modern band capturing the textural moodiness of Southern—and, more specifically, Athens—ennui since Love Tractor. And because in less than two minutes “Pizza Face” packs every bit of anxiety, catharsis, anger and resignation into a drivingly tuneful package that demands full volume. The band is made up of Taylor Chicoine, Spencer Grimm and Zach Spires, and the demo was recorded by Chicoine at local house venue Pity Party.

LOOKING UP: Athens rapper Yung Cuz released a new track titled “Came a Long Way” last week. It’s off his upcoming EP Let’s Get It, and comes courtesy of Cuz’s own N-Block Records. It’s a strikingly positive track even as it winds through reflections of regret, and thematically (although not at all musically), it reminds me most of Athens indie-pop songwriter Jianna Justice. And just like the best hardcore punk rejects that genre’s poseur-ish hyper-masculinity, Yung Cuz does this with this track. The beat is slowly paced but a total step up from the generic trap beats that have populated basically everything for the past three years (hat tip to producer Spectro). You can check this and more N-Block stuff over at soundcloud.com/nblock-records.

TAKE A BREAK: Creature Comforts and Slingshot will host their next co-promoted Industry Night Monday, July 11. As always, this event is free for restaurant, bar and package sale employees who bring proof of employment and will run from 5–8 p.m. Non-employees can still attend at the regular brewery tour price. Featured live performers this time are Wieuca and Oak House.