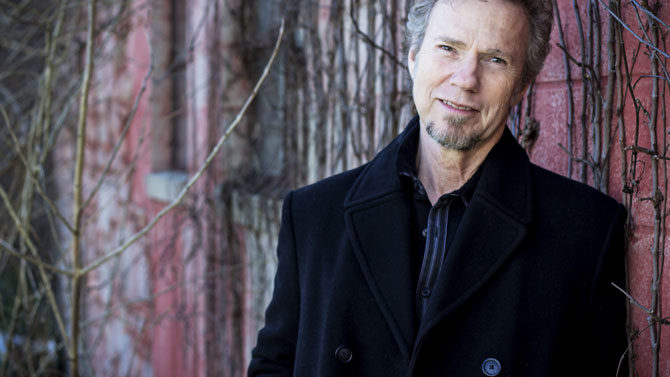 COME TOGETHER: On Friday, July 8 Randall Bramblett, the Rick Fowler Band, Dylan Brady and special guests will perform at The Foundry in benefit of Camp Twitch and Shout. It’s a camp for kids with Tourette’s Syndrome, a neurological disorder characterized by vocal and motor tics that is still pretty misunderstood, although public awareness over the past 20-odd years has improved. Fowler was diagnosed with Tourette’s in the 1990s. This year’s camp runs July 3–8 and is held at Fort Yargo State Park in the Camp Twin Lakes area. The camp doesn’t turn anyone away for financial reasons. Tickets for the benefit show are $20 in advance, $25 at the door and doors open at 6 p.m. with music starting at 7 p.m. For more information, see camptwitchandshout.org.

GIMME DAT DING: Though he releases new music at a snail’s pace, it’s always a welcome treat when Jonah Cordy brings out a new song by his project Kites With Lights. Seemingly determined to continue with this maple-drip of a schedule, he released a new song, “Feeling Better,” last week. The idea is that it’s the first song of a planned EP, and he’ll keep adding songs until it reaches EP status. Please note, though, there’s “no exact date set for that,” and I wouldn’t expect anything else. Truth be told, the only reason I’d complain about a thing like this is because Cordy’s material is just so damn good. As I’ve said before, he’s the only composer in Athens who seems to understand that it’s both subtlety and grandeur that make for great synthpop. Although his hat tips solidly toward the 1980s, to me it feels timeless. Grab your slice of bliss at kiteswithlights.bandcamp.com, and keep up over at facebook.com/kiteswithlights.

SHAKE IT UP: The Georgia Museum of Art will host its next Museum Mix event Thursday, June 16 from 8–11 p.m. Obviously this happens at the museum, and it always features art, music, food and drink. This time, music is provided by DJ Mahogany and art is provided by “over 130 works by 60 big-name contemporary artists.” So, hell yeah, right? These events are free and open to the public, so go engage with your local museum and be thankful we have such a nice resource in town.

THE NEW SOUNDS: He’s been spending more and more time as a member of the newly formed Space Dungeon collective lately, but beatmaker WesdaRuler (aka Wesley Johnson) is still spending his nighttime hours creating new music under his own moniker. He just released a new nine-track album named [I N] da [M I N D], and, true to its title, it may be the most cerebral thing he’s done. Indeed, the 17-minute title track is composed of all the other tracks stitched together so the listener can stay solidly in a headspace of uninterrupted listening. Beyond this, I’m starting to notice subtle tonal and structural aspects in Johnson’s compositions. This time around, careful listening brought up specks of Miles Davis and Stevie Wonder. Nothing explicit, mind you, and sometimes only a bar or two deep within a track. But there’s something there. Hear for yourself over at wesdaruler.bandcamp.com, and for more information, see facebook.com/rulerdawes.

SHOPPING TIME: Pre-order season is underway now for the upcoming album by of Montreal. The new record, titled Innocence Reaches, comes out Aug. 12, and the first single, “It’s Different For Girls,” is available for streaming now. There are all sorts of items available, from plain ol’ vinyl to super-fancy vinyl to cassette tapes and more. Check out the stream and place your orders at ofmontreal.bandcamp.com.

THIS IS THE LIFE: The fly-fishing enthusiasts at Atlanta collective Winged Reel are dedicated to promoting the sport and art of the practice through video, photography, etc. To this end, they just released a short video focused on Athens’ own Hunter Morris (Blue Blood), who also runs the guide service Fly Fishing North Georgia. It’s beautifully shot and is a nice exploration of a man with twin passions and the sacrifices necessary to tackle each with respect and care. It’s titled By Night, By Day—A Short Film Of Rock and Fly Fishing, and can be seen on Vimeo. Check out Blue Blood via bluebloodathens.bandcamp.com, and learn more about Morris’ service at flyfishingnorthgeorgia.com.