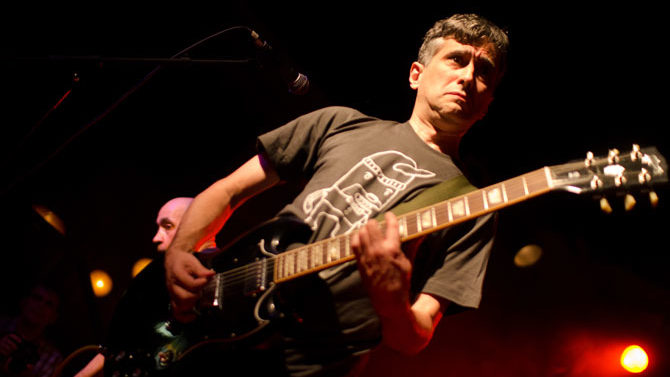 POPTIMISTIC TIMES: After a nearly five-year absence, the Athens PopFest will return this summer. Spearheaded by its founder, Mike Turner of HHBTM Records, the festival will hit stages around town Aug. 10–13. Submissions for performance slots are being accepted as we speak and cost $6. Although the genres exhibited at PopFest have expanded since its inception in 2004, I implore you to check out past lineups and press coverage for an idea of what has the most chances of being accepted. Then again, if your death metal band really doesn’t mind throwing six bucks out the window, go for it. Full disclosure: I was a partner in PopFest from 2008–2012. I’m not anymore, but still think a disclosure is necessary. Congratulations to Turner for pulling this together again. See athenspopfest.com and facebook.com/athenspopfest for more information.

UP FOR AIR: After a more than two-year hiatus, Athens rock band The Starter Kits are back and have just released a new, self-titled album. It was actually finished several years ago, but without resources to release it, it languished unheard until now. Led by the singing and guitar playing of Mikey Dwyer, the album also features Dan Orchik and Jamie Coulter—who also compose the live band—and additional performances by John Neff, Neil Golden and Chris Ellenburg. It was mixed by Kyle Spence and mastered by Derek Almstead. Because Coulter is moving this summer, this new record, the group’s release show last week and a few upcoming live dates are some of the final steps The Starter Kits will take as a band. Dwyer may retain the name for use later, but the trio, as such, is almost over. If you are a fan of intelligent, emotionally wrought, guitar-driven tunes, find a live show and savor it. The new album is available for streaming on Spotify and for purchase at all major digital online markets. Check it out via cdbaby.com/thestarterkits.

OPEN UP: Singer-songwriter and multi-instrumentalist Matt Martin just released the first EP from his project Wanderwild. It’s titled Fleeting, and is probably the best example Athens has had in years of that big-room production style popularized by the likes of Imagine Dragons, Coldplay and Muse. You can’t help but notice it, and in all honesty, that’s part of the idea. The notes for this record mention that Martin “uses Wanderwild as a vehicle to chase his love for both songwriting and production.” There’s kinda no mid-point with this stuff. You mostly either like this style of production or you don’t. I tend to like it if it serves the songs, and for the most part, on Fleeting, it does. Martin’s songs are big, semi-moody pop numbers, and he does best when he stays this course. Mid-point tracks and side steps like “Misty Morning” may add some texture, but on something this smooth-sounding texture is actually a speed bump. Check it out over at wanderwild.bandcamp.com.

SIX PACK: Mamie Davis released a live EP from her recent show at The Foundry. Cleverly and plainly titled Music That Was Live, the record has six songs and a whole lotta personality. There’s a version of the newly released track “Valero Stations” that I think is better than the studio version. There’s nothing terribly fancy about this new EP, but it’s a fine little document of what Davis is sounding like this final spring before she starts college in Nashville this fall. Keep your eyes peeled for upcoming live shows and more. Check out both the new EP and “Valero Stations” single over at mamiedavis.bandcamp.com, and fan up at facebook.com/mamie.davis.music.

PASTEL VISION: Athens electronic label Plus 100 just released a new album by Vaperror titled Acid Arcadia. Although the project name obviously tips its hat to vaporwave, there’s not much of that on this particular record. Composer Jeff Cardinal mixes all sorts of influences here, including happy hardcore, heavy breakbeat patterns, glitch, ambient and more. Nearly every track clocks in solidly under three minutes, which means most are super ripe for remixing, and it’s only a matter of time before some smart producer takes this upon him or herself. Dig this new collection at soundcloud.com/vaperror, as well as a ton of other Vaperror work, and check out the rest of the Plus 100 catalog at plus100.bandcamp.com.

HEY, MAN: Athens musician and composer Ayman Tartir, who performs professionally as simply Ayman, is known for his instrumental work, which fuses North American compositional elements (jazz, pop standards, showtunes) with influences from his parents’ native Tunisia and other North African and Middle Eastern locales. He has a new single out this week titled “This Time Tomorrow” which should be available at his website as we speak (but wasn’t at press time). Check him out at aymanworldfusion.com—music there requires a Spotify installation—and facebook.com/aymanworldfusion.