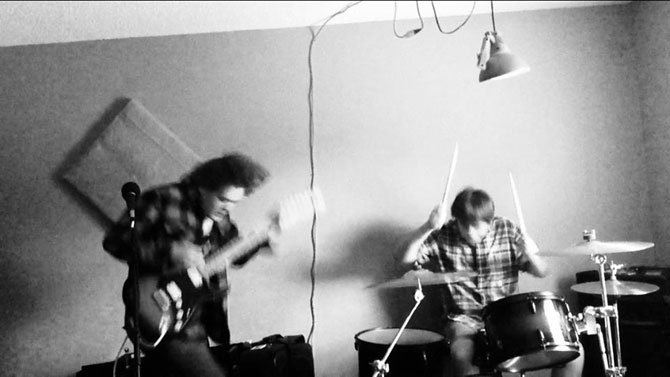 Let me welcome you to the final edition of Threats & Promises for 2015. It’s been a pretty spectacular year for Athens music, during which I’ve been continually edified by the bursts of spontaneous, non-hierarchical creativity. This was the first year since I’ve been writing this column where I noticed a substantial portion of the Athens music scene making no overt appeal for coverage, patronage or approval, and it’s a change I welcome wholeheartedly—even though it makes certain research aspects of my job increasingly difficult.

It also, however, ushers in a refreshing freedom whereby none of us have to pretend we’re great friends just to get our jobs done or our art out to the public. We can deal with each other honestly, willingly and in a spirit of camaraderie, as opposed to the glad-handing and phony mutual-admiration-society culture the Athens music scene has fallen willingly into in the past. There’s a difference between being tightly knit and pretending an emperor has new clothes.

Here’s to furthering this spirit of creativity free of forced community and, in turn, building our associations through respect, enthusiasm and a never-satiated curiosity about the cool stuff that’s always just about to happen. See ya in 2016!

CLICK IT FOR TICKETS: There’s been a certain amount of teeth-gnashing among Widespread Panic fans ever since tickets for the group’s February performances sold out immediately after going on sale. But guess what? A pair of passes for each show has been added to the prize package for the Nuçi+1Pass contest. This is a raffle where entries cost $5 and the winner gets passes for him or herself plus a guest to nearly every show happening in Athens for all of 2016. Enter as many times as you want. If you spend at least $100, Nuçi’s Space will double your entries. It really is a hell of a deal, and a great effort made by all the associated venues to promote Nuçi’s Space. Please see nuci.org/nuci1pass to enter, and remember, the deadline is Dec. 16, with the drawing to be held the next day. Good luck, y’all!

KWAZY IS AS KWAZY DOES: Athens duo Kwazymoto just released its new five-song EP, Darkroom. It’s a much more solid and cohesive release for the heavy garage-y/bluesy band than The Gypsy Farm EP, which they released back in July—although that was no schlubby affair, either. But they really shine on this new record, and reach outside their comfort zone via psychedelic excursions (“My Insecurities Come Threefold”), gorgeous group vocals matched with Grateful Dead-ish guitar runs (“Sanctimonium”) and straight-up house rockin’ (“Poor James”). As with the first record, guitarist/vocalist Ian Hemerlein and drummer Kody Blackmon recorded this release with Zeke Sayer out at his Gypsy Farm studio. It’s pretty crystalline sonically, too, betraying an attention to detail that should be envied by a lot of folks. All told, Kwazymoto is a welcome addition to the Athens scene, but good Lord, what an awful name. But if, say, Diarrhea Planet can rise above its disastrous moniker, so can these guys. Check it out at kwazymoto.bandcamp.com, and be a fan via facebook.com/kwazymot0.

WHAT’S THE WORD?: It’s nomination time for the 2016 Athens Hip Hop Awards. Balloting opened a couple of weeks ago, and actual voting on those chosen as nominees will happen early next year. This is the fourth annual occurrence of the Hip Hop Awards, and the ceremony will take place in March at a to-be-determined location. Because these awards take into account Athens’ black community as a whole, there are categories for barber shops, beauty salons, restaurants and more. New this year is a “People’s Choice” section, where the winner will be invited to perform during the ceremony. For all other information, see athenshiphopawards.com.

MATCH GAME: A cool thing is brewing at Hendershot’s Coffee Bar the third Sunday of each month from 6–8:30 p.m. It’s called Classical Revolution, and once you get past the kinda hoary Communist-inspired graphics promoting the event, you find a really neat meeting between town and gown. The idea is to have folks from the UGA music school come together with members of the Athens music scene and make, uh, music! Hendershot’s owner Seth Hendershot says there’s “no cover, and [it’s] basically small chamber groups, solo artists [and] large string ensembles getting together and throwing down on some classical music.” I’m ’bout it! It’s all organized by the totally creative Maria Kindt (Family and Friends, Small Science), and you can catch up on all info at facebook.com/classicalrevolutionathens.