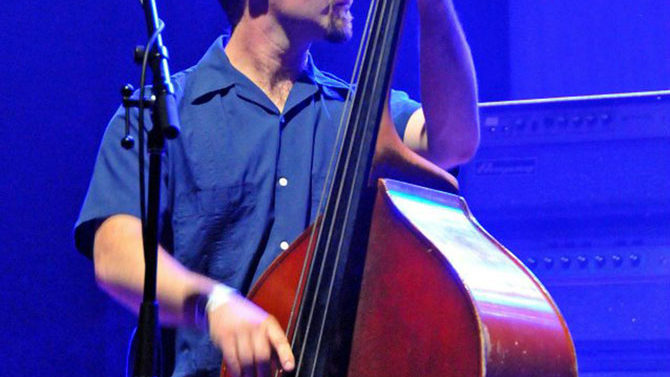 KEEP YOUR FRIENDS CLOSE: There’s a memorial concert for late Athens musician Carl Lindberg happening Thursday, Oct. 1 at The Foundry. Lindberg, who passed away May 15, will be honored by his friends Kenosha Kid, as well as two groups in which Lindberg was a member, Grogus and Squat. Plus, special guests Clarence Cameron and Jason Fuller. The night is to be a celebration of Lindberg’s legacy and life, with all proceeds benefiting the Carl Lindberg Memorial Scholarship Fund. This money is to be funneled to kids participating in the Camp Amped program at Nuçi’s Space. Tickets are $8 in advance and $10 the day of the show. Doors open at 5 p.m., and music begins at 8 p.m. In addition, there is another tribute to Lindberg planned for Friday, Nov. 27 at the Georgia Theatre, featuring DubConscious. Please see thefoundryathens.com and georgiatheatre.com for tickets and information.

THE ALL-NIGHT DINER OF YOUR LIFE: Former Flagpole music writer, Athens musician and longtime filmmaker Marc Pilvinsky, who now lives in Los Angeles, released a short documentary about the story behind the reissue of Five Eight‘s sophomore album, Weirdo. Truth be told, it feels weird to refer to this as the band’s second album, because Five Eight had released at least two well-selling cassettes prior to ever doing a record with a label. So Weirdo was really, like, the group’s fifth release, but I digress. The album was released in 1994, but the band was never pleased with the way it sounded, so they took the tapes back to the studio and did it up again with original producer David Barbe until it pleased their ears. The remixed, remastered album was released via Austin, TX label Chicken Ranch Records and includes five new bonus songs. The band celebrated its re-release last week. The Pilvinsky doc is about 18 minutes long, so sit back in your chair and take a break. You can check it out via vimeo.com/marcpilvinsky, and visit the band itself at fiveeight.com.

DON’T LET THE SUN GO DOWN ON ME: The now-a-trio Historic Sunsets, featuring the songwriting of Thibault Raoult, will release its new album, Girl with Lute, 1927, Saturday, Sept. 26 at Flicker Theatre & Bar. Also on the bill is new Athens artist Jacob Sunderlin, as well as Small Science, featuring Maria Kindt (Family and Friends), also releasing a new album this night. The Sunsets record takes its name from an iconic work by Croatian sculptor Ivan Meštrovic. They’re billing this night as “Biennale,” and it will feature visual art by Jourdan Joly and is supposed to be a “continuation of an art/music/literature event that happened two years ago (hence, biennale) at UGA art professor Michael Oliveri’s studio on Broad Street.” So, yeah, that’s a little inside baseball for most of you readers—and this writer—but if you’re in the mood, or at least open to exploring the intersection of acoustic moodiness and clear jazz and blues melodies, check out the first five tracks from the new Sunsets album at historicsunsets.bandcamp.com. The band will also play “Live in the Lobby” at WUOG 90.5 FM on Thursday, Oct. 1.

ROLLIN’ INDEED: The Broad River Watershed Association is hosting its annual River Fest Oct. 2–4 at Camp Kiwanis (2613 Old Wildcat Bridge Road in Danielsville), and while this certainly isn’t a column about camping, you’ll be edified to know the music lineup is pretty damn stellar. Between Friday and Saturday, the lineup will feature Wild of Night, Shade, Crunchy, The Hernies, Elf Power, Scott Spillane EXP, the Shoal Creek Stranglers and the Athens Cowboy Choir. For all you townie football fans—who are getting a lotta love in the pages lately—the UGA football game against Alabama will even be projected at the site’s Franklin Hall. For $10, you get into all events Friday and Saturday, but if you’re going to stay overnight, you’ve gotta get a camping pass ($5 for both nights) or a rent a bunk in a cabin ($20). Yes, it’s “kid-friendly,” so stop asking already. No dogs or glass are allowed, so don’t bring ’em. For more information, see brwa.org.