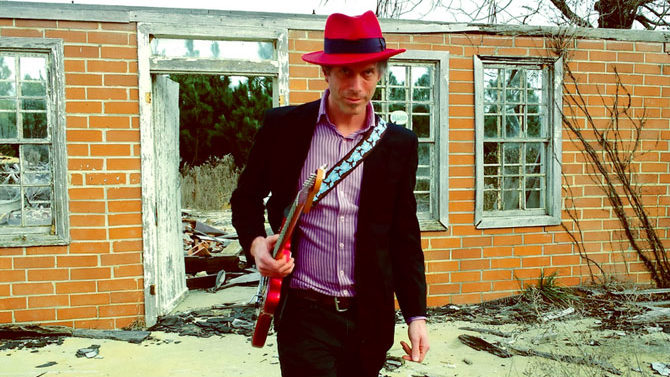 HE’S YOUR BOOGIE MAN: Longtime Athens musician and instigator of the popular annual Wild Rumpus event Timi Conley released his newest album with his band Kite to the Moon this week. It’s titled Songs in the Key of OMG, and it’ll be celebrated with a party on the Georgia Theatre rooftop this Friday, Aug. 21. There’s a free download of the track “Night Frisbee” available now, as well as some tracks streaming from the new record. Check it all at timiconley.com.

ALL YESTERDAY’S PARTIES: Art Rocks Athens has two blockbuster shows happening back-to-back. First, on Friday, Aug. 28 at The Foundry, are the Glenn Phillips Band, featuring Cindy Wilson (B-52s), with Dexter Romweber (Flat Duo Jets) opening. Phillips was a founding member of Atlanta’s legendary Hampton Grease Band and has enjoyed a remarkable solo career, including several collaborations with Henry Kaiser and the stunning Lost At Sea LP in 1975. On Saturday, Aug. 29, Live Wire will host Fred Schneider & Supa-Fine, Kevin Dunn, The Fantastics and The Pylon Reenactment Society. It’s kind of difficult to wrap my mind around how stacked this bill is. First, Schneider’s band (Ryan Monahan, Bryan Poole, Jason NeSmith, Lemuel Hayes, Nicholas Mallis and Dana Downs) will back the B-52s’ singer’s first performance of solo material since 1996. Then, you’ve got new-wave instigator—and legend in his own right—Kevin Dunn (not coincidentally, co-producer of both the B-52s’ and Pylon’s debut singles in 1978 and 1979, respectively). But the curiosity and hopeful thrill of the night is the Pylon Reenactment Society, composed of Jason NeSmith, Kay Stanton, Joe Rowe, Damon Denton and Vanessa Briscoe Hay on vocals. I never thought these songs would be played live again after the passing of Pylon guitarist Randy Bewley in 2009. That said, if there was ever a group of musicians to give the material the respect and justice it requires, it’s these folks. There are several other events happening during this year’s Art Rocks Athens week, and you can find them all at artrocksathens.com.

HANGIN’ TOUGH: There’s no easily accessible Facebook page or other social media for Athens duo Crunchy, but so what? The pair, composed of Phelan LaVelle (Shade) and Kathleen Duffield, play a sweaty, psychedelic brew of heady rock and are currently riding a wave of creativity that rivals anyone else in town. To wit, dig the Spicy World EP, which just came out a couple of weeks ago. Personally, I fall hard over tracks like “Over It,” with its pummeling, doomy rhythm and double-tracked vocals, and am less inclined to go for tunes like “DUOP,” which is way too sing-songy in the particular early-1990s way that made bands like Bratmobile such a bore. Crunchy doesn’t stay there for long, though, and the rest of the EP is really good. Jam on it via soundcloud.com/crunchy-10.

RETAIL THERAPY: Portland, OR’s Unknown Mortal Orchestra will play the Creature Comforts parking lot, with Mothers opening, on Thursday, Aug, 27. This show is being thrown by lifestyle retailer Urban Outfitters in celebration of its new downtown Athens store. The show is free, but ticketed; you’ll claim your ticket by downloading the Urban Outfitters app on your phone and showing it to an employee at the Clayton Street location. The concert is being presented in association with the Slingshot Festival, Nuçi’s Space, the Townie smartphone app and others. While the music takes place outside, local craftspeople (including Forged & Found, Condor Chocolates, Piedmont Provisions and more) will display and sell works inside the building as part of a “Dreamers and Doers” marketplace. Plus, there’ll be complimentary drinks and a special glass for sale that benefits Nuçi’s Space. Doors open at 8:30 p.m.

WHAT’S IN A NAME?: OK, I have no idea if this just hit the web or not, but it’s news to me, so let me at least pretend it’s news to you. Former Athenian Roy Coughlin has uploaded a bunch of his music to his Bandcamp page, and while most of it is his solo work—the overwhelming portion of which is very dark and at times uncomfortably intimate and personal—I’d like to draw you attention to the full band known as The Sugar Dicks. The goofily named group, which existed toward the end of the first decade of the 21st Century, was adept at constructing Neil Young-ish guitar tunes, and was a fairly solid fixture on the then-vibrant house show scene. Also, their song “You Don’t See” is a straight rip of John Cougar Mellencamp’s “R.O.C.K. in the U.S.A.,” so don’t think I’m letting them get away with anything. The group was composed of Coughlin, current Flagpole music editor Gabe Vodicka, Corey Loomis, Kevan Williams and Adam Bewley. Have some fun and dig around at expatrecordings.bandcamp.com.